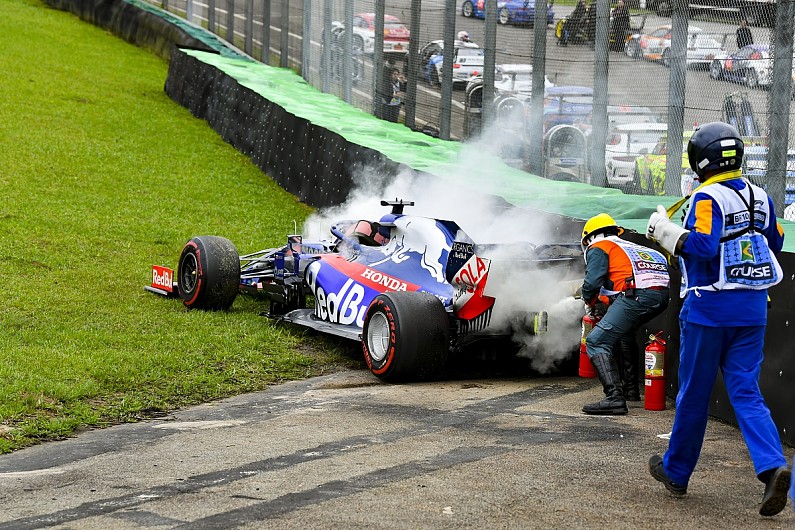 Daniil Kvyat’s off at the end of Friday practice at the Brazilian Grand Prix was caused by a ‘complete shutdown’ of his Honda-powered Toro Rosso Formula 1 car.

Kvyat and his team-mate Pierre Gasly both suffered failures in FP2, with Gasly grinding to a smoky halt and Kvyat sliding off and nudging the barrier at the penultimate corner with an obvious car issue.

While Toro Rosso and Honda have not yet identified the origin of the problem they have confirmed Kvyat crashed due to a “complete shutdown”.

Honda and Toro Rosso are now investigating the cause of the problem and Gasly’s engine failure, neither of which will impact the drivers’ respective weekends because they were using older engines which were due to be switched to fresher units anyway.

“Something broke in the car, I don’t know exactly what,” said Kvyat. “The car was out of control and stopped, that’s it.

“I don’t think it’s going to be a big problem.

“Something locked on the rear and I lost control of the car because of that.

“Everything switched off immediately.” 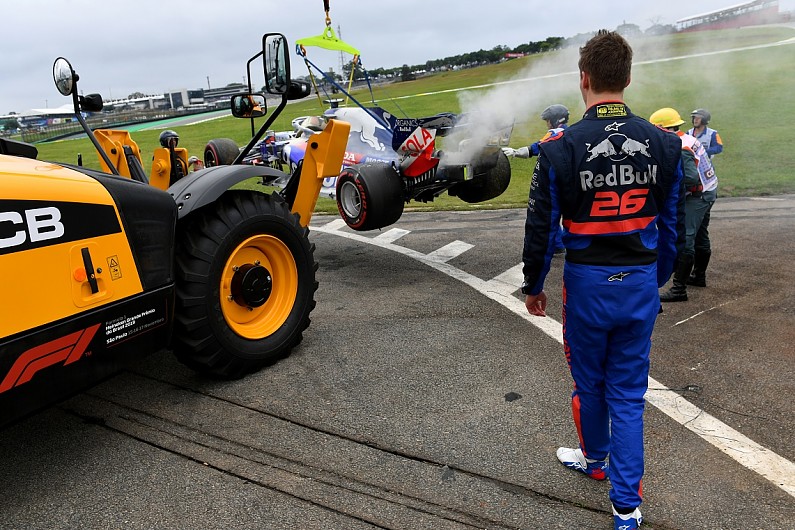 Toro Rosso chief race engineer Jonathan Eddolls said the team’s mechanics had been left with “quite some work” on Friday evening, and that the problems curtailed “pretty reasonable” long runs for both drivers.

“Unfortunately, we’ve had an issue on the PU side for Pierre, which cut his long run short,” said Eddolls.

“Then towards the end of the session, there was some problem with Dany’s car where it completely shut down, and it looks like that’s what caused his spin.

“We lost all data and connection, so we have to investigate the cause for it.

“There’s quite a bit for us to work on ahead of tomorrow.”