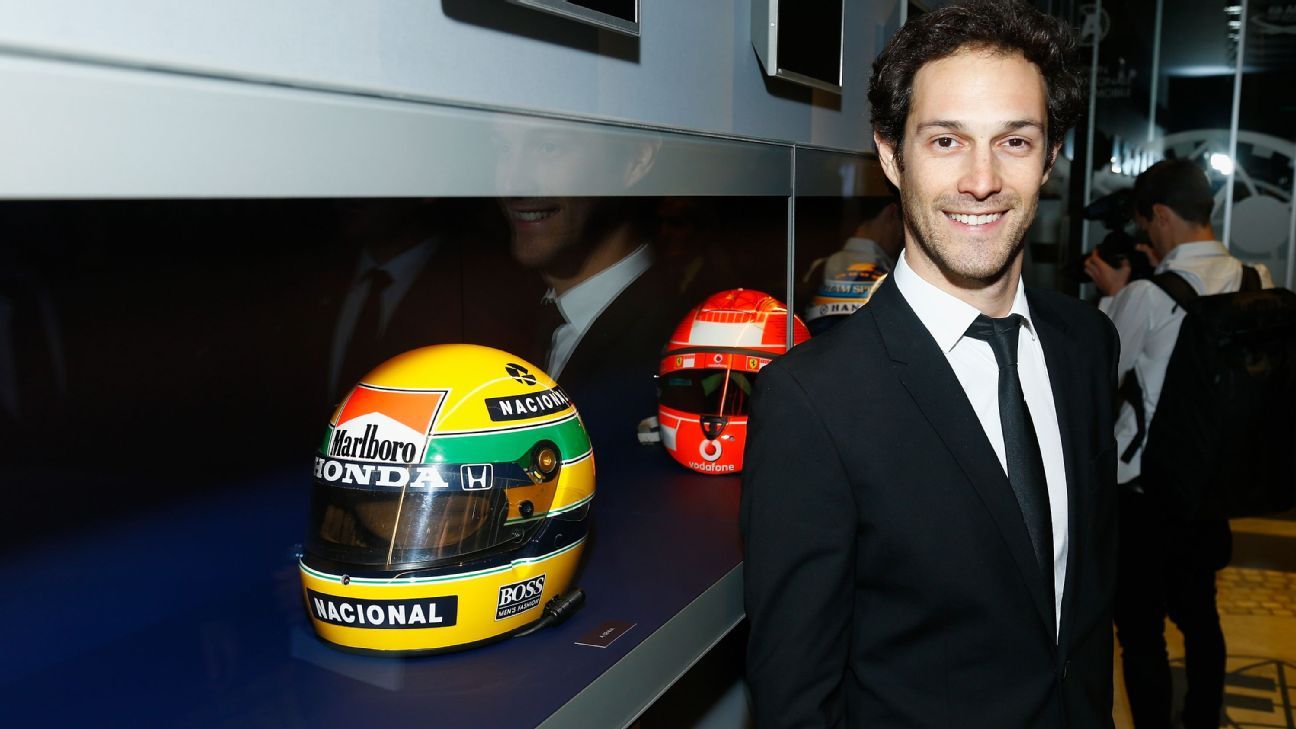 SAO PAULO, Brazil — Ahead of this weekend’s Brazilian Grand Prix, Bruno Senna will drive a 1988 McLaren MP4-4 to celebrate the life of his uncle, the famous Ayrton, who died 25 years ago at the San Marino Grand Prix. The demonstration lap has been arranged by F1 sponsor Heineken as part of its #ObrigadoSenna campaign raising money for the Senna Foundation and will see the Bruno lap the famous Interlagos circuit in the car that delivered Ayrton’s first world championship.

Ahead of his first practice run on Thursday, Senna sat down with ESPN at Interlagos to talk about his memories of Ayrton. Here is the transcript of that interview.

Senna: In 1993 I came here for the Saturday — for practice and qualifying — and it’s the only time I came to the track. It was pretty cool, but I think at that time I was more worried about the catering and the food on offer than anything else! But it was super cool. I was too young to understand the strategy and the nuances of an F1 weekend, but in 1994 when I came and he was at Williams, I was already a bit more grown up and all I wanted to do was get in the car! I would sit there but I couldn’t see over the steering wheel! The memories stick from back then.

Had you started karting back then?

Senna: Only at the [family] farm. I never actually raced, I just did one race at the farm and then he passed away. I didn’t get to race properly before he passed.

Senna: He used to be a good teacher. He used to do teaching by experience, so he would be on the 125cc go-kart and I would be on my cadet kart and he would go with me on the track, go slow and try to block me and everything. Every time I tried to overtake him on the outside, he would just push me off the track! But I seemed to have learned nothing, because I continue doing that to this day and sometimes it works and sometimes it doesn’t!

I’m sure you’ve been asked this question ten times today and a million times in your life, but what was your favourite memory of your time with Ayrton?

Senna: Honestly, it was the fun times we had. He was always playing pranks and was a fun guy. He loved to just have a good time with the family when he didn’t have to worry about politics and everything in the outside world. He would come back home and it was always a great time. The memories I have more vividly in my mind are always that if you went close to a swimming pool or the ocean, you would end up flying back into the water again! Even if you’d just had a shower! It was always a bit tense, but great fun.

In the Senna movie there is a video of you guys playing on jet skis in the sea. That must have been great fun!

Senna: Very responsible, right? But I was only nine years old so it was awesome for me! The thing with him was that, as I said, he taught through experience, so in the go-kart or on the jet ski he would make me go and tweak the engine and understand the sound of the engine, so tweaking the carburetors and understanding the parts of the engine — he made me change the spark plugs — and really try to understand the workings of the machine. He loved it and I loved too.

Understandably your racing career was on hold for 10 years after Ayrton’s death, of course you eventually made it all the way to F1, but did you feel you missed something there?

Senna: It was very tough. I did a few races in Formula BMW in 2004, but then I went straight to British Formula 3 in 2005 and it was very tough without any real racing experience before. That was very difficult. I was racing kids who had done I-don’t-know-how-many years in go-karts and most of them had already been three or four years in other junior series too. So it was quite difficult. The thing I struggled with the most was not only race craft and warming tyres up, because that comes pretty fast, but it was to understand when I was fast, why I was fast and when I was slow, why I was slow. This is the stuff that you only get when you have experience.

In my first race in 2005 at Donington, I was about to take pole and I spun out at the last corner and I took fifth. The next race I was P12 and I thought I was doing the same in the car as Donington, so why is it not as good. And that’s how it went, up and down, up and down, and towards the end of the year I got more consistent with my understanding of the car, but I was still very raw.

How was it carrying that name? Everyone knew who you were and I imagine everyone had very high expectations.

Senna: The first race in Formula BMW someone hit me on lap one and I almost rolled over. I remember, still now, the headline in Autosport: ‘Tough baptism for Senna’. And I’m like, ‘Man, it’s my first race! Give me a break. Why are you even giving me this when you know I haven’t raced before’. So since that moment, I stopped reading news because all I got was flak whenever I had a bad time, but when I did a good job it was pretty bland because it was expected of me to be Ayrton, you know?

Of course, I had support from my sponsors, so I can never say it was negative, but it was tough. When you look at it through my career, the comparisons stayed and when it came to F1, it was always about comparing me to Ayrton and not to the guys I was racing against. It’s impossible to meet that kind of expectation, because Ayrton was not only someone special he was also not there with me when I was racing. So it was difficult but part of life.

How much work do you do with the Senna Foundation now?

Senna: I’m not hands on with the Foundation because I am in Europe and around the world most of the time, but what I can do for the Foundation is bring opportunities and partners. The McLaren Senna road car, for example, came through me and there are bits and pieces I can do and I’m really proud to help out because the Foundation is our baby. It’s fantastic to be an ambassador for it and the work it does every day.