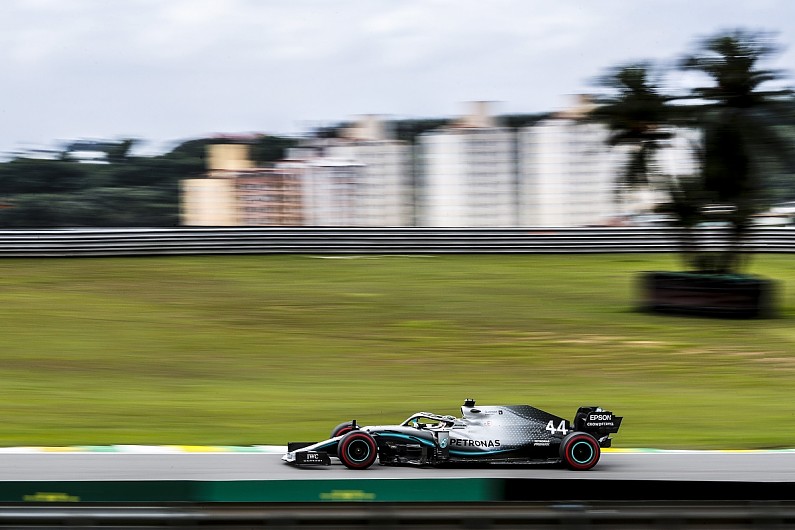 Hamilton’s 1m08.320s shaded Verstappen by just 0.026 seconds ahead of qualifying at Interlagos, with Ferrari slightly adrift of its two rivals.

Verstappen headed the order at the halfway stage of the session after emerging on top of the first set of soft-tyre runs.

His 1m109.063s was the second of two laps that put him quickest after taking to the track later than his rivals.

Hamilton was 0.391s behind as Mercedes opted for a third flying lap for each of its drivers on the same set of tyres.

The Ferraris were shuffled back to more than half a second slower than Verstappen at this stage, but moved to the top by kicking off the second round of qualifying simulations.

Charles Leclerc outpaced Sebastian Vettel by half a tenth, while Vettel failed to improve by 0.005s after two cool-down laps and a second flier.

Hamilton then swiftly knocked Leclerc off top spot with a 1m08.320s that beat the Ferrari by almost three tenths of a second.

Valtteri Bottas failed to make similar ground in the other Mercedes, posting a personal best but lapping almost a second slower than Hamilton after running wide exiting the left-hander at the end of the first sector.

Verstappen’s final qualifying simulations started strongly with the best first sector of anyone, but he lost time to Hamilton in the middle part of the lap and wound up 0.026s adrift.

Another fastest first sector followed, but the lap fell away again and he just failed to improve.

Alex Albon, who was well behind Verstappen after their first efforts, improved twice on his second set of tyres to jump Bottas for fifth, although he still wound up 0.8s off the pace. 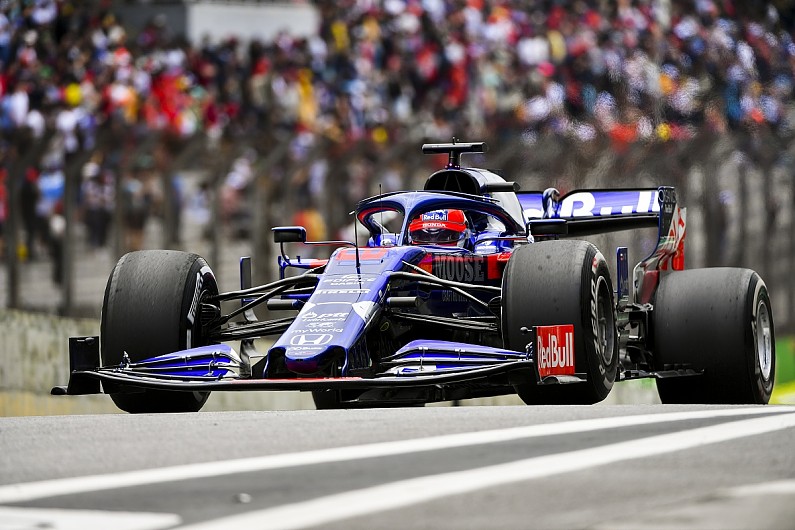 Behind the big three teams, Daniil Kvyat recovered from his Friday off to set the fastest time among the midfielders.

The Toro Rosso driver was just two tenths slower than Albon, and half a tenth clear of Antonio Giovinazzi’s Alfa Romeo.

At the foot of the times, Robert Kubica finally completed his first timed laps of the weekend.

Kubica had missed Friday morning so reserve driver Nicholas Latifi could take part, then crashed heavily at the start of the afternoon session.

The damage required Williams to switch Kubica to a new chassis, which he used to complete 23 laps – more than any other driver – on his way to the slowest time, three tenths behind team-mate George Russell.