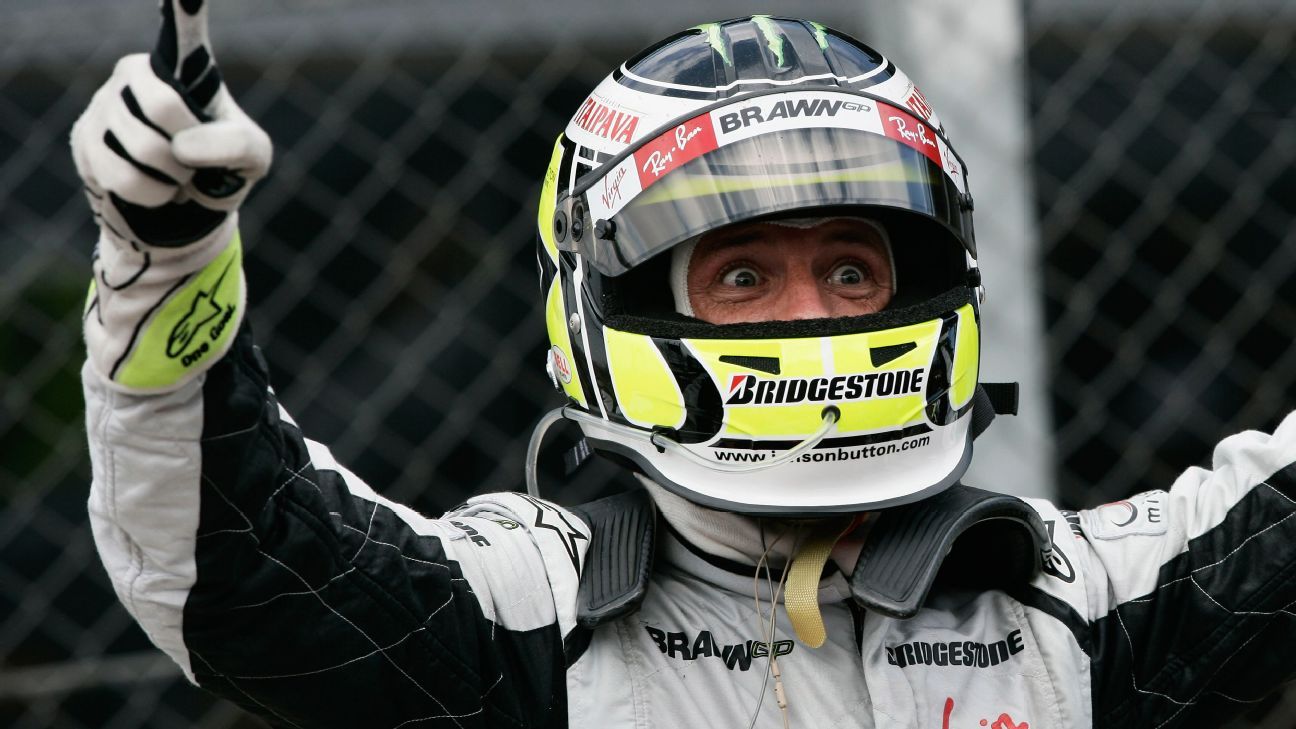 When the championship contender is starting from 14th on the grid and he hasn’t won a race in five months, you can’t assume anything. But with Jenson Button being as British as they come and we were covering the race for BBC Radio 5 Live, every option had to be covered in our pre-race strategy meeting – which sounds grand, but was no more than a cup of coffee at Brawn GP hospitality with our producer, Jason Swales.

It was decided that I would forgo my usual position as summariser alongside David Croft in the commentary box and join Holly Samos to take care of whatever might arise in the paddock and pit lane. Thanks to Holly’s experience, when the race ended we were standing by parc fermé, having correctly worked on the assumption that, by finishing fifth, the new world champion would be parked at this end of the pit lane rather than with the top three. It meant we were right there when Jenson burst through the barrier and straight into the arms of his father.

It was one of the most emotional scenes I can remember. More than two decades of sweat, heartache, hardship and ambition shared by these two was culminating right in front of us with the sweetest moment of their lives. John Button, resplendent in his pink shirt, was sobbing uncontrollably. Jenson was holding him tight as the TV cameras closed in.

Holly managed to grab a few words with them both. Well-wishers poured in, among them Bernie Ecclestone who had broken his habit of leaving before the finish to witness this climax to what he described as ‘a brilliant season’.

The scene shifted to the Brawn pit — and I use the word ‘pit’ advisedly. Being at the bottom of the pecking order, Brawn GP had been allocated a garage in the cramped cul-de-sac at the far end of the pit lane. With its low ceiling and breezeblock walls, this became a scene of happy, overcrowded bedlam as a quart of delirious humanity tried to squeeze itself into a pint pot of a place never designed to cope with the arrival of F1’s latest world champion. With ‘We Are The Champions’ bouncing around in various keys and cadences, it was a scene of sweaty, noisy madness.

Journalists, notebooks and cassette recorders in hand, looked on helplessly as the revellers, with Jenson buried deep in the ruck, neither knew nor cared about the tight media deadlines beckoning in Europe. This was a familiar logistical problem. If the new champion failed to finish in the top three, then he would not appear on the podium or at the official post-race press conference. A sparse audience had greeted Mark Webber as the media searched for, with the very greatest respect to the race winner, the man of that particular moment.

Jules Kulpinski, Button’s PR, and Nicola Armstrong, the equally efficient head of communications at Brawn GP, had been alert to the growing problem as the precious minutes ticked by. As soon as they were able, their man was extricated from the celebratory mob, steered through congratulations at every step along the paddock and up an iron external staircase to first floor.

Because it could not be planned beforehand, no one was aware of such a helpful action – as Button was only too aware when ushered into an interview room that was completely empty. Journalists, pounding their keyboards in the nearby media centre, were stopped short by an unexpected and strident voice across the PA: “Where the hell is everyone? I’m Jenson Button! I’m the World Champion!” Cue a rush to room next door.

There would be one last call for the handful of British national newspaper writers. A briefing was arranged for noon the following day in the coffee shop of the Sao Paulo Hyatt. Sometimes these can be nothing more than a pleasant waste of time as the new champion, usually without sleep, often while coping with the unfamiliar effects of a hangover, finds difficulty in stringing a few words together. But not on this occasion.

Button had kept himself under control, the better to savour and remember such a rare and significant occasion the previous evening. He provided lucid comments as he recalled the moments we had shared around the globe. There had been times of tension in the previous seven months but, overall, it had evolved into a wonderful sporting story with a happy ending.

When we were done, Jenson made a point of hugging each in turn; a typically genuine impromptu gesture at the end of a memorable journey for us all.