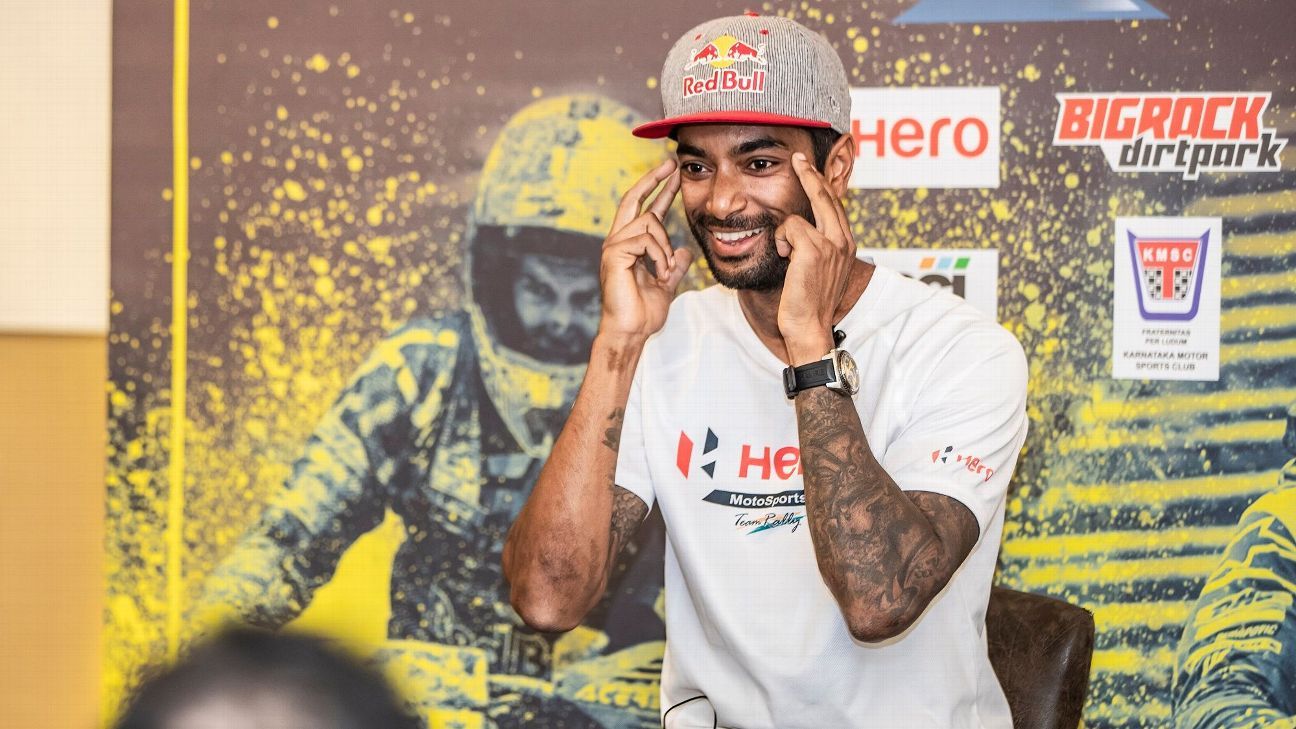 Around this time of the year, CS Santosh is usually caught in animated chatter about the Dakar Rally, dredging feverish training plans and hopes of a ship-shape finish, without scalds and limbs intact.

The 35 year-old, who became the first Indian to compete in the world’s most gruelling off-road motorsport event in 2015, and has since survived three more competitive appearances at the Dakar, now sees himself as something of a pioneer, a mentor who can steer the flock of young, ambitious riders in the country. He speaks of his brainchild – Ace of Dirt – a pilot event that will have different formats of off-road disciplines converging to offer 32 Indian riders a chance to push themselves against the grind in an elimination contest for the last man standing, with the passion of man who has hit a treasure-trove.

The journey and the vision, the Bengaluru-based rider says, started many years ago with his first Dakar and it’s now his turn to give back to the community. “Today,” Santosh says, “I’m in a position where I can contribute towards the growth of other Indian riders and offer a pathway. Red Bull has stuck by my side as partners through the years and even in this dream they’ve willingly come aboard. We’ve thrown in man-made obstacles and tried to build the track in a way that cross-country, short sprints, motor cross all these events come together. Today, we are working in a closed-circuit format so the idea was to build a rider who will have the essential skills to be able to compete in the kind of international events that I do today. That was the whole goal.”

The FMSCI-recognized event that will take place on November 14 in Santosh’s Big Rock Dirtpark facility in Kolar will have the riders broken into eight groups of four with the top two riders from each progressing to the next round, with the final four competing in the final. The winner will be offered a training stint with Santosh. The competitors were given a feel of the track on the eve of the event and could barely hide their surprise.

“They’ve never seen obstacles like these in their life,” says Santosh. “They have to be able to figure what to do with an obstacle – whether it’s a bridge, a tyre mine, going through a gravity cavity where there is sand or water. Enduro riding has a bit of everything and a lot of variables thrown in. You can’t predict what can happen in a race. You have to learn fast, understand the limitations of your motorcycle, see yourself through the rounds, staying in good shape while ensuring that your motorcycle is also able to finish. The track is built in a way that it’s largely on how the rider manages to navigate his way through. He has options so he has to be smart, know where to push, where to use technique and when to go flat-out.

For the initial rounds, the riders will need to race on the 1.2 km track over three laps and in the finals they will need to touch five laps. The semifinals will offer a unique level-playing field where riders’ personal bikes will be traded for identical Hero Xpulse bikes.

“Even motorcycles with the same make but built in different garages can be different. By giving the semifinalists identical bikes any advantage or disadvantage will be nullified and then it’s just between the rider and his mind.”

The chat eventually winds down to what Santosh is synonymous for in India, the Dakar Rally in January. The race moves from South America to a fresh venue this time, Saudi Arabia and Santosh isn’t quite certain what lies in store.

“We are going to cover a large part of the country which means the terrain is going to change quite a bit,” he says. “Between north and south the temperatures could also vary wildly. We received a bulletin saying it could go between 0-25 degree Celsius. It’s not the usual in Dakar. Stages could be very long and we could see a lot of sand in the second half. So it’s going to be very different and nothing like the earlier races. Literally, an unknown.” It’s also where Santosh lives, breathes and finds his speed.