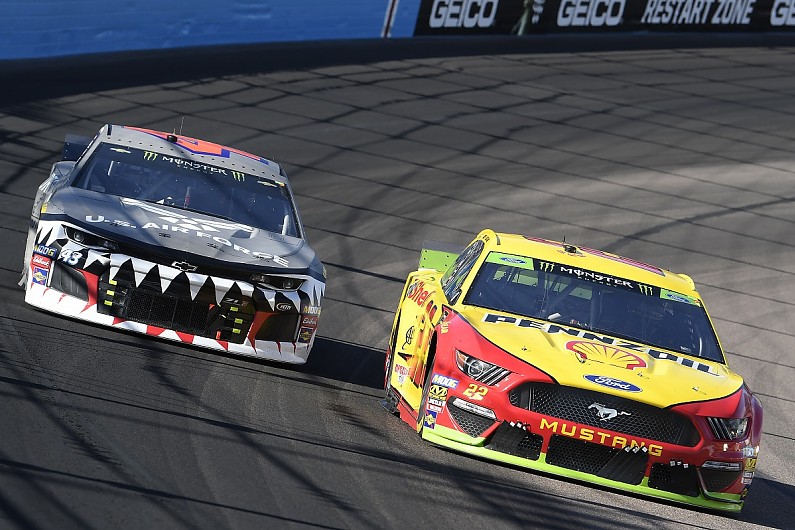 During much of the first two stages of Sunday’s penultimate round of the season, Penske Ford driver Logano looked almost unbeatable.

He led 93 of the first 176 laps and took the stage two victory before the handling of his deteriorated and went from leading to a lap down in the span of 60 laps.

After pitting during the break between stages two and three on lap 168 of the 312-lap race, Logano rejoined in the lead but was passed by eventual winner Denny Hamlin nine laps later then began dropping down the field.

With Logano only able to finish ninth, he lost out to runner-up Kyle Busch in the battle for the final position in the ‘championship four’ that was decided on points.

Asked after the race what he thought happened to his car, Logano said the adjustments made during that pitstop should not have had a race-spoiling effect.

“No clue. I went from a car that could lead and win a stage and run really well, and from what they told me, it was an air pressure adjustment made it go from a winning car to I can’t stay on the lead lap, and one of the tightest things I’ve ever driven,” Logano said.

“I don’t really understand it. It doesn’t make any sense. You change tyres and change a half pint of air – that sounds ridiculous. 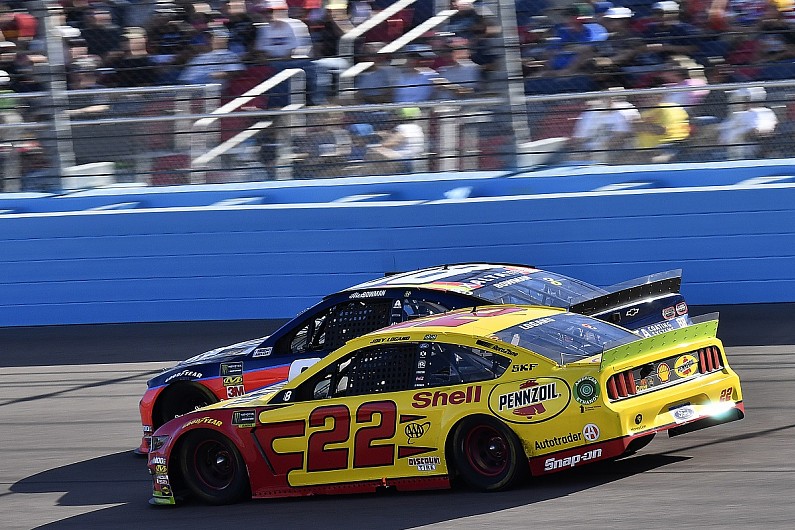 He ended up seven points shy of a place in the title shootout.

“We’ll fight for fifth, I guess, in points for this year, and we’ll move on,” Logano said.

“It stinks. It hurts a little bit, but we’ll live.

“Everything is going to be OK. Life is a lot worse in other ways for some. We’re still fortunate to be here and get to do what we love. It’s a bummer for sure.”

Logano now hopes to at least sign off from his season as reigning champion with a win in the Homestead finale, where Hamlin, Busch, Martin Truex Jr and Kevin Harvick will fight for the title.

“We’re going to go there to win,” said Logano.

“Our goal doesn’t change. Our goal is the same whether we’re in the playoffs or not – it’s to win.

“We’ll go down there and prepare the same way we were going to and win the race.”