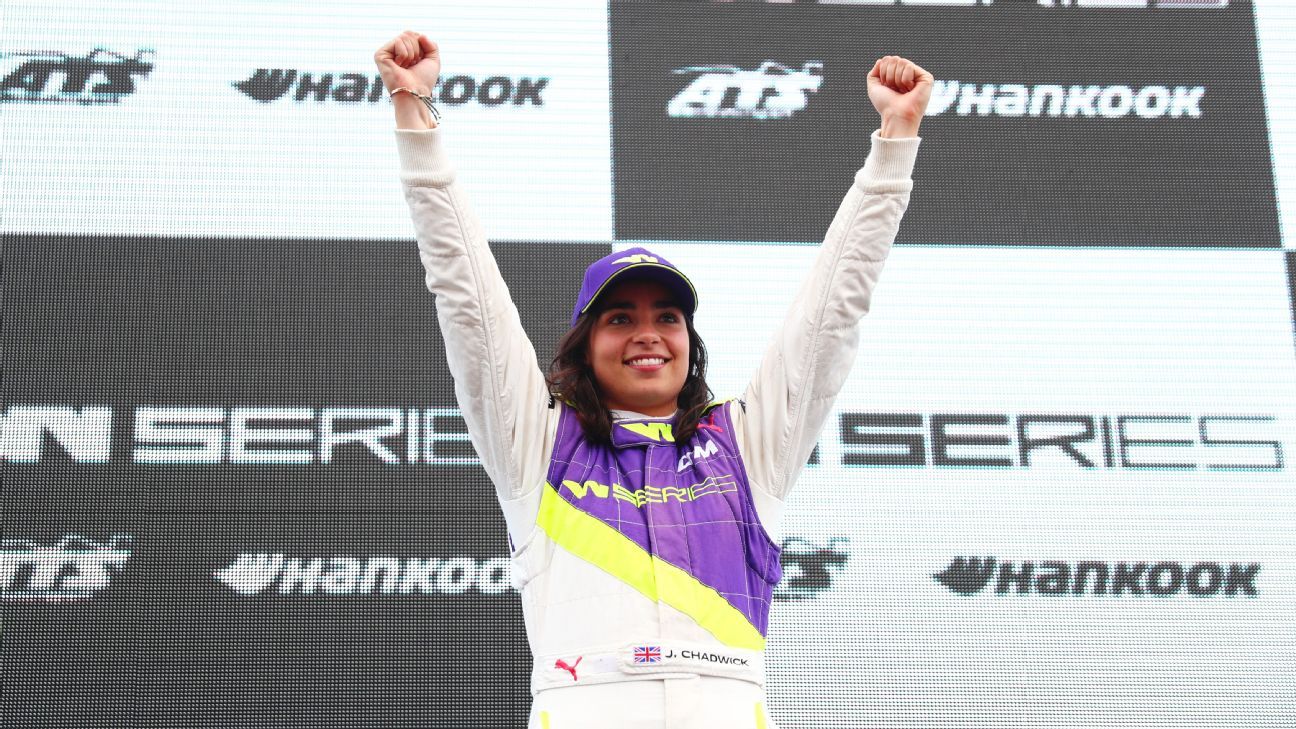 W Series champion Jamie Chadwick has taken a step closer to Formula One this year but her dream of one day competing at the pinnacle of motor racing feels further away than ever.

The Briton, who collected $500,000 for winning the inaugural all-female single-seater title, celebrated her 21st birthday in May with a new role as development driver for the Williams F1 team. She is also one of four finalists for the BRDC Young Driver of the Year award, which is co-sponsored by Red Bull’s title partners Aston Martin and whose main prize is a Formula One test.

The experience of being on the inside of the grand prix paddock has made her realise just how much more she has to do, however.

Asked whether she felt closer to becoming the first female Formula One driver to start a grand prix since Lella Lombardi 1976, she replied: “To be completely honest, further away.

Those who enquire on social media whether she might replace departing Williams driver Robert Kubica were living in a fantasy world, not only because Chadwick lacks a super licence but also because she is nowhere near ready. Her world is very different to that of Mercedes’ six times world champion Lewis Hamilton, an admired compatriot she has yet to meet.

“I need the time to develop and if I get to Formula One I want to be the best possible driver to make the mark I need to make,” said Chadwick.

While the Williams role has been mostly simulator-based, her work has a direct correlation to what happens at the track. Williams previously had Susie Wolff, now retired and a team principal in the all-electric Formula E series, in a similar role and gave the Scot track time in some Friday practice sessions.

Chadwick indicated she would be pushing for such an opportunity.

“In terms of getting in the car, that’s an ongoing discussion. We’re sort of pushing as hard as we can but we’ll see,” she said. “If we can continue the relationship into next year, and if I can continue to do the best possible job in the sim, then that hopefully gives me justifiable reason to potentially test the car at a future date.”

Chadwick will be back to defend her W Series title next year, hoping to then join the men climbing the motorsport ladder.

“At the moment although the first year and the exposure has been absolutely incredible, I haven’t quite managed to secure the [financial] support to go to, say, FIA F3,” she said. “Hopefully off the back of a strong second year’s campaign… that’s going to give me that opportunity.”