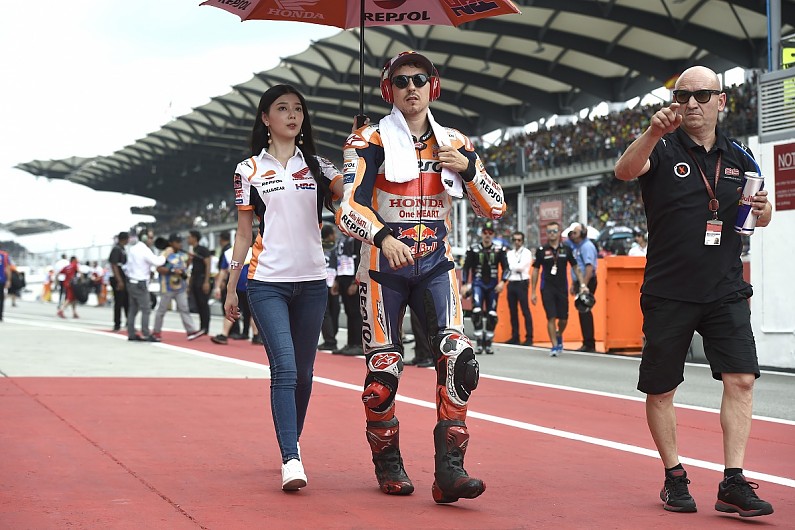 MotoGP boss Carmelo Ezpeleta has urged Jorge Lorenzo to make a decision on his future, having described the three-time premier class champion’s recent struggles with Honda as “sad”.

Lorenzo is approaching the conclusion of what has been a nightmare first season as a Honda rider, sitting 19th in the championship with just 25 points to his name ahead of the last round of the season at Valencia.

He has been a fixture towards the back of the grid ever since returning from injury after his four-race layoff caused by fracturing his back in an Assen practice crash in June.

Last month’s Phillip Island round marked the nadir for Lorenzo as he finished the race more than a minute down on race-winning Honda team-mate Marc Marquez and 22 seconds behind the rider in front, Tech3 KTM’s Hafizh Syahrin.

He showed a minor improvement last weekend at Sepang as he ended a run of four races outside the points by taking 14th place.

Ezpeleta, the CEO of MotoGP promoter Dorna, believes it’ is time for Lorenzo to decide whether he truly believes has it him to return to his former greatness.

“I think Lorenzo has to make a decision,” Ezpeleta told Autosport. “I get along very well with him, I like him very much, but he has to think about what he wants to do with his life.

“If it turns out that what happens is that his back hurts so much [after the crashes in Barcelona testing and Assen], then that’s it.

“Jorge must start thinking about whether he can recover and become the Lorenzo we all know, or else he doesn’t, for himself and for the championship.

“I don’t like to see a guy as good as him finish 19th. Mind you, I don’t think he can force himself more than he is doing.”

Ezpeleta pointed out that Lorenzo had shown incredible resilience in the face of previous injuries. 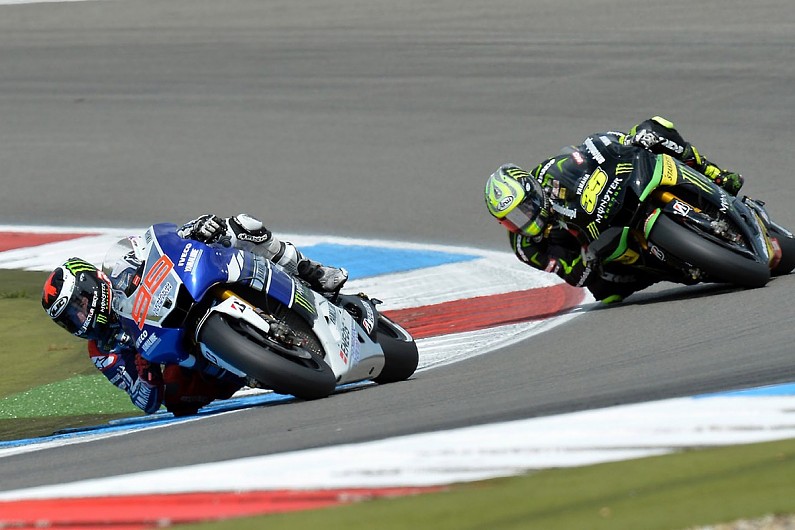 In 2013, he broke his collarbone in an Assen practice crash, had surgery then returned to race to fifth place before another crash at the Sachsenring a week later damaged the titanium plate inserted in his shoulder to repair the original injury.

He missed that weekend’s race but returned for the next round a fortnight later and took the title fight with Marquez down to the season finale despite ongoing pain from the double injury.

“If it turns out that after the last accident in Assen that all is not well, you have to consider what to do and decide whether to stop racing or whatever,” Ezpeleta added.

“But I am convinced that if the Lorenzo who raced in Assen 2013 after surgery on his collarbone explains what he is doing now, he would not understand.

“It makes me sad to see him like this.”