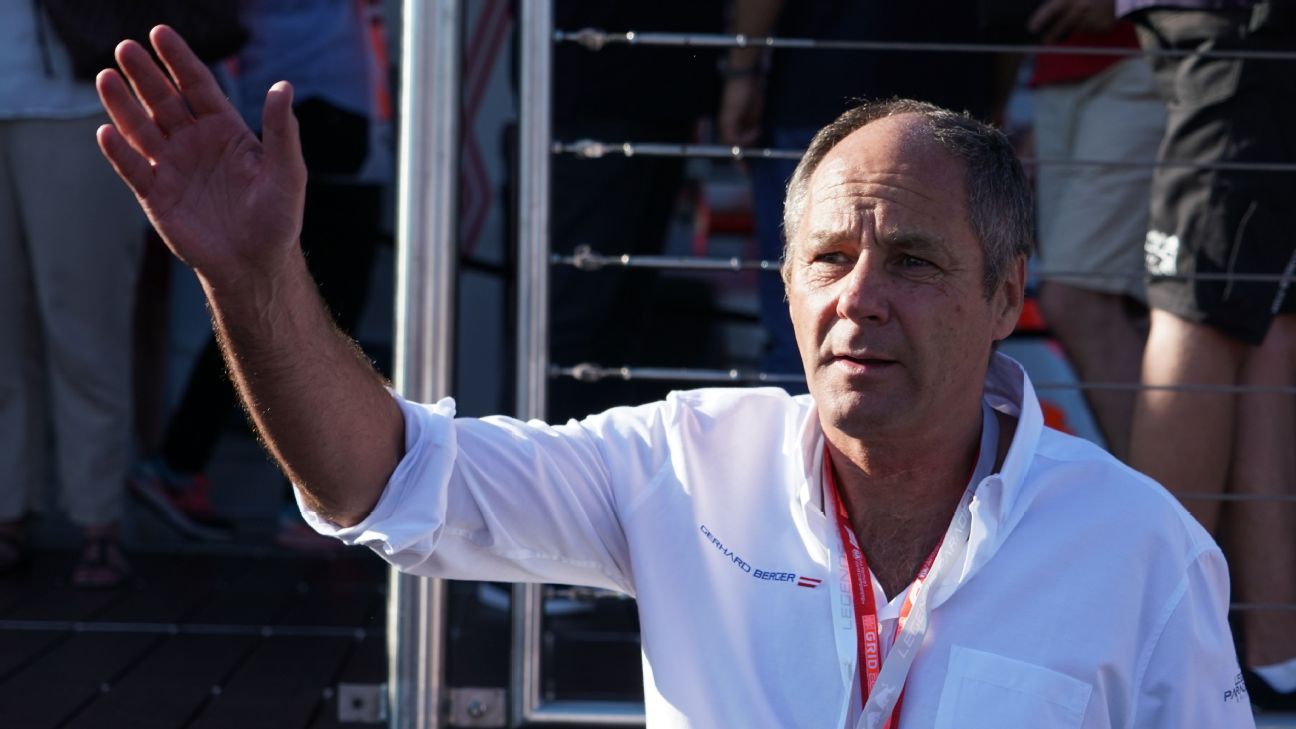 German Touring Cars (DTM) boss and former Formula One driver Gerhard Berger has unveiled a proposed electric series with high-performance cars racing at Formula One speeds and battery changes carried out by robots.

If the concept, which was unveiled on Thursday, catches on with manufacturers, Berger said the series could run alongside the mostly European-focused DTM with cars powered by electricity from battery or hydrogen fuel cell technology.

Large industrial robots would be used to remove and replace the battery pack or hydrogen tank as well as all four wheels at pit stops.

Berger, the chairman of DTM promoter ITR, said the cars would use largely standardised features and produce more than 1,000 brake horsepower (bhp) and hit more than 300kph (185mph).

“I think it’s clear that we have all got much more sensitive to support in a right way and to help improve the situation on our planet,” Berger said.

“I thought for us as a racing platform, what could we really do?”

With regard to a timeframe for the concept, the Austrian said that would depend on how fans, sponsors and manufacturers reacted and it would also be a financial and technical challenge.

Berger, an F1 race winner with Benetton, Ferrari and McLaren, said manufacturers had different ideas about how future technologies and cars should look, and nobody really knew which would prevail.

As a result, Berger had proposed electric and hydrogen, in a similar fashion to Formula One of old when normally aspirated petrol engines competed against turbochargers to speed up technological advances.

Motorsport already has an all-electric series in Formula E, a city-based series whose single-seater cars can reach top speeds of 280kph with maximum power equivalent to 335bhp.

Formula One cars go more than 370kph at Italy’s Monza or on Baku’s long straight, while the latest crop of DTM cars produce around 600bhp.

Nico Rosberg, the 2016 Formula One world champion, said this year that the DTM — which features Audi, BMW and Aston Martin after Mercedes withdrew — would have to embrace electric to survive as a manufacturer series.

“One day, when all manufacturers sell electric cars, the DTM must also be electric, that’s for sure,” the German, whose 1982 F1 champion father Keke runs the title-winning Audi Sport Team Rosberg, said in June.

For Berger, such a switch would be contrary to the DTM’s “core DNA”.

“When I see Formula E, as an example, it’s too slow. Formula E is Formula Three level … This is not what the hardcore of motorsport likes to see. So we came to the idea of this robot change for batteries that would solve our problem.

“It finally allows us to run 1,000 horsepower engines and I think fans are going to see spectacular racing as in the combustion engine series.”