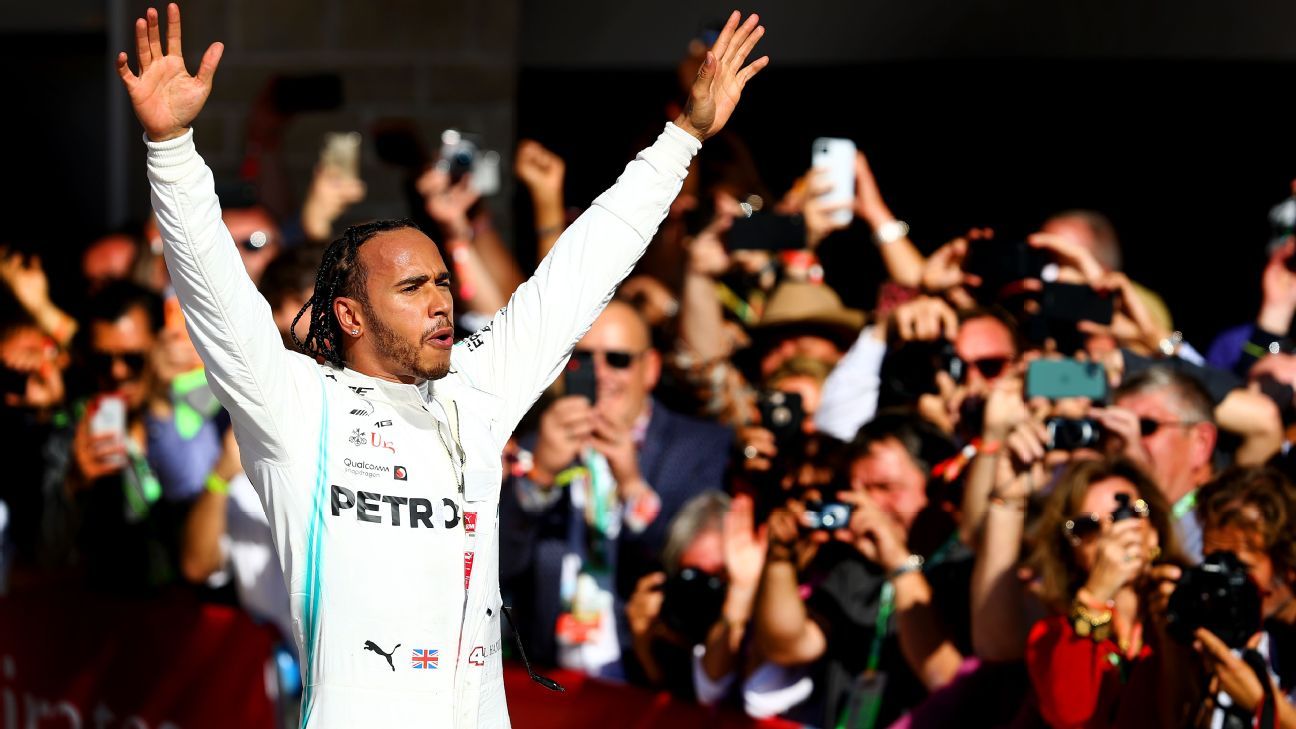 Lewis Hamilton became a six-time world champion in Austin, but that wasn’t the only news story doing the rounds at the Circuit of the Americas. Our regular writers — Laurence Edmondson, Nate Saunders, Maurice Hamilton and Kate Walker — discuss the main talking points from that emerged from the U.S. Grand Prix.

LE: Yes. Unless he makes a disastrous career choice for 2021 and beyond, he has the talent to rewrite the history books. What’s more, he has the energy and fitness to continue for another five years at least.

NS: I think he will. I can see him winning another title next season, just given the complete nature of his current form and Mercedes’ relentless pursuit of winning. After the regulation change its an unknown, but the prospect of an eighth would surely keep him around until he got it…

MH: If he wins a seventh next year, he’ll be up for it, no question. Why come this far and not have a go at taking the record? Much depends on how well Mercedes are prepared for the 2021 regs but, on the evidence of how they dealt with the arrival of the hybrids in 2014, you’d have to say the chances are high. What if Hamilton doesn’t win a seventh next year? That would be a different story going into his 15th season; a big ask, surely?

KW: A lot obviously depends on how the teams respond to the 2021 regulations, but assuming Mercedes don’t completely drop the ball (and why would they?) it’s going to be hard to bet against Lewis carrying on in his current top form. There’s a lot of talent and competition on the grid, but Lewis is an exceptional driver racing for an exceptional team. I can see eight titles, easy.

If you had to put money on the next driver to win a title who isn’t Lewis Hamilton, who are you backing?

LE: I believe Max Verstappen is the only other driver operating on Hamilton’s level right now. Charles Leclerc is close, but assuming both he and Verstappen end up in cars capable of winning the championship in the coming years, my money would still be on Max.

NS: The obvious answer here is Max Verstappen or Charles Leclerc, but I am going to go left-field and say Carlos Sainz. I can see Hamilton retaining next year. After the regulation change, if McLaren can get things right, I think the Spaniard will be a force to be reckoned with.

MH: If they had reasonably equal cars, I’d choose Max Verstappen over Charles Leclerc. But given that Ferrari ought to be ahead, then my money would go on Leclerc.

KW: Charles Leclerc. I think Vettel’s best days are behind him, and Max has yet to mature enough to carry a championship. He’s an excellent driver, but still quite hot-headed and prone to red rage mistakes. He’s also got the growing threat of Albon in the seat next door, a calm and measured racer who’s improving all the time — and has the support of the team’s Thai sponsors.

Was Ferrari’s form in Austin a blip or proof their post-summer break recovery was a false dawn?

LE: It all depends on what’s going on under the engine cover… But until we know otherwise, we shouldn’t get carried away: Ferrari has not been caught doing anything illegal. Team boss Mattia Binotto insists the technical directive that was issued ahead of Austin had no impact on the way his team run its power unit, and until anyone can prove otherwise we should assume Austin was just a blip. However, the next two races will likely present a clearer picture.

NS: You would hope a blip. If they have had to make changes following the FIA’s technical directive it doesn’t bode well for the hope Ferrari was going into the off-season as a team ready to take the fight to Mercedes from the get-go in 2020.

MH: That’s an interesting question, for which there are no clear answers – but plenty of innuendo. Verstappen sparked the conspiracy theories with his bald remarks about the lack of performance being due to Ferrari reacting to the rule clarification; Ferrari say it was nothing of the sort and point out they were 0.012s away from pole and running more downforce. And so the debate goes on. Let’s see what Interlagos brings with its twists and turns and that long uphill climb.

KW: Not a false dawn, but a rebirth that appears to have been stilled by a certain technical directive, as alluded to by various teams and drivers over the weekend. Ferrari were being exceptionally clever, and that cleverness has now been stymied. That 0.7s advantage on the straights disappeared overnight, and it will take some clever thinking to get it back over the winter.

Do you agree with COTA boss Bobby Epstein that a race on the roads around Miami’s Hard Rock Stadium would weaken F1’s brand in America?

LE: No. It may be a race in a car park, but this isn’t going to be Caesar’s Palace Mk. II. Right now, F1 needs as much exposure in the U.S. as it can get and a race in Miami would help massively. Having said that, it’s important that COTA remains at the centre of F1’s plans in America — it’s not only one of the best tracks in the U.S.A., it’s one of the best tracks on the F1 calendar!

NS: I agree that of all the places to race in America, surely there is a better prospect than the roads and parking lots surrounding an NFL stadium. However, a race is a race, and the exposure F1 will get from it can’t be a bad thing. If the quality of the event is awful, that’s a different story.

MH: I guess he would say that. Miami would obviously lack the permanent infrastructure enjoyed by COTA but that doesn’t mean they would be the poorer for it. If the promotion is as organised and targeted as you would like to expect, it can only be a good thing for spreading the F1 brand. Epstein’s contention that Miami should pour its money into COTA is short-sighted and highlights the truth behind his statement.

KW: No, not at all. I’m less and less convinced that the Miami race will happen due to local opposition, but having a grand prix in a sexy city (even if it’s a less sexy part of said city…) isn’t brand damaging. Remember that pre-COTA there was chatter about Austin being a bad location because of Texas’ global reputation, and now everyone loves the place. Epstein’s defending his baby, that’s all.

With Alfa Romeo retaining Antonio Giovinazzi, it now looks pretty certain Nico Hulkenberg won’t be on the F1 grid next year. Where would you like to see him go?

LE: Hulkenberg is talented enough to warrant a place in F1, but there’s also a reason his career never hit the heights of some of his contemporaries. He’s already won Le Mans, Formula E would represent a big step backwards, so I think he should weigh up his options in IndyCar going forward.

NS: IndyCar. There’s never been a doubt Hulkenberg is quick and we’ve seen plenty of drivers — Alexander Rossi and Marcus Ericsson, as recent examples — quickly reinvigorated by the competitive nature of that series after dropping out of F1.

MH: I’d hate to see him finish up in Formula E; he deserves much better than that. Can understand why Alfa Romeo have kept Giovinazzi, given his gradual improvements, but it’s a shame for Hulkenberg. With the massive changes due for 2021, you’d think Hulk’s vast experience and reasonable speed would be useful to someone in a test/sim role. But he probably wouldn’t want that any more than a Williams seat – if it was offered. WEC looks the most likely.