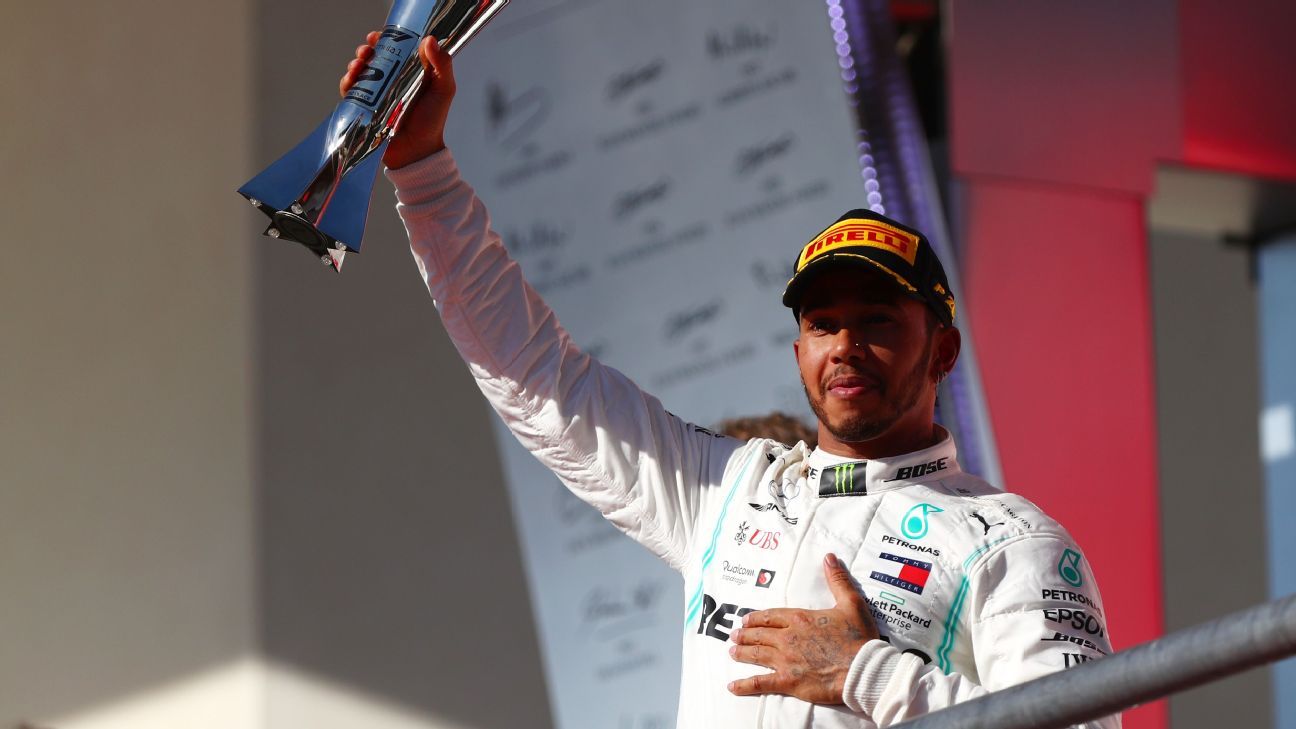 AUSTIN — Lewis Hamilton says he is downplaying the prospect of matching Michael Schumacher’s record of seven championships as it still remains such a far-fetched idea to him.

Hamilton is now second on the all-time list of F1 champions having clinched his sixth title at the U.S. Grand Prix. The British driver has been utterly dominant in the current era, with five of those titles coming in the past six years to add to his maiden championship in 2008.

It leaves him on the cusp of the two records Schumacher set that many considered would be unbreakable — his seven titles and 91 victories. Hamilton has 83 career wins to his name, raising the prospect of matching that tally at some point in 2020.

When asked about his motivation to match Schumacher’s seven titles with another title next year, he said: “It’s all about how you position your thought process. I’ve always said to you that reaching Michael’s was never a target for me. I’m not really one that really thinks of records and those kind of things.

“I definitely had thought that getting anywhere near Michael was just so far-fetched and I remember having my one for a long period of time, then getting a second one. It was so far away and now yet it seems so close yet it is so far away that I still can’t really even comprehend.”

Hamilton and Mercedes have been dominant since the switch from V8 engines to V6 turbos in 2014. Despite the remarkable run, Hamilton does not want to get bogged down about the idea of moving level with Schumacher.

“The challenges that we’ll face in these next coming months, the next season. You look at these other teams that have really been putting some astonishing performances in in the second half of the season. It’s going to take another load of incredible performance and work from myself and all the people who are around me and I really don’t want to have to think about it right now.

“And also, I don’t want to build up the idea of trying to get to Michael’s seven because at the moment, I’ve got to enjoy right now. Tomorrow’s not a given, I don’t know what’s going to happen over these next days or months but what I have to do and what we all really should try to make sure you enjoy each day because one day you’re here and one day you’re not.

“So not trying to think of what’s going to happen potentially at the end of next year or 2021. I believe that I have the ability to continue to grow and to do more with this team and within Formula One and so that would be the target, but time will tell. Right now I just focus on trying to be as fit and healthy as I can be and smile as much as I can and enjoy this beautiful journey we call life.”