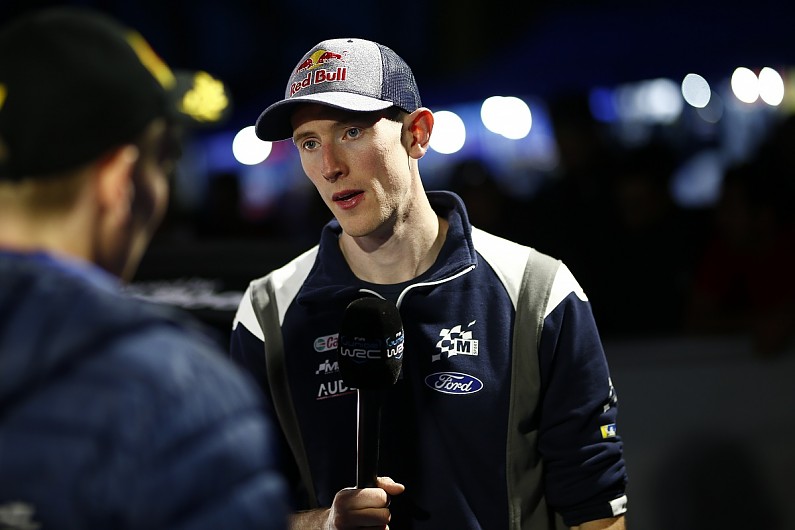 Autosport revelaed before Rally Spain two weeks ago that Tanak would make a shock switch to Hyundai, leavuing the Toyota Gazoo Racing team with which he sealed the 2019 drivers’ championship for the first time days after the news of his departure from the squad broke.

Speculation about who will drive for Toyota next year reached fever pitch last week, when current Hyundai driver Thierry Neuville was also reported to have been in Jyvaskyla.

Hyundai sources have since denied this.

Citroen’s six-time WRC champion Sebastien Ogier has also been linked to replacing Tanak, but his contract at Citroen next year complicates any potential deal.

Current M-Sport Ford World Rally Team driver Evans and Toyota team principal Tommi Makinen were unavailable for comment when Autosport contacted them on Monday regarding Evans visit to the team.

It is understood that Makinen rates Evans highly, and has been impressed with his pace and consistency this year. 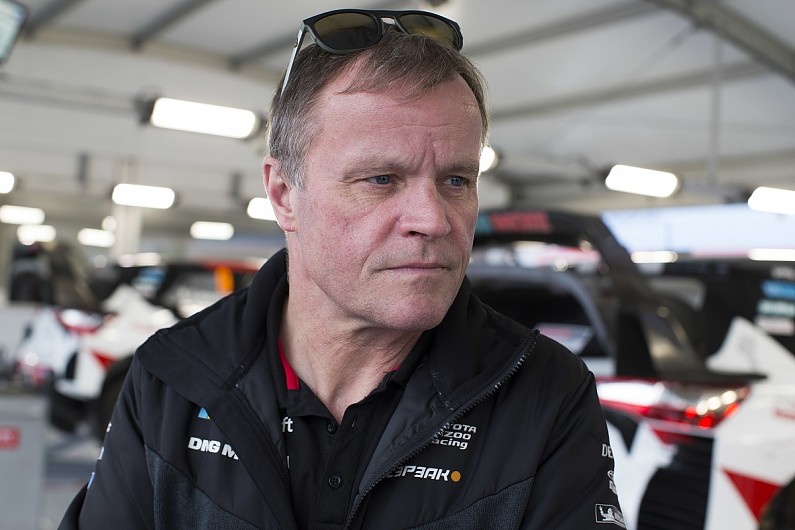 Evans spent a day with the Toyota team last week, looking at the Puuppola premises and talking to the squad’s senior management.

A move from M-Sport would take Evans into uncharted waters – every one of his 86 World Rally Championship starts have been made in a Ford Fiesta of varying secification.

He took his maiden British Rally Championship with M-Sport in 2016 and first WRC win in Wales the following year came at the wheel of a Fiesta WRC.

Following Rally Germany, M-Sport boss Malcolm Wilson told Autosport that it would be “crazy” to let either Evans or its second driver Teemu Suninen leave after the investment he had placed in them.

M-Sport WRC team principal Richard Millener told Autosport he would do all he could to keep Evans for next season.

“As a team, Malcolm [Wilson, team principal] has invested a huge amount in him and we’d be very reluctant to see him leave.

“We’re ready to fight as best as we can.

“I think it’s fairly common knowledge that we perhaps don’t have the same resources as some of the other teams, but we’ll do all what is possible.”

“As much as we would love to keep Elfyn and win more rallies with him next year,” Millener added, “we have to be very aware that we’re a private team in a competitive commercial environment.”

Toyota’s only retained driver for next season is Skoda’s WRC 2 champion Kalle Rovanpera.

Both Kris Meeke and Jari-Matti Latvala are discussing contract extensions for next year, but Autosport understands neither driver has yet confirmed an agreement. 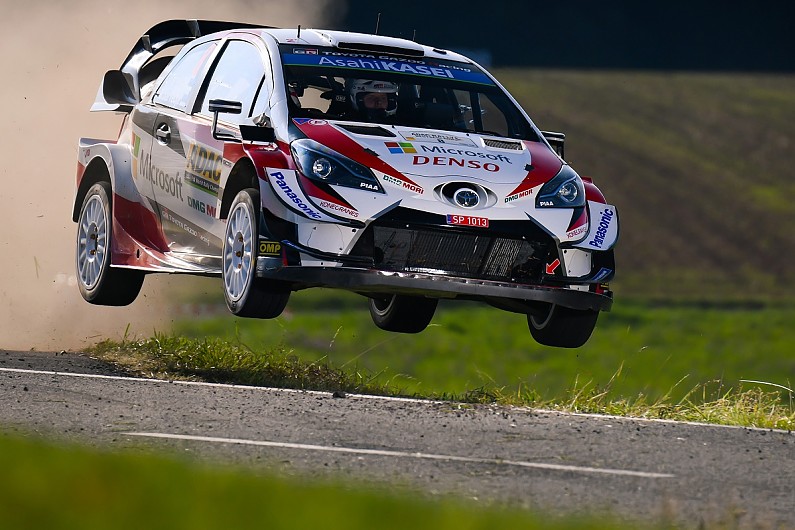