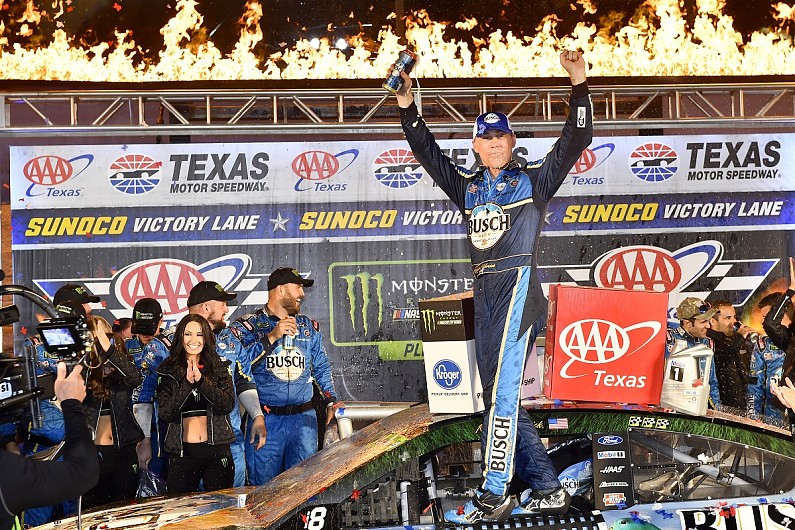 Kevin Harvick overcame a mid-race penalty to lead home a Stewart-Haas 1-2-3 in the NASCAR Cup Series race at Texas, booking himself a spot in the championship decider.

Harvick was slapped with the penalty for loose equipment on pitroad following a stop just after half-distance in the 334-lap race.

That dropped him into the midfield for the early part of the third and final stage.

By lap 220, Harvick had risen back into the top 10, and following a caution 20 tours later for a Bubba Wallace spin, he took the lead shortly after the restart following a side-by-side race with team-mate Aric Almirola.

After the final green-flag pitstops in the third stage, Almirola did start to eat into Harvick’s 4.5-second lead as the #4 Ford struggled to pass backmarker traffic.

But Harvick held on to score his fourth Cup win of the season, ensuring he will be in title contention at the finale at Homestead – with the opportunity to add to his sole championship victory from 2014.

Almirola, who looked strong throughout and scooped victory in the second 85-lap stage, headed Daniel Suarez as SHR locked out the top three finishing positions. 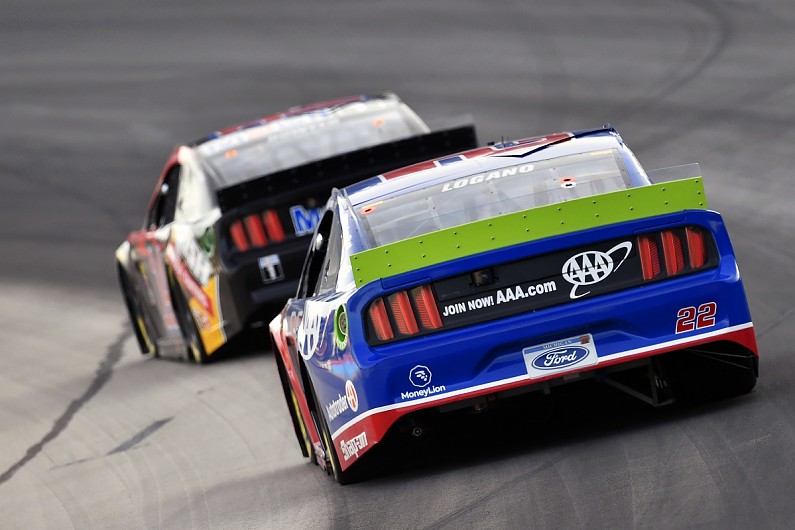 Reigning Cup champion Joey Logano scored good points by taking fourth place for Team Penske, but he is currently 13 points below the cut-off bubble, with one race to go, as Kyle Busch took seventh for Joe Gibbs Racing and maintained his position as a driver set to go through to Homestead on his scoring tally.

Alex Bowman was the highest placed non-Ford finisher with fifth in his Hendrick Motorsports Chevrolet entry.

He saw off current points leader Martin Truex Jr of JGR, who is assured of a place in the title fight already thanks to his Martinsville win last week.

Behind Busch was Penske’s Ryan Blaney, who lost ground in his attempt to make into the ‘championship four’ for the first time in his career, while Kurt Busch and Erik Jones rounded out the top 10.

Denny Hamlin’s hopes of securing his spot in the finale took a big blow, as his JGR Toyota suffered damage from a self-inflicted spin early in the race.

He came home alone 28th but he is still comfortably ahead of the points cut-off going into the final race in the round of eight at Phoenix next Sunday.