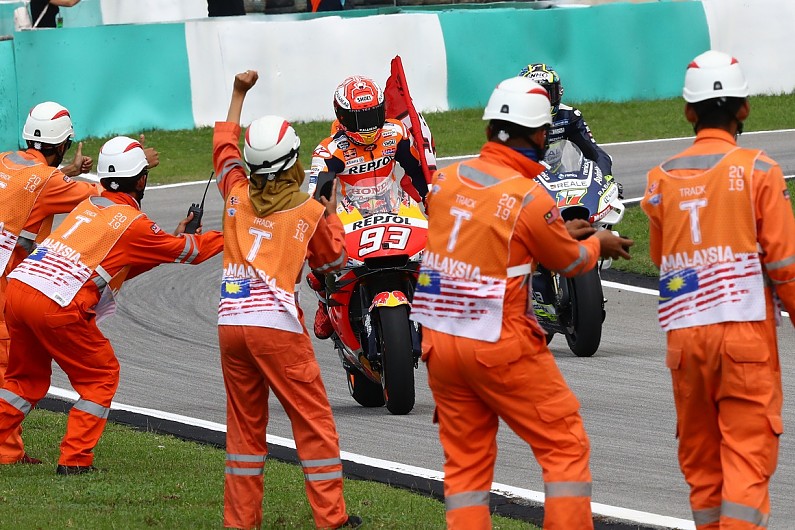 Marc Marquez watched his start from MotoGP’s 2015 Italian Grand Prix to inspire his launch from 11th to second on the opening lap of this year’s Malaysian race.

The Honda rider crashed heavily while trying to follow eventual poleman Fabio Quartararo in Saturday’s qualifying session at Sepang and ended up 11th on the grid, which was his worst starting spot since he was 13th at Mugello four years ago.

That day he went from 13th to fourth on the first lap, and he made a point of studying his riding from that occasion on Saturday to prepare for this weekend’s recovery ride.

“Not only me, but [Andrea] Dovizioso was also very fast [off the line],” Marquez said when asked about his start.

“It was one of the best laps of my career. Mugello 2015 [pictured below] was also very good, and yesterday I watched what I did and said ‘OK, I will try to repeat it’. 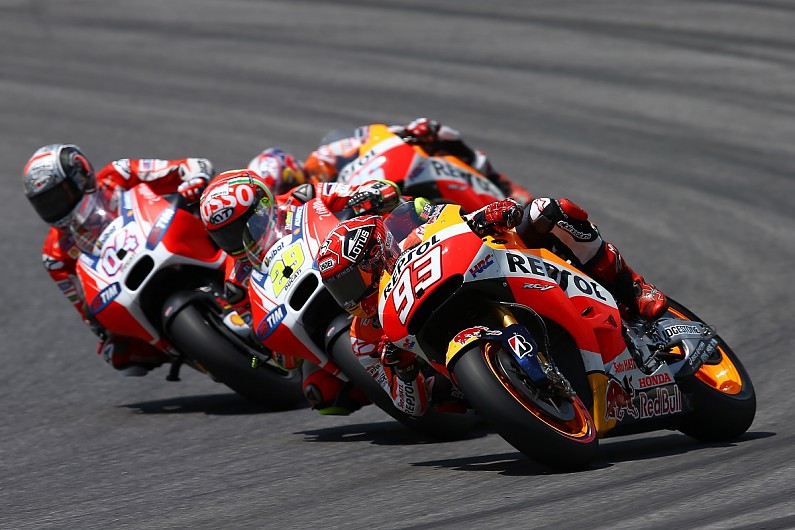 “And it was very perfect, the first lap.”

Marquez was immediately repassed by Pramac’s Jack Miller at Turn 1 at the start of lap two, and spent several tours behind the Ducati before making his decisive move for second.

But by this time, eventual winner Maverick Vinales was already over a second clear – with Marquez conceding even if he had cleared Miller earlier catching the Yamaha was “not possible”.

“I lost some time with Miller in the second lap, but even with this Vinales today was faster than us,” added Marquez, whose second place netted him the record for most points scored in a season with 395.

“He deserved the victory, he rode in a very good way. I mean, I tried, but it was not possible.

“To start from 11th [and] again [get] the worst result of the season, second place, is incredible.”

When asked if clearing Miller earlier would have made a difference, he replied: “Jack always is doing the same thing.

“I mean, he’s pushing, he’s an incredible rider, but he’s burning the tyres the first three laps and he was braking very late, opening the gas like crazy.

“Of course, I was able to do [the same], but I thought I would crash or I would destroy the tyres. And then I said ‘OK, patience, take care of all these things.’

“We achieved our main goal, which was the podium, second place once more.”