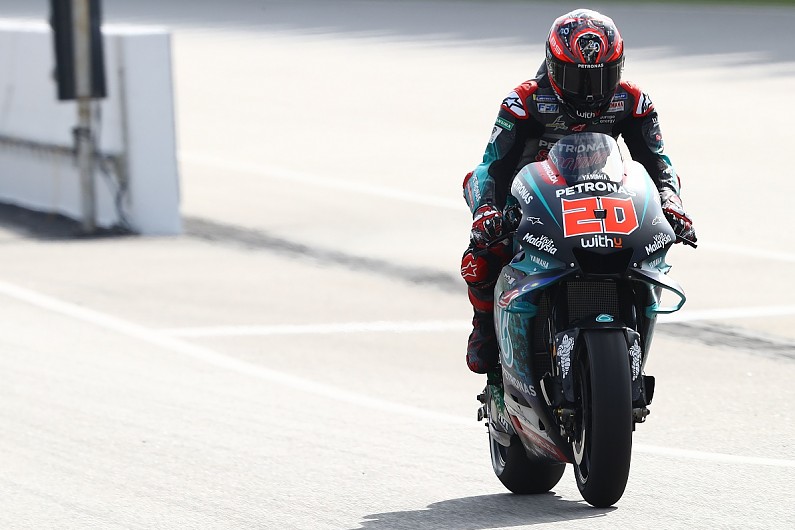 Malaysian Grand Prix poleman Fabio Quartararo says a “total disaster” of a first lap put him on the back foot for the rest of the Sepang MotoGP race.

The Petronas SRT rider was expected to challenge for his first race win at Sepang, having set lap records in practice and taken a convincing pole position.

However he was strangely absent in the race itself, slipping back to eighth at the start and only recovering one of the lost positions by the finish.

Reflecting on the disappointing afternoon, the Frenchman reckons it all began with a “total disaster” of an opening lap which left him buried in the pack.

Then, lacking confidence under brakes, he struggled to execute the passes needed to claw back onto the lead group.

“[It was a] really tough race,” said the Frenchman. “I struggled a lot. First of all, my first lap was a total disaster.

“After that I was struggling a lot to stop the bike, to overtake was impossible.

“I don’t think it was the [circuit] grip, because I heard Maverick [Vinales] did really fast laps at the beginning. But we struggled a lot with the front, a lot of front movement.

“Everybody raced with the medium [front tyre], so the tyre choice was okay. It was really strange, we need to analyse exactly what happened.” 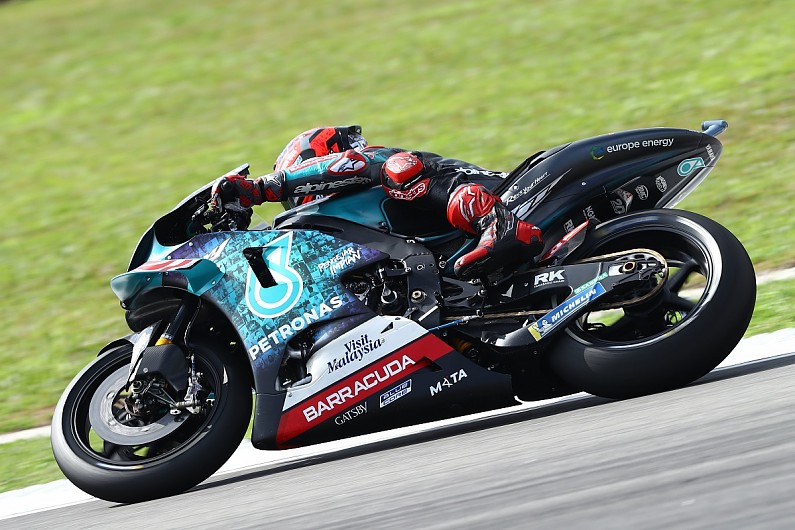 When pressed on where he thought the grip had gone, Quartararo said his guess is that the fronts built up too much pressure.

“I think it was really high pressure on the front tyre,” he said.

“I’m really sensitive about the front tyre pressure and I think that was the main reason, because we lost a lot of performance in the braking.

“It affected it quite a lot, but during the weekend [before the race] it was the reverse – we struggled to gain pressure in the tyre. We were always really low.

“In the race I think it went really high. It was a strange feeling.”

Having been so quick all weekend, Quartararo admitted he was left disappointed with a seventh-place finish.

“We had the pace to fight for the podium, at least, and we finished more than 10s from the lead.

“That’s, of course, not the result we expected.”