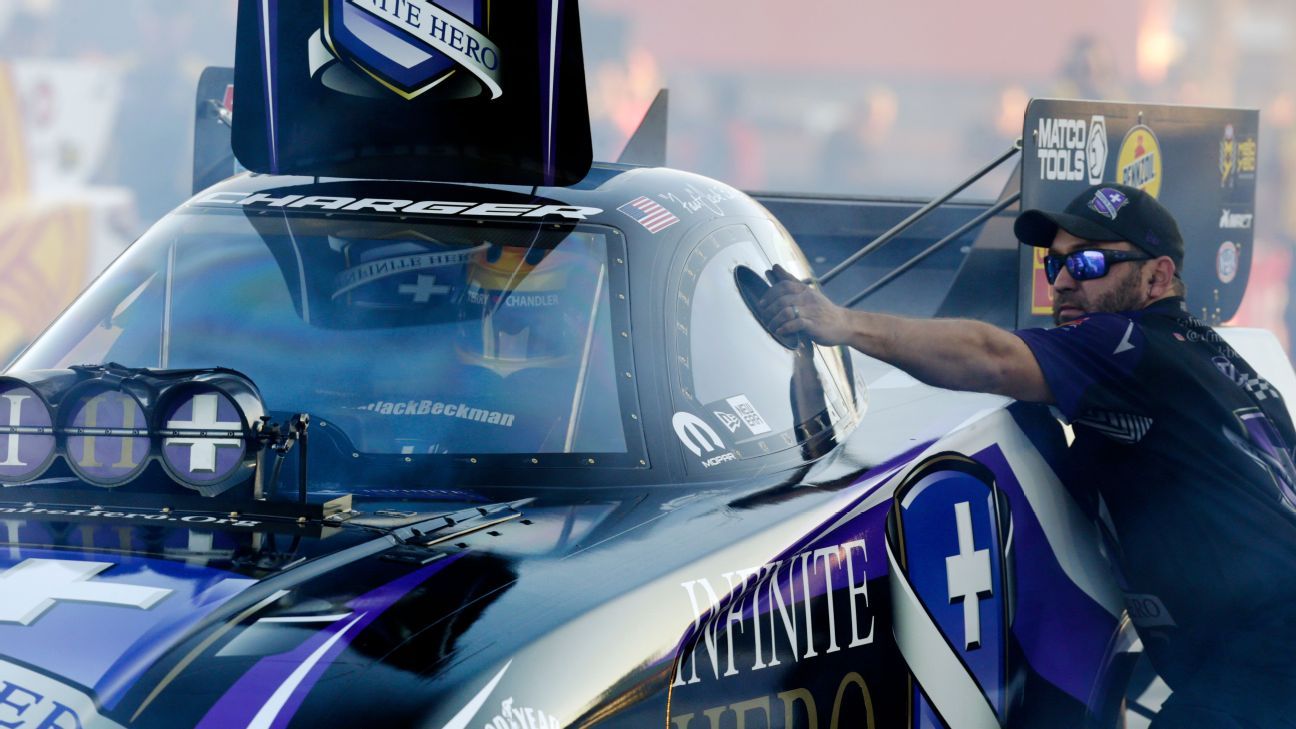 LAS VEGAS — Jack Beckman made the quickest Funny Car run in The Strip at Las Vegas Motor Speedway history Saturday night to take the No. 1 qualifying spot in the Dodge NHRA Nationals.

“I just want the trophy now. That will make it a perfect weekend,” Beckman said. “It just gives us a lot more confidence. The car is doing what it’s supposed to be doing. All we can control is our own destiny and you can’t look past anybody.”

Leah Pritchett qualified first in Top Fuel, Greg Anderson in Pro Stock and Matt Smith in Pro Stock Motorcycle in the fifth of six races in the NHRA Mello Yello Countdown to the Championship playoffs.