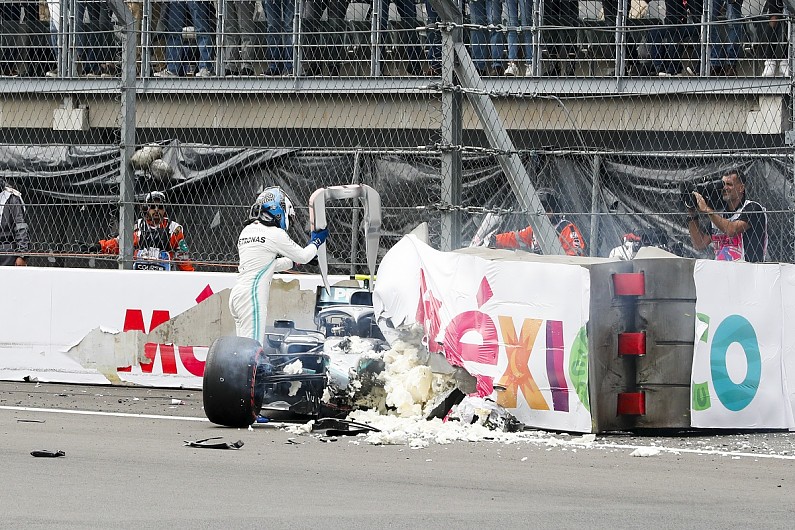 Bottas ran wide and hit the concrete wall, sliding along it before making a heavy impact with what the Mercedes driver described as the “nasty” blunt end of the Tecpro barrier.

Bottas admitted to feeling pain in his right knee after the crash and the sizeable damage to his Mercedes required extensive repairs ahead of the race.

Asked by Autosport if he would bring up the subject with the FIA, Bottas said: “Yes, definitely, we should try and avoid those kinds of Tecpro things.

“It’s a good thing, but how it [the barrier] starts – maybe it should start earlier or much later – it’s not ideal.

“It would have been all fine, and no pain at all if we had continued along the wall like it was.

Former Red Bull driver Mark Webber has also questioned the location of the barrier, writing on Twitter: “[Tecpro] not needed at all at the last corner.”

Masi confirmed that the FIA would review the placement of the barrier. 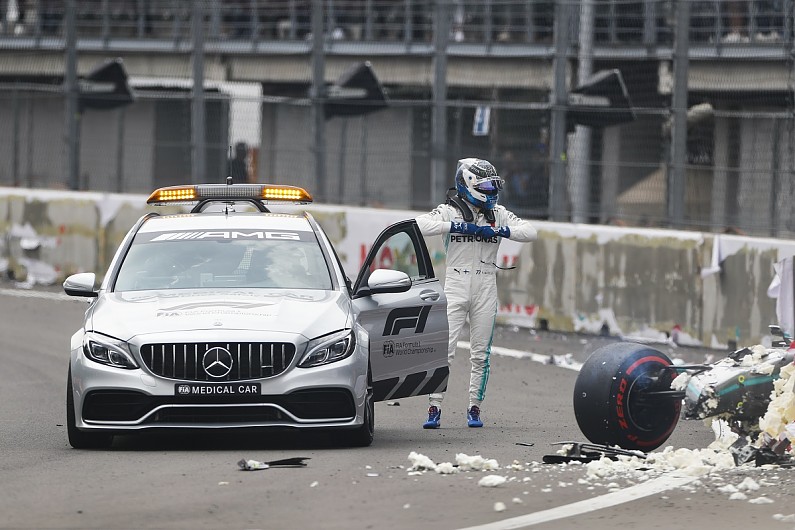 “As part of the circuit’s licensing, when it would have been done a number of years ago, the Tecpro is based on impact angles of various simulations,” he said.

“And that showed quite a severe impact angle based on the simulations.

“Anything prior to that was effectively within our tolerance – anything where the Tecpro is was outside of the tolerance.

“Having seen that incident yesterday, we’re going to have a look and see how it could be improved.”

Masi added that it was not possible to make changes ahead of the race because “the circuit’s been homologated” and that it was “tried and tested”.

He added: “I’m certainly not going to be pulling out a major safety feature, which is what it is.

“From memory, I can’t recall anything at this point that is similar of that nature.

“So it’s something where, first let’s look at the whole picture, rather than a knee-jerk reaction, and actually get a true understanding of what it is, and if we can improve it, and then how can we improve it.

“We had a Tecpro team here this weekend, as there is at a lot of events, and they’re going to have a look at all of it as well.

“I think it’s a lesson to all of us, I don’t think we ever stop learning.”