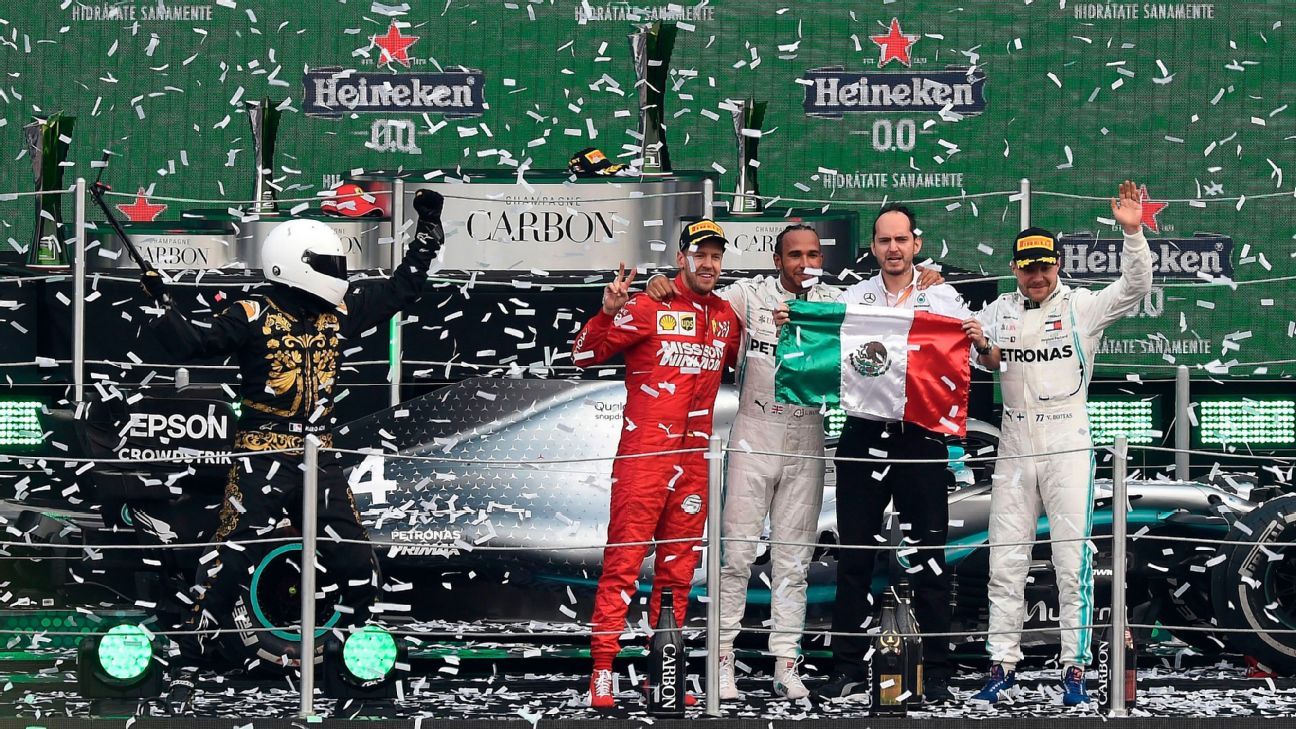 MEXICO CITY — Sebastian Vettel offered a reminder he is as old-school as they come after the Mexican Grand Prix, criticising the “s—–” trophy he was given and a man on the podium brandishing a selfie stick.

The Ferrari driver finished second in Mexico, between Mercedes pair Lewis Hamilton and Valtteri Bottas, and at Mexico’s post-race show — which is held in the stadium section that wraps around the final sequence of corners and turns into a DJ set after the ceremony — the German driver was given a green trophy adorned with the red star logo of Heineken, the title sponsor of Formula One.

Vettel, who made a similar complaint after the Hungarian Grand Prix earlier this year, was not impressed.

“I think it’s a shame, you have such a great race and they’ve put so much effort into the race, and then you get these s—– trophies that look boring,” Vettel said.

“I think we could have some for the future, maybe something nice, maybe a traditional Mexican, because I think it’s a bit of a shame.

“I mean, there’s Heineken written everywhere. You don’t need to have the freakin’ star on the trophy as well. So get something nice like they had when we used to race, when Formula One used to race here before we came back.”

Vettel gave another great example of his traditionalist nature after the race, too.

After the formalities of the podium ceremony — the trophy presentations, the national anthems and the champagne spraying — were concluded, the top three drivers and Mercedes’ Marcelo Martinelli posed for a picture. At that point, the Mexican GP mascot “Mario Achi” tried to get in on the action while brandishing a selfie stick alongside the four-time world champion, but was immediately pushed away by Vettel.

While Vettel went on to criticise Achi’s presence on the podium, he did at least like one aspect of the post-race spectacle, which saw Lewis Hamilton arriving on a ramp which raised him and his car to the podium.

“I didn’t like the selfie guy when he tried to push into the picture, so I pushed him away,” said Vettel. “I’m not big into selfies anyways.

“But I think it was nice to elevate the car as well. I think it’s really cool. Obviously, it’s a very nice way to do it, to involve the whole stadium and the crowd and the other things, so I liked most of it, except the selfie guy and the trophies.”

How about THAT for a podium entrance!#MexicoGP 🇲🇽 #F1 pic.twitter.com/9u7QaeOveP