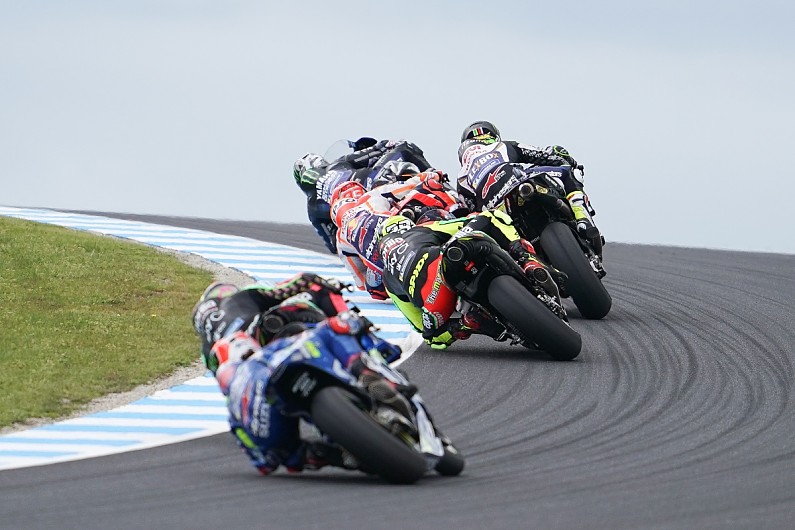 MotoGP Australian Grand Prix winner Marc Marquez admits he had to pass Cal Crutchlow aggressively or else leader Maverick Vinales would have broken away and ‘finished the race’.

Yamaha rider Vinales moved ahead of early leader Crutchlow at the Honda hairpin on lap 10, and had displayed pace throughout practice which suggested he had the capability to break away.

Marquez was aware of this and forced his way through on Crutchlow at the Lukey Heights left-hander at Turn 9, with the LCR rider forced to check up to avoid a collision.

“I already said sorry to him,” the Honda rider said when asked about the move on Crutchlow.

“[It] was tight, on the limit, but it was the crucial moment because if in that lap I didn’t overtake Cal and Maverick opened up half a second, [he would] finish the race.

“So I just pushed to the limit and I overtook Cal because the target was Maverick.”

Crutchlow – who finished second after Vinales crashed on the last lap – said he had “no problem with the move”, as “sometimes there’s contact” in motorcycle racing.

However, he revealed his left glove “half fell off” when Marquez came by, and had to “rub my glove back on” trying repass Aprilia’s Andrea Iannone on the main straight.

“I’m sure he sees stuff different to us now and again, but I have no problem with the move,” Crutchlow said.

“We know Marc does these chop-back moves, and he did, but I never left much room, so I don’t know where he saw the gap.

“But my glove fell off. My glove half fell off and I was trying to get it on for a lap.

“I was going down the straight passing Iannone trying to rub my glove back on.

“As I said, I had no problem with the battle.” 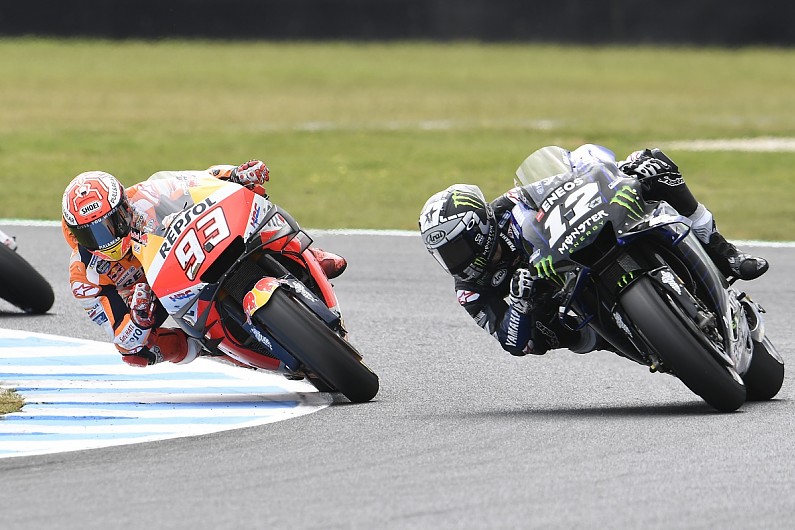 Explaining how he won the race, Marquez says the few laps after passing Crutchlow were “crucial” to not let Vinales break away and was “on the limit” trying to match his pace.

Able to keep him in sight, he says following the Yamaha allowed him to “slow cook the victory”, because he was able to analyse where Vinales was strong and decide when best to make his decisive move.

“Then I started to slow cook the victory, trying to analyse, check how his tyres were and even like this I was not 100% sure because he was very, very fast, and both of us were finished with the tyres.

“But I said ‘okay, I will try to overtake him on the straight because there is where I had a small advantage’.

“But all of sector two and three he was incredibly fast. His bike was always on the line and I was just sliding more, but able to survive those two sectors, and sectors one and four I was faster than him.”