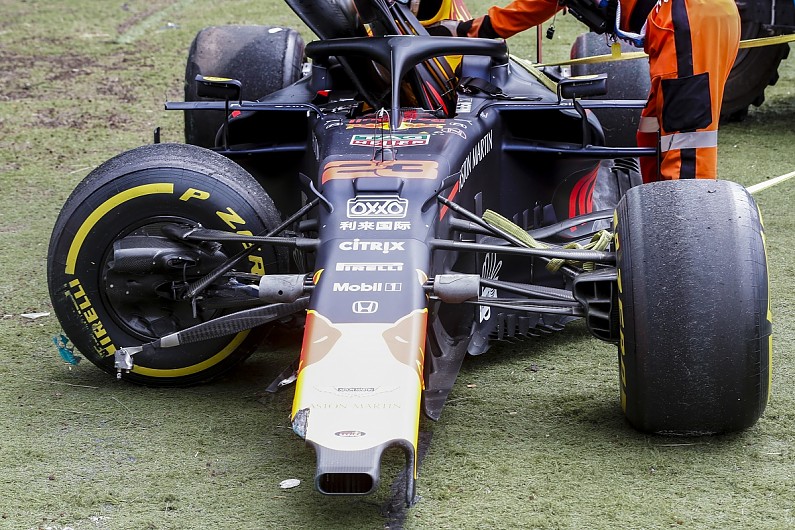 Red Bull Formula 1 driver Alex Albon has lamented the “frustrating mistake” that led to his crash in Friday practice at the Mexican Grand Prix.

Albon clipped the outside kerb entering the Turn 7 left-hander on a flying lap early in the second free practice session, and lost control of his car – which went rear-right first into the tyre wall.

The impact crunched up the right-side suspension and ruled Albon out of the remainder of the session, leaving team-mate Max Verstappen to carry out qualifying and race pace simulations alone.

Speaking to media afterwards, Albon confirmed he was unhurt and took full responsibility for what he admitted was a “silly” error.

“I’m fine, damage on the car is not great, but obviously it’ll be ready for tomorrow,” Albon said.

“Just lost it on entry, I used a bit too much entry kerb. Still need to look at it to be honest, because I haven’t seen too much of it, but once it goes it goes pretty quick, and that was that.”

Albon’s incident, as well as Racing Point driver Lance Stroll’s crash in first practice, were the big flashpoints on a day where lots of drivers appeared to struggle with the track conditions, whether running through the grass at Turn 1 or spinning off. 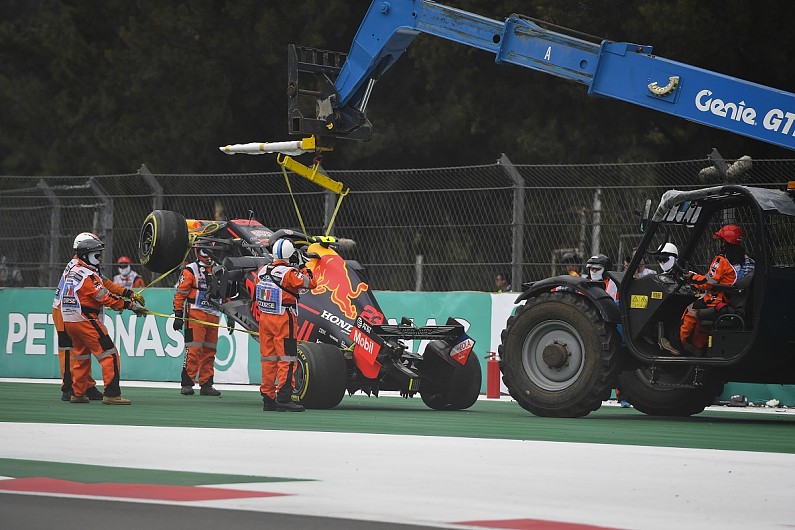 Asked about the conditions, Albon said: “It’s not too bad. It’s more the downforce here, just with the high downforce but with the light air, the skinny air, it makes it tricky.

“But it’s just one of those things. I think everyone was going off and making mistakes, but obviously I did the biggest one.”

Verstappen, who headed Albon by half a second in the opening session, ended the day just a tenth off the pacesetting Ferrari of Sebastian Vettel.

This, coupled with the RB15’s strong showing in race trim, left Albon encouraged for the rest of the weekend, although he admitted he would need to take “a bit of a different approach” on Saturday to rediscover his rhythm around the track.

“Max showed the car is quite quick, especially in the race run. It’s not too difficult,” he said when asked about a possible lack of data.

“It’s more just [a matter of] me getting back the rhythm in FP3, and then building on it for qualifying.

“So it’s not the end of the world, but we obviously made it difficult for ourselves.”