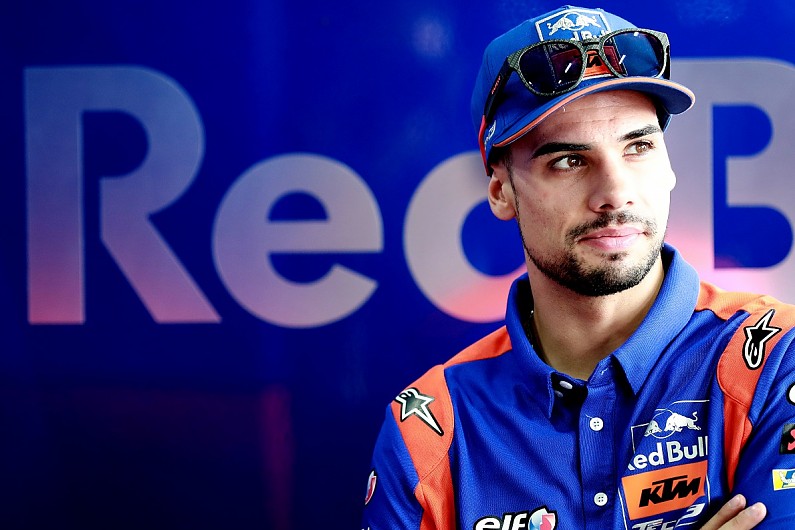 Miguel Oliveira says KTM’s decision to hand rookie Brad Binder a factory MotoGP ride for 2020 makes sense “only” to KTM and has left him feeling “not worthy”.

A strong debut season on the KTM RC16 as part of the satellite Tech3 team meant Oliveira was the obvious candidate to replace the suddenly-departing Johann Zarco in the works line-up.

But Tech3’s strong desire to keep him on board meant the Austrian manufacturer had to explore other options.

Speaking shortly after the announcement that former Moto2 team-mate Binder – who was due to partner Oliveira at Tech3 next year – will now get the factory ride straight out of Moto2, Oliveira could not conceal his frustration.

He said getting passed up for the 2020 factory gig would’ve been a lot easier to swallow if KTM settled on its 36-year-old tester Mika Kallio as Zarco’s full-time replacement, having already drafted him into the current line-up after Misano.

“I said, well, ‘if it’s Mika, I think it’s completely fine for me’, because I had built a good relationship with the [Tech3] team and I think it doesn’t make sense to make the switch,” Oliveira said.

“Having chosen a rookie and a guy which is the same age as me makes me feel a bit like I’m not worthy enough to be there.

“But, it’s their decision and I respect [it], and it doesn’t change any single thing on my mind on being here and doing the maximum here.” 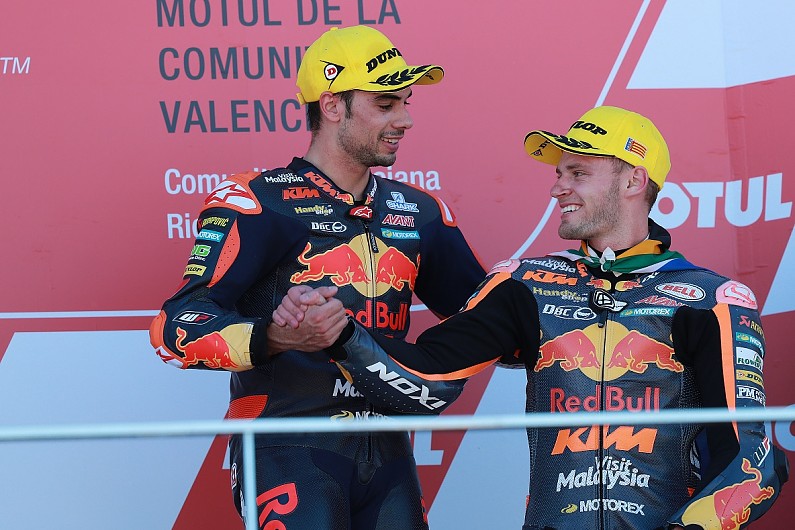 Asked how the decision could impact his long-term prospects with his long-time employer KTM, Oliveira said: “I mean, if you look at the overall picture it makes sense to them, but it’s only to them that it makes sense.

“For me I don’t know, I just need to see what the future holds. My commitment is fully here, and it will remain the same. About the future, long-term, I have no idea.”

The deal between KTM and Tech3 supposes parity in terms of machinery, but Oliveira admitted he had his doubts that this would be fulfilled in 2020, saying: “We were supposed to have a factory bike this year, it didn’t happen until only recently, [so] who knows about next year?”

He added: “The thing is, when you are offered a factory seat, there are many other things at stake – first of all, you are guaranteed that you have a factory bike, secondly you are more involved in the development of the parts and you get to try many things.

“For me as a one year [of] experience MotoGP rider, [it] made more sense to be there, but it doesn’t make [more sense] to them, and this is the thing where we disagree. But again, I respect that. There’s nothing I can do.”

Oliveira said he found out Binder’s promotion was on the cards on Friday at Motegi.

“Mike [Leitner, KTM team manager] came and talked to me, and I explained how I felt about it, but it made no difference, so clearly they knew about it [the final decision], and they were just asking me my opinion to waste my time.”