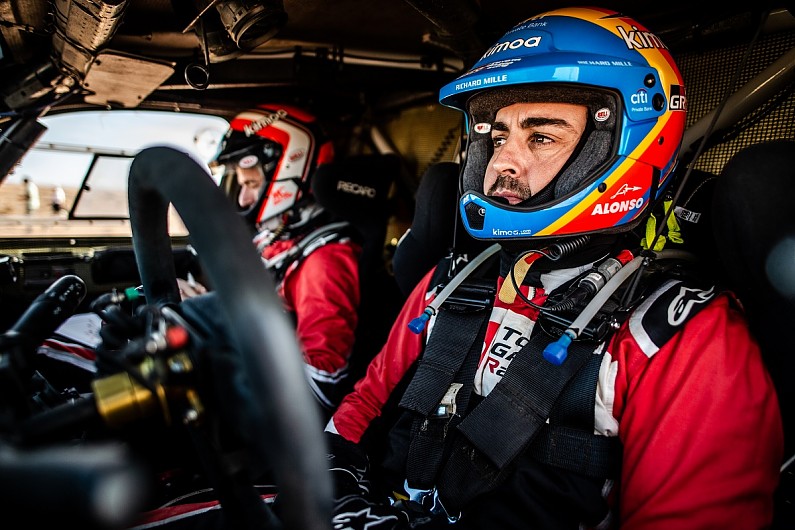 The Spaniard has been seen testing and competing in the team’s Hilux race car this season, but it took a trio of top 10 times on the recent Morocco Rally to finally convince Alonso that a tilt at the maiden Saudi Arabian-based Dakar would be a good idea.

Alonso’s Dakar deal was confirmed at a Toyota press conference at the Rally of Spain in Catalunya on Thursday.

Alonso first drove one of the five-litre V8 Hiluxs at a test in March, then competed in August before starting the Morocco Rally earlier this month.

His hopes of a top 10 result in Africa were spoiled by a 90mph crash.

Alonso, who will be co-driven by five-time Dakar bike winner Marc Coma, understands he still has plenty to learn ahead of the start in Jeddah for the maiden Middle Eastern Dakar on January 5. 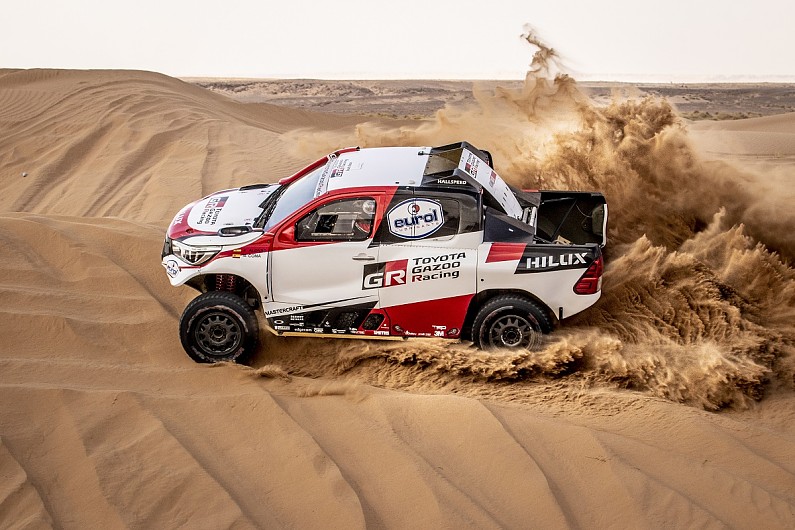 He told Autosport.com: “In my case, reading the terrain, the obstacles, where to pass them sometimes.

“The dunes too, I have to have a bit more rhythm, more speed and never get stuck.

“With Marc [Coma, co-driver], the more kilometres we do, the better we will be, because it is also new for him.

“It is not that he is a co-driver who has years and years of experience inside the car, so little by little we are getting better.”

In preparation for January’s 12-day event, Alonso is expected to tackle a Saudi Arabian national event, the Ulma Rally (November 4-9).

He is also likely to start Abu Dhabi’s premier cross-country event in December.

Given the Dakar organisers’s decision to ban testing in Saudi Arabia ahead of the event, both rallies are expected to be busy with crews cramming in as much mileage ahead of the marathon January event.

Following Toyota’s announcement in Salou on Thursday, the team spent Friday and Saturday testing in the hills of Tarragona, inland from the Costa Daurada.