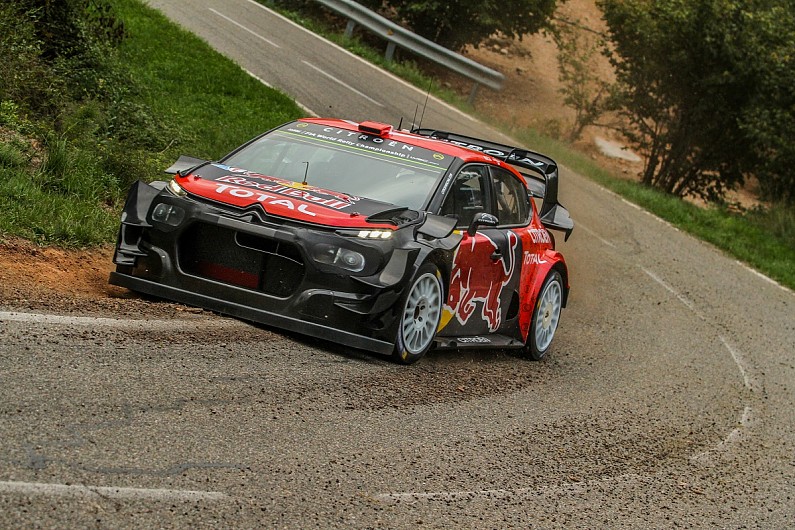 Citroen will not use the radical World Rally Championship aero upgrades it recently tested on this week’s Rally of Spain.

Pictures – supplied by Hugo Blancher – detailing major changes to the aero on Citroen’s C3 WRC appeared last week and suggested the team was trying the most drastic aero alterations seen since the current cars were introduced for 2017.

But a team spokesperson said there will be no upgrades on Sebastien Ogier and Esapekka Lappi’s C3 WRCs in Salou this week.

Citroen had hoped to introduce new suspension for the previous round in Wales, but a lack of homologation opportunities precluded such a move.

For the same reason, the significant aerodynamic evolution the team made in testing cannot be used.

Ahead of the penultimate round of this year’s WRC, Citroen declined to comment on changes to the C3.

When asked what he thought of the changes to the Citroen, Toyota’s championship leader Ott Tanak replied: “It looks quite aggressive, but in places it does look a little bit like a copy and paste from our car…”

Asked about latest new parts for the C3, the FIA told Autosport: “The FIA, via its rally and technical departments, has worked closely with Citroen Racing over recent months in order to help them validate some evolutions to their car and implement them.

“However, to date, Citroen Racing has not submitted a request for the FIA to homologate new parts.” 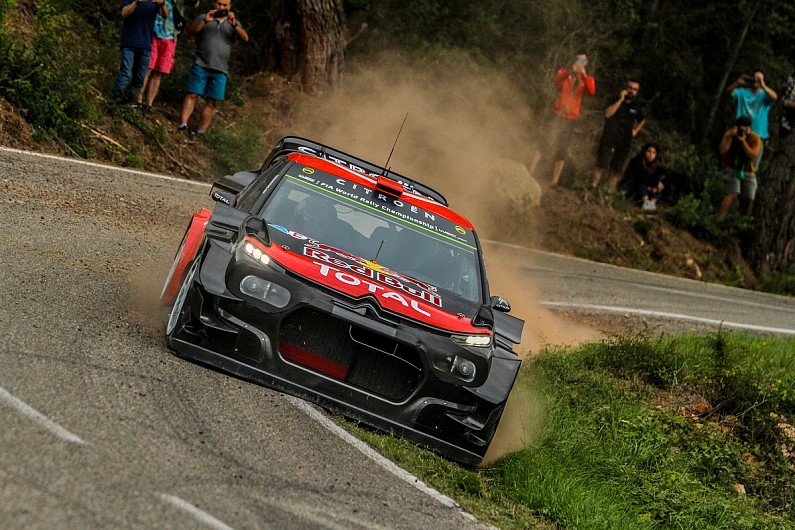 Citroen star Ogier will have to finish ahead of Tanak to keep his title hopes alive beyond Spain.

While his predecessor in the C3 WRC, Sebastien Loeb, won last year’s event, the nine-time champion benefited greatly from a final-day gamble on tyres in mixed conditions.

To take a maiden title, Tanak needs to finish two points ahead of Ogier in Salou, while Thierry Neuville – the only other driver capable of lifting the 2019 crown – needs to finish 12 points up on Tanak to stay in the championship fight for the finale in Australia.

“For sure, the pressure is on, there’s no doubt about that,” said Tanak, for whom a win in Spain on Sunday afternoon would be enough for him to be crowned for the first time.

“We had a good test and generally the feeling is quite good with the car, so now we have to see.

“I guess the focus will be on me, but at the same time Ogier and Thierry will have to go all-out. There’s no doubt about that from their side.

“But for me, there’s no need to risk everything. I don’t need to do anything if the feeling is not there.

“If I’m comfortable with the car then I’m sure we can make the fight, but let’s see how it goes.”

Tanak led last year’s event and looked comfortable before a puncture curtailed his charge and consigned him to sixth.