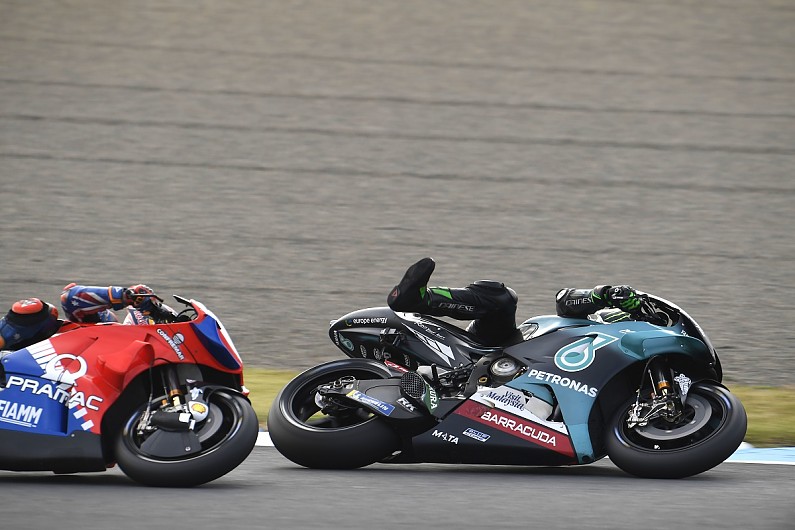 Franco Morbidelli says he signalled to Jack Miller in the early stages of MotoGP’s Japanese Grand Prix to show that he was “pi**ed off” with the Pramac Ducati rider.

Petronas Yamaha rider Morbidelli and Miller spent the early laps of the Motegi race battling over third place behind Marc Marquez and Fabio Quartararo, almost making contact as Miller dived to the inside at the Turn 3 left-hander on the third lap.

As he repassed the at Turn 4, Morbidelli raised his right leg in order to express his displeasure at the Australian, before Miller moved back ahead at Turn 5.

Miller then got away from Morbidelli but the places were reversed on lap 10 of 24 as Miller began to struggle badly for pace, as both ultimately fell away from the podium fight.

“I was very pissed off,” recalled Morbidelli – who finished sixth – of the tussle.

“Finally, I was right, because I passed Jack and even though I was struggling I passed him and I did not see him for the rest of the race. I was right.

“But he had a different thought in that moment so he decided to lose some more time.

“I showed him that I was pissed off [by signalling to him]. The corner before, he touched me so I got pissed because of that.

“Also because I think we were actually losing time, there was no reason doing that in such an early stage of the race, especially when you are using a soft tyre and you have to bring it to the end and the first two guys are going away.” 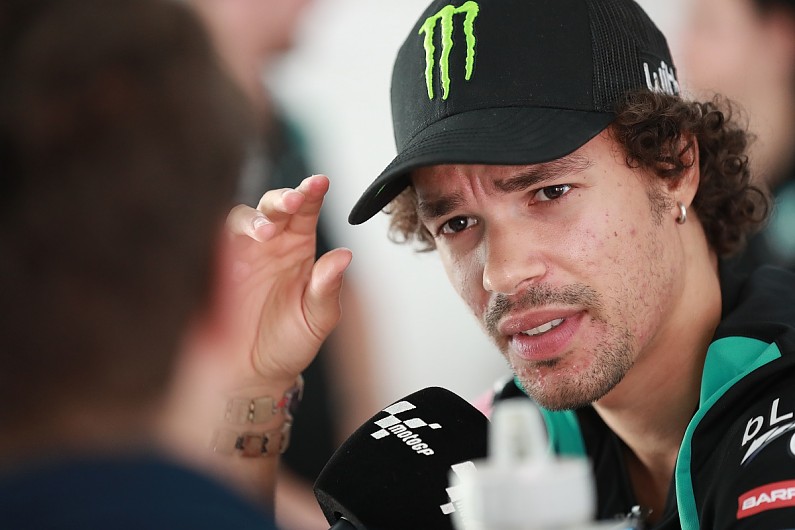 Explaining his version of events, Miller said: “He [Morbidelli] felt like he was quicker but he didn’t have the pace. I was trying to get past him.

“Typical Franco, he’s [half] Brazilian, he loves jamming it down the inside of you any chance he could, and then chucking his feet in the air.

“I could have done fifth if I did not lose so much time with Jack, this is for sure,” he said.

“But Maverick [Vinales] and [Andrea] Dovizioso had better potential than me, so I would have arrived behind them anyway.”

Miller, running soft tyres front and rear, ultimately slipped to 10th place after suffering a loss of rear grip “around lap seven”, which forced him to go into “survival mode”.

He added: “I don’t know what happened really. I felt really comfortable, really strong, was just trying to stay with Marc and Fabio and all of a sudden I couldn’t push anymore.

“It’s not a very good feeling when you’re already losing ground and you come past [the timing tower] and it says 17 laps to go. We have to understand if it’s settings or what.

“It is what it is, we’ll take it. We’ll chalk it down as another learning race.” 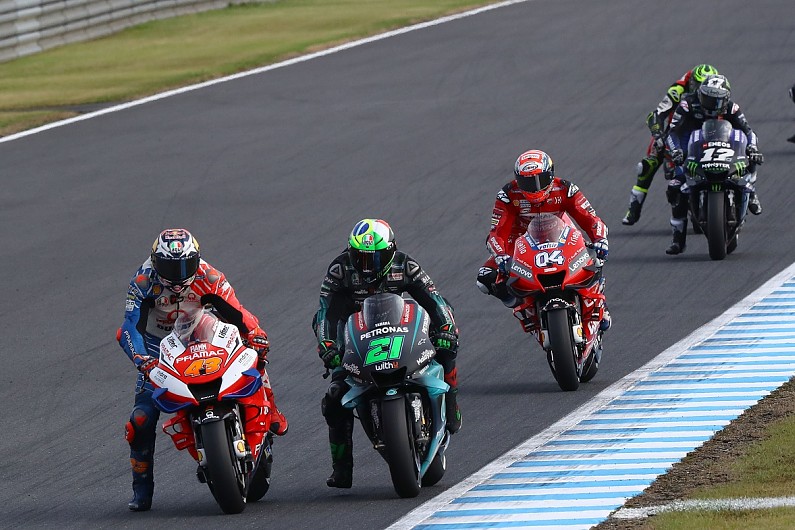