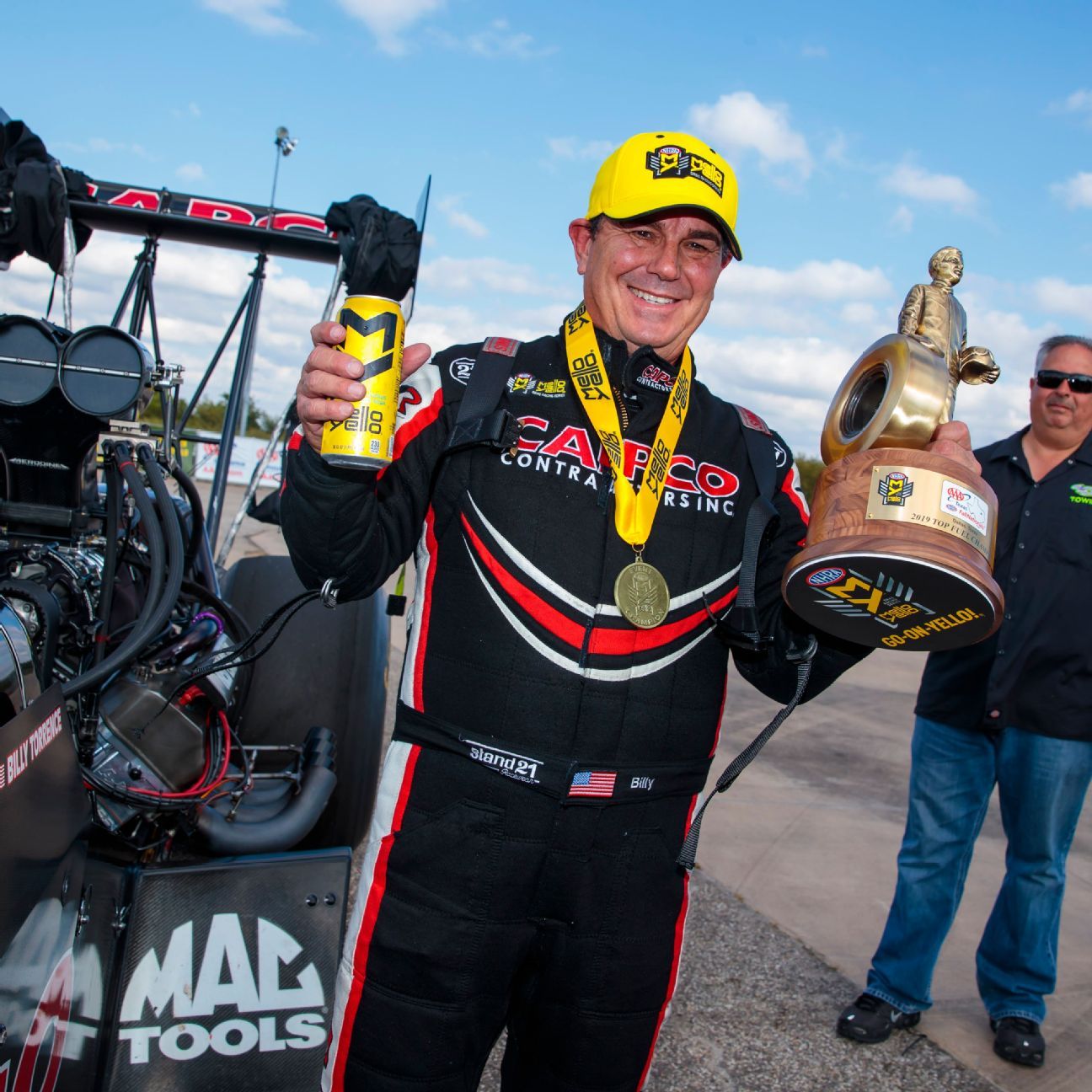 Torrence had a 3.775-second run at 319.67 mph to beat first-time finalist Jordan Vandergriff at Texas Motorplex. Torrence has four victories this year and five overall.

“It’s home turf, and we love to race here,” Torrence said. “We’ve raced here our whole career, and we have a lot of fans here. There’s no better place to race than Dallas, Texas, and we did have the best car today. It has been very humbling, and we’ve been very blessed and fortunate to have the success we’ve had.”

His son, Steve Torrence, is the points leader and defending season champion.

Matt Hagan won in Funny Car, Greg Anderson in Pro Stock and Jerry Savoie in Pro Stock Motorcycle in the fourth of six races in the NHRA Mello Yello Countdown to the Championship playoffs.

Anderson beat Jeg Coughlin Jr. with a 6.609 at 209.75 in a Chevrolet Camaro for his third victory of the year and 94th overall.