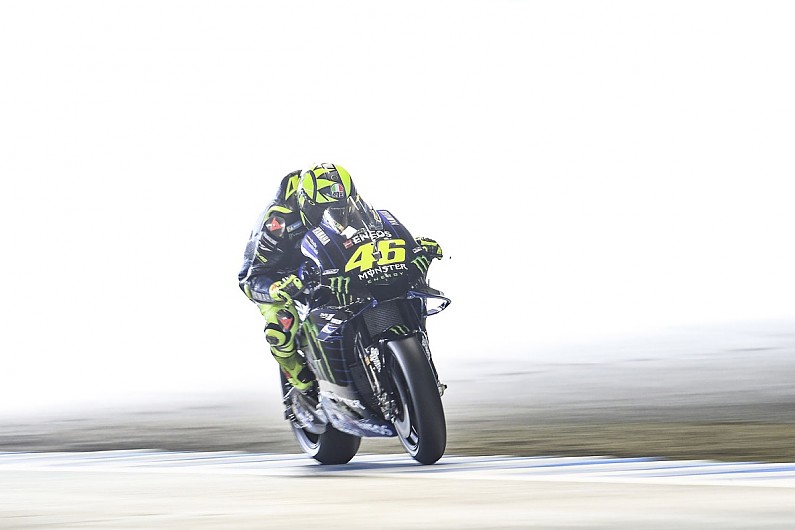 Valentino Rossi has ditched the updated Yamaha exhaust and swingarm he has used since August’s Misano test for the MotoGP Japanese Grand Prix.

Yamaha introduced a Suzuki-style twin exhaust and the long-requested carbon fibre swingarm to its M1 during the Misano test, with Rossi racing both elements in the San Marino, Aragon and Thailand Grands Prix.

The exhaust was aimed at providing smoother power delivery, while the carbon swingarm – which Rossi had pushed for all year – was brought to improve a long-standing issue of tyre life.

But Rossi has been beaten by fellow Yamaha riders Maverick Vinales and Fabio Quartararo on the standard M1 at those three races and is continuing to suffer from tyre life.

Rossi has now opted to follow the path of Vinales and Quartararo for Motegi owing to a lack of track time during a race weekend to properly evaluate the new parts.

“In the last two races I had a lot of problems with the rear grip and I suffer more than the other Yamahas,” said Rossi, who was fifth fastest on Friday in Japan.

“For me, especially with the exhaust, we are not ready [to race them] because it looks like that it is not at the same level of the standard [one].

“We need more time. But, unfortunately during the race weekend, you cannot do anything.

“You always try [to get] performance. We will see this winter [in testing].

“About the carbon swingarm, for me, it’s not a [big] difference [compared to the standard aluminium version].

“It’s not worse, but we decided to go to the other [version].” 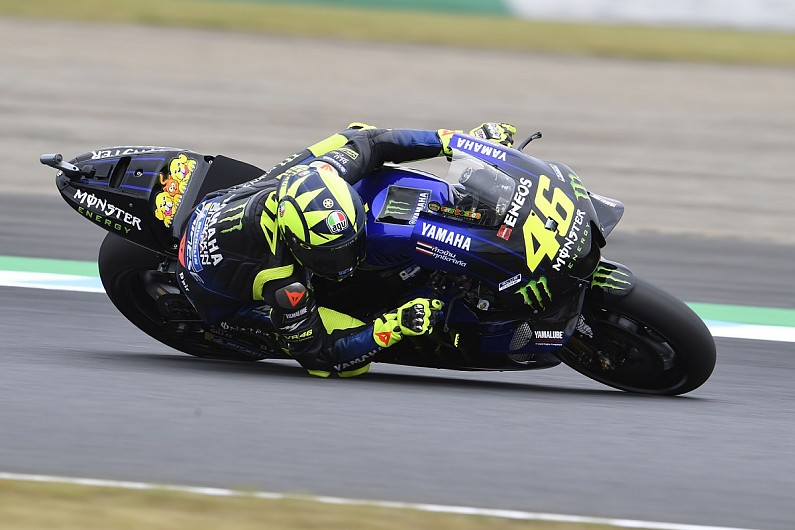 Despite ditching the new parts at Motegi, Rossi continued to praise Yamaha’s efforts this season to make a technical step compared to its rivals after the “gap became very big” in recent years.

“For me, this year, [Yamaha has] changed a lot of key people in the MotoGP project,” he added.

“Now the situation is different. We have positive feelings because we have good young engineers that push more.

“And it looks like Yamaha also understands that if they [want to] try to fight for the victory, they needed to make a technical effort because, from the end of 2016/’17, our gap became very big compared to Honda and Ducati.

“But it is good. I think we need time, but I hope that we can be more competitive.”