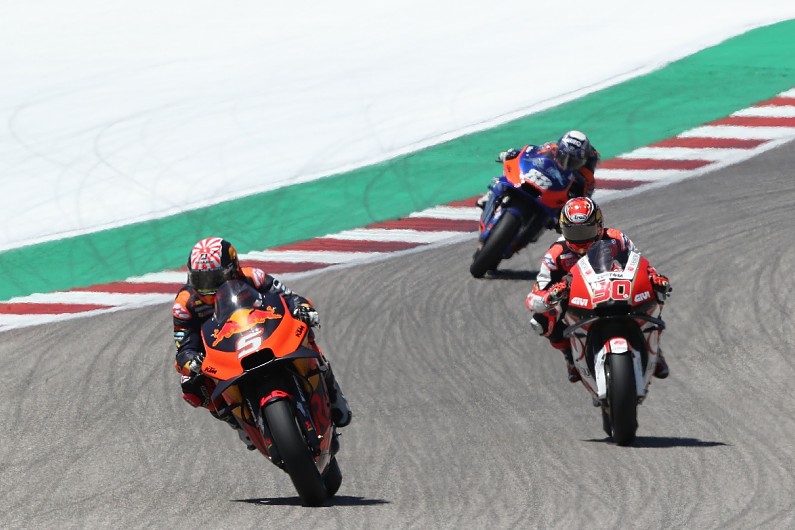 KTM outcast Zarco has been drafted in to replace Takaaki Nakagami on the year-old Honda RC213V at Phillip Island, Sepang and Valencia, with the Japanese rider ruled out due to a planned surgery.

Zarco had toiled on a KTM RC16 bike that has been likened to the Honda, but Crutchlow – who has long expressed a preference for the 2018-spec RC213V over the current version – believes Zarco should be up to the new task.

“When I initially said Johann wouldn’t go well on the Honda I was talking about the 2019 bike,” Crutchlow said.

“The 2018 bike is a lot different, it’s a lot easier bike to ride, it stops and turns well and I think you can manage the situation on that bike a lot easier than our bike this year. Obviously doesn’t seem so with Marc [Marquez].

“I think you have to have the experience of the Honda to ride this year’s bike. And I think he [Zarco] will do a good job. He brakes late, he turns and he comes out of the corner.

“Sure, he has a smoother style but Dani [Pedrosa] also had a smooth style. I think he’ll do better than what people expect, sure.”

Crutchlow acknowledged Zarco has had a “rough year” but pointed to his credentials as a two-time Moto2 champion as validation of his talent.

“You don’t become a world champion and then don’t be fast. He’s still got it in him, he’s still able to be fast and competitive I’m sure, and I’m sure he’ll be able to prove that on this bike.

“I think he was a good choice by the team and Honda to replace Taka.” 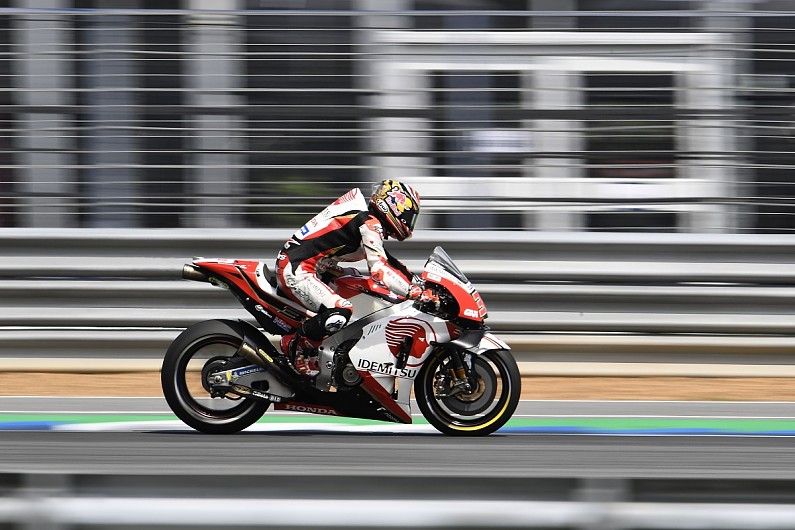 Nakagami, whose MotoGP deal was recently extended through 2020, reiterated his late-2019 absence was a consequence of the crash with Valentino Rossi at Assen – and insisted it would’ve been “impossible” to see out the campaign.

“Since the Assen crash I feel pain in my right shoulder and let’s say that race by race I feel that I lose performance,” he said.

“For me, as you know, it’s a really hard decision, I miss the last three races, and of course I wanted to finish racing until Valencia, but now it’s quite impossible.

“Even the last few races I struggled to even finish the race. Aragon was so-so, but in Thailand I really struggled to hold onto the bike, I lost power and everything. After this, I decided, ‘okay, it’s time for surgery’.

The Japanese rider acknowledged he may be in for a difficult home grand prix this weekend at Motegi.

“The biggest problem is, I cannot hold onto the bike on braking, especially hard braking is getting worse and worse.

“I don’t want to say [it], but [it] will be tough weekend here. But I [will] try to do my best and hopefully the pain does not increase, and I think from FP1 I have to take some painkillers.”