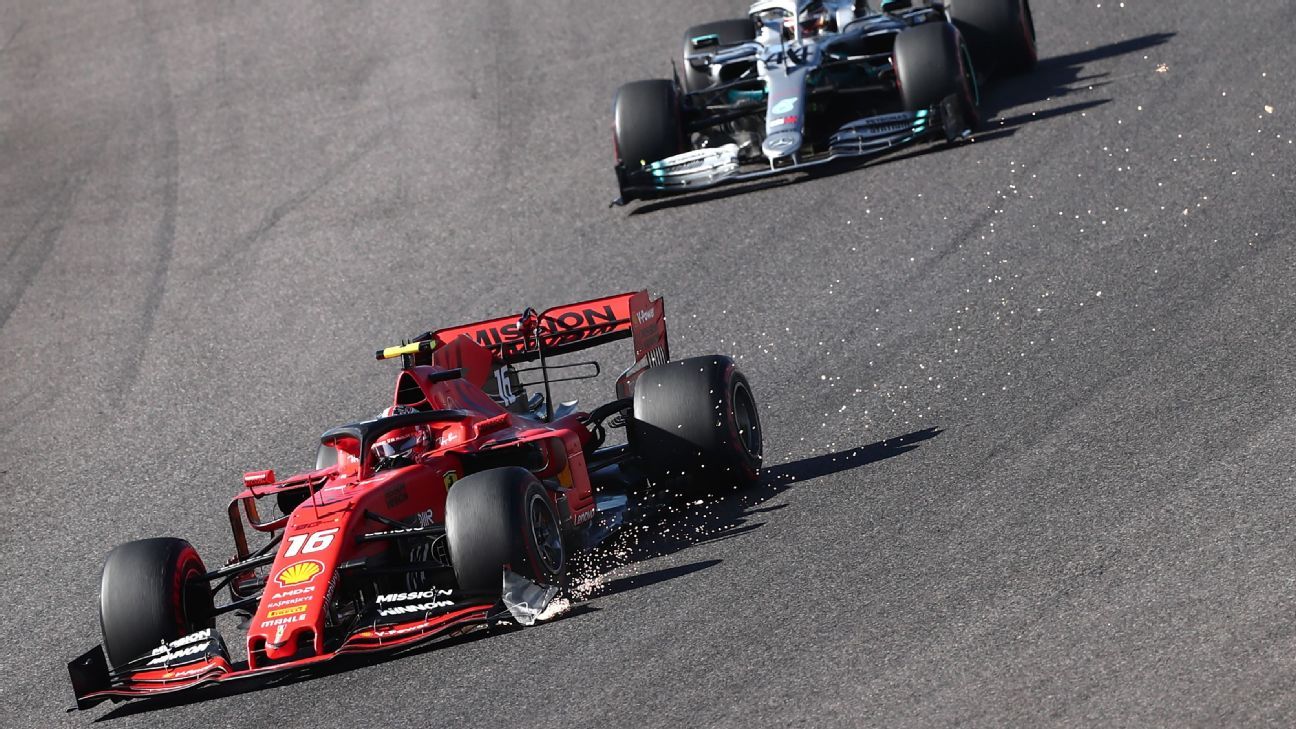 Mercedes secured a sixth consecutive sweep of the drivers’ and constructors’ championship at the Japanese Grand Prix.

The Suzuka event saw a Tyhoon-enforced revamp to the weekend format and a race which brought stewarding decisions under the microscope again. Our F1 team, Laurence Edmondson, Nate Saunders, Maurice Hamilton and Kate Walker, discuss all the major talking points to come out of the weekend.

LE: Ferrari has made the necessary progress with its car to fight Mercedes for the title, but operationally the Italian team is not there yet. There have been too many missed opportunities this year and there is no indication those mistakes will be ironed out by next year. I think it will be closer, perhaps with Red Bull in the mix too, but at this stage it would be very brave to bet against Mercedes and Hamilton doing it again.

NS: Mercedes’ current run is incredible, but Ferrari has a longer winning streak in the ‘It’s The Hope That Kills You’ championship. Until Ferrari learns how to stop tripping over itself on a regular basis it would be foolish to bet on anything other than a seventh Mercedes double next year.

MH: For the past couple of years, we’ve started off by thinking ‘This time, Ferrari will get their act together, capitalise on a good car, push Mercedes and expose their weaknesses.’ And each year, it doesn’t happen. Why should 2020 be any different?

KW: Far too early to say, but also far too early to bet against them. The regs are the same, or near as, so it’s hard to see Mercedes slipping backwards. Even with a resurgent Ferrari the line on Sunday mornings has been “so how are they going to screw it up this time?”. Merc don’t screw anything up.

Having seen it in action, would you favour a shorter weekend format in future?

LE: I think a shorter weekend format is a great idea, but I’d still rather see qualifying and the race on different days so they feel like proper events. The only problem is ensuring race promoters can still turn a profit over two days rather than the usual three.

NS: Definitely. The importance of Friday practice has been overplayed within the paddock and turned into a TV event. F1 wants to improve the product — the recent past has shown less practice equals more unpredictability and that’s without needing to play around with the qualifying format.

MH: Every time this has happened in the past, it’s confirmed the fact that a shorter weekend definitely works. The lack of time to finesse detail leads to uncertainty and unpredictability in the race – which is what we want. Downside is promoters understandably don’t want to lose a day. And neither do the race fans who only have one opportunity a year to see a Grand Prix. But with more and more races, the shorter weekend has to be a valid consideration.

KW: Yes please, but only if we can do it with a day off on Saturday, all-night karaoke sessions, and a second night spent playing Monopoly against Godzilla while eating random conbini junk food. Squeezing the whole weekend into two days without a break would be exhausting.

Does Charles Leclerc’s 10-second penalty for Ferrari ignoring the FIA’s calls to pit a damaged car fit the crime?

LE: I haven’t heard the radio exchange between race control and Ferrari, so it’s not clear exactly what was requested. But based on the assumption that the team was told to pit unconditionally due to the front wing damage, then I would say a stop-go/30 second penalty would be more appropriate.

NS: Not remotely. You only have to see how big the piece of debris was that nearly hit Lewis Hamilton’s car to understand how dangerous it was, either to him or a marshal standing trackside. We had a fatality during a Formula One weekend six weeks ago, so you can’t downplay the severity of ignoring an on-track safety risk (twice, by the way). This should have been a disqualification.

MH: Setting aside the fact that bits were falling off his car to a dangerous degree, ignoring the ‘referee’ should be a black flag offence, ending his race immediately.

KW: Yes. Those are the rules as written, and anyone who doesn’t want to play can go find a different category to play in. When the endplate sheared off it could have been very dangerous for another car or trackside official — no one wants another Massa in Budapest scenario, and that’s what the damaged car regs are there to prevent.

Max Verstappen said he didn’t know what was going on with the rules on Sunday. Has F1’s commitment to “let them race” opened up too many grey areas?

LE: I think the balance at the moment is right. Leclerc made a mistake when he hit Max, but it was the first corner of the first lap and mistakes will happen. If a driver intentionally pushes a competitor off the road, then that’s a different story.

NS: I like the philosophy but I think there’s a danger stewards have become too worried about handing out any penalty at all for fear of ruining the spectacle. The dithering over the Leclerc-Verstappen incident at Suzuka hinted that indecisiveness has been allowed to creep in.

MH: The whole point about ‘Let them race’, as opposed to sticking religiously to the letter of the rules, is that decisions are going to depend on how the stewards read each situation. Inevitably, one driver will be happy and the other upset. Max may not like the stewards’ decision in this case, but it may work for him next time.

KW: Nope! Grey areas in sporting regs are good news, I think. Sure, the stewarding was a bit chaotic and the “noted but no investigation needed” followed by a volte face was rather bizarre, but in the final classification Leclerc was punished as per the regulations. First lap incidents are tough to call, and in the end Leclerc was judged and found wanting.

Leclerc going through 130R with one hand on the steering wheel: incredible, or proof modern F1 cars are too easy to drive?

Charles Leclerc going flat out through 130R one-handed while stopping his wing mirror from flying off. Insane! 🤯

LE: From a physical point of view, there’s a strong argument that they are too easy to drive. But F1 cars are still incredibly tough pieces of kit to get the best out of and drive at the limit. The simple solution would be to ban power steering. There’s no way Leclerc would have been able to pull that off without it.

NS: Context, first of all, too easy to drive — for the best drivers in the world. But these should be the most challenging cars in motor racing and videos like the one above do little to suggest they are.

MH: The most graphic example yet of how stupid these cars are; far too aero-dependent and easy to drive. I know they ‘softened’ 130R some time ago, but it used to be a ballsy place. Seeing Leclerc do that made a mockery of F1 and what is supposed to be the ultimate race car.