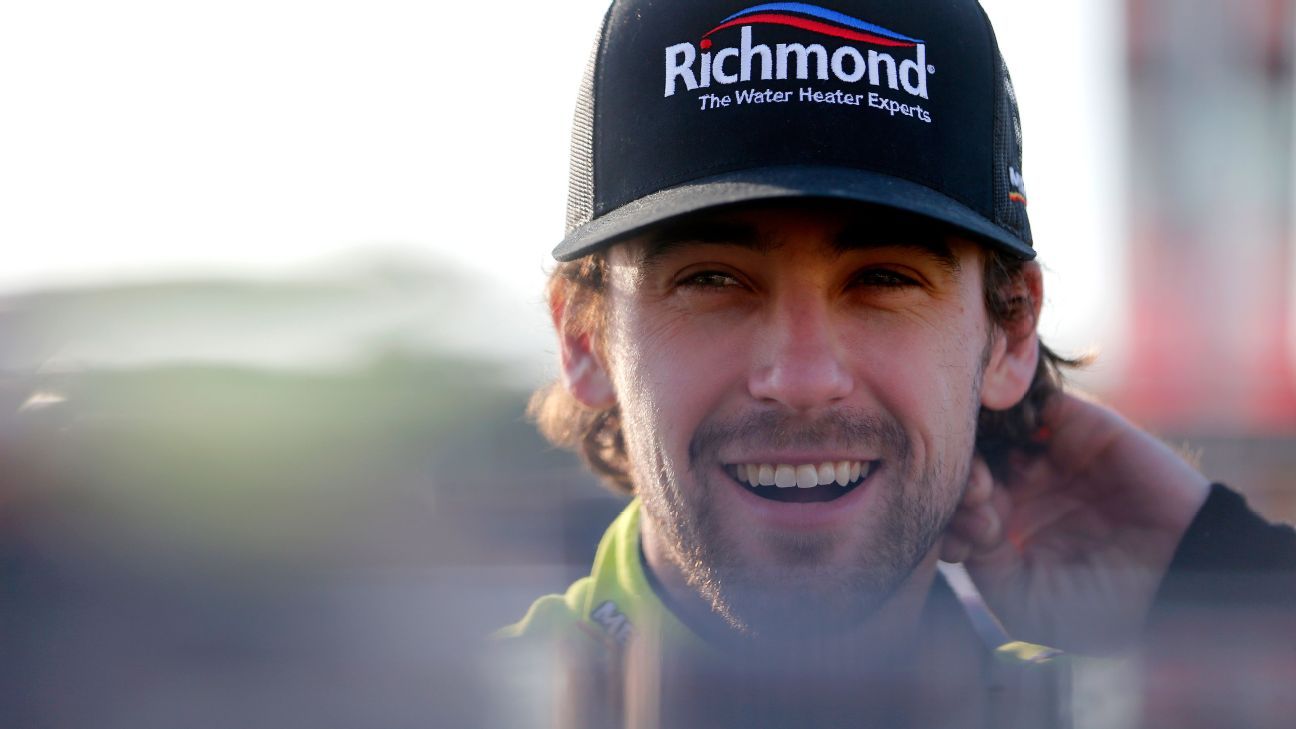 TALLADEGA, Ala. — Ryan Blaney beat Ryan Newman in a door-to-door race to the finish line to win Monday at Talladega Superspeedway and advance to the third round of NASCAR’s playoffs.

Blaney’s first win of the season came as he was desperately trying to remain in title contention. The playoff field will be trimmed from 12 drivers to eight next weekend at Kansas and Blaney was in danger of elimination before his Talladega victory.

Blaney joins Kyle Larson in the round of eight, with six spots sill available.

The race began Sunday until rain stopped it after the first stage and pushed the finish to Monday. It gave Blaney time to recover from a Sunday spin as he tried to enter pit road and it gave Ford and Team Penske the victory. Ford had won seven consecutive Talladega races until Chevrolet snapped that streak in April.

Blaney was the leader on a restart with two laps remaining and had a huge push from fellow Ford driver Aric Almirola to gain space on the field. Then Newman came charging along on the outside line with help from Denny Hamlin and he easily zipped past Blaney.

But the Ford train remained committed and Blaney got another push from Almirola to pull alongside Newman. The two raced door-to-door to the finish line, with Blaney winning by a nose. The 0.0070-second margin of victory was the sixth-closest in the history of Talladega, which celebrated its 50th anniversary all weekend.

The win capped a remarkable weekend for the Penske organization, which on Saturday claimed the IMSA overall sports car championship with Dane Cameron and Juan Pablo Montoya, and then in Australia won the Bathurst 1000 with Scott McLaughlin and Fabian Coulthard.

The race had critical playoff implications as many of the title contenders struggled, and Hendrick Motorsports entire lineup is at risk of elimination next weekend. Alex Bowman, Chase Elliott and William Byron are all below the cutline, as is Kansas native Clint Bowyer, who could be eliminated at his home track.

Bowman and Byron were both in pivotal, separate race-ending accidents, while Bowyer seemed to have a tire problem that caused him to spin and get stuck on the track’s banking. He lost two laps as safety personnel tried to get his car moving again.

The elimination race of the third round of the playoffs Sunday at Kansas Speedway. Elliott is the defending race winner, and Brad Keselowski won the spring race.