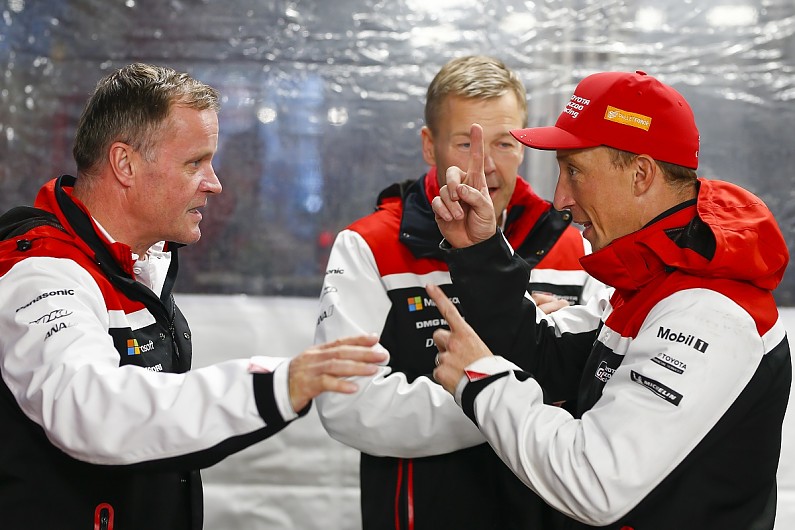 Kris Meeke is edging ahead of Jari-Matti Latvala in the race to stay at Toyota for the 2020 World Rally Championship due to his greater consistency.

With Toyota thought likely to keep WRC leader Ott Tanak and to have already signed 19-year-old WRC 2 Pro champion Kalle Rovapera, Tanak’s current team-mates Meeke and Latvala are competing for what is expected to be just one place in the main 2020 line-up.

“There was some pressure and before that there was some learning. He was taking too much pressure, but now he is relaxing and there have been no mistakes here [at Rally GB].

“It’s difficult conditions, but no mistakes in Germany or Turkey. He can do it with good speed when he is relaxing.”

Makinen advised Meeke to look towards Dani Sordo’s contributions to Hyundai as a role model for what he wanted to see in 2020. 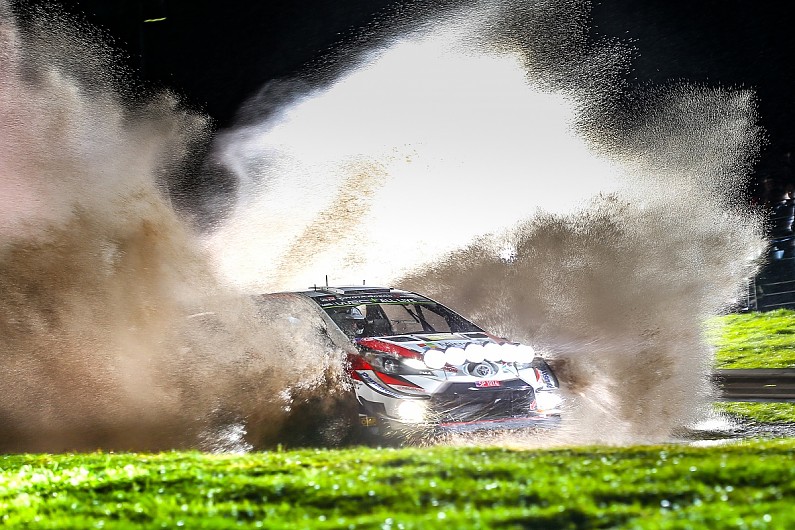 “Kris has very, very good speed and he’s bringing good points to the team when he is accepting to drive his own rally and do his own thing,” said Makinen.

“I would say this is very similar behaviour with Dani Sordo. He’s not looking for anything, he just keeps going and doing his own thing without taking the pressure.”

Asked if Meeke could secure a long-term future at Toyota by emulating Sordo’s consistency and dependability, Makinen replied: “Sure. Still he can do a very, very good performance and be a nice team-mate, while he is being fast enough to bring lots of points.

“But there is no decision at all. We will look. We make the strategy. We have been thinking, but nothing is decided.”

Asked if the decision would be a choice between Meeke and Latvala, Makinen added: “From Germany onwards, I can see Kris stronger [than Latvala].”

Ahead of Rally GB, service park rumours had suggested Latvala was already re-signed for 2020. Makinen denied that and talked increasingly in terms of an agreement with Meeke, but admitted he would like to find a way to retain Latvala too. 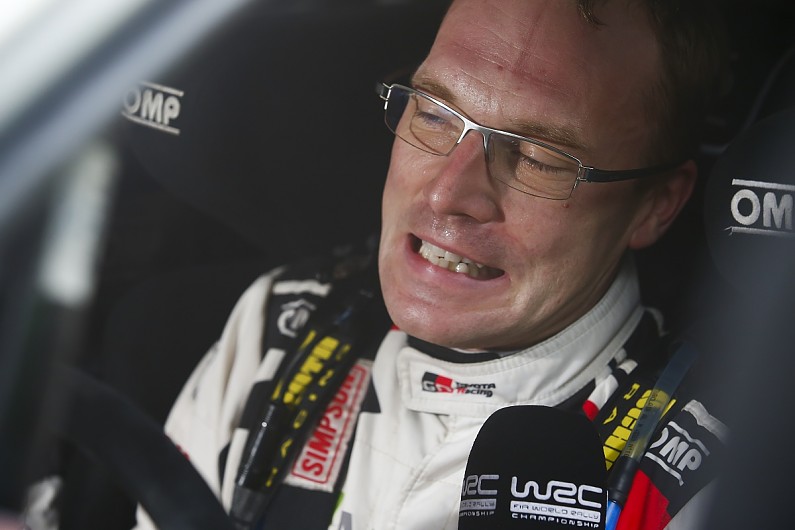 “I hope we can find something else for Jari-Matti,” said Makinen.

“If we open the view, we could find something else for him, maybe, maybe.

“In the overall project we have different areas, maybe there could be something.

“Maybe testing, but we have Juho [Hanninen] already testing and he’s good.

“We need to look at the bigger picture. I know this is difficult, very difficult.”

Latvala crashed out of Rally GB on the second run through Friday’s Penmachno test while fighting for a podium position, damaging his Yaris WRC too badly to continue.

After months of speculation, Makinen is keen to finalise his driver line-up ahead of Rally Spain later this month.

“We want to get it done now and I think it will be sooner,” he said.

“Maybe we could do it next week or before Spain. That would be good.” 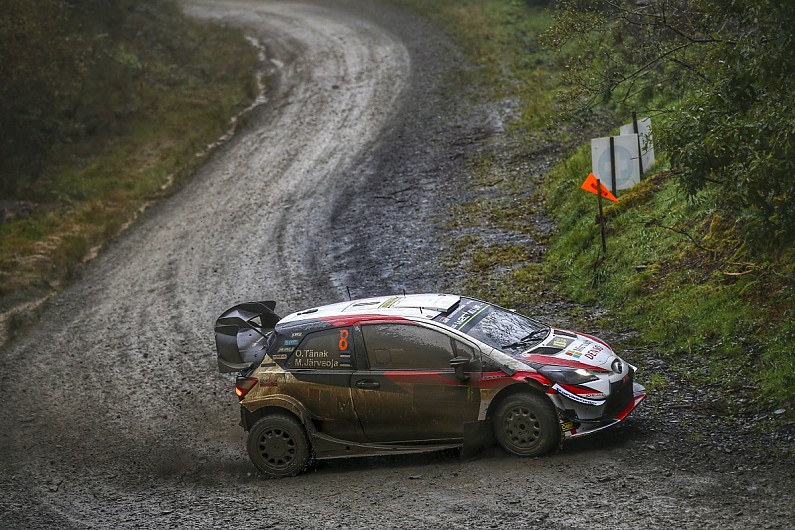 The biggest question remains around Tanak and whether he will stay in a Yaris for a third successive season.

Asked about his future, Tanak told Autosport: “There’s nothing to say right now. I don’t know how long it will be.

There is speculation that Tanak – who can clinch the 2019 WRC title in Spain – and his advisors are finalising details of a new Toyota deal, but it is understood that leaving the team also still remains a possibility.

Likely 2020 Toyota driver Rovanpera sealed the WRC2Pro championship on Rally GB last weekend, which Makinen said demonstrated that the current Skoda driver has demonstrated all he can in R5 level machinery. 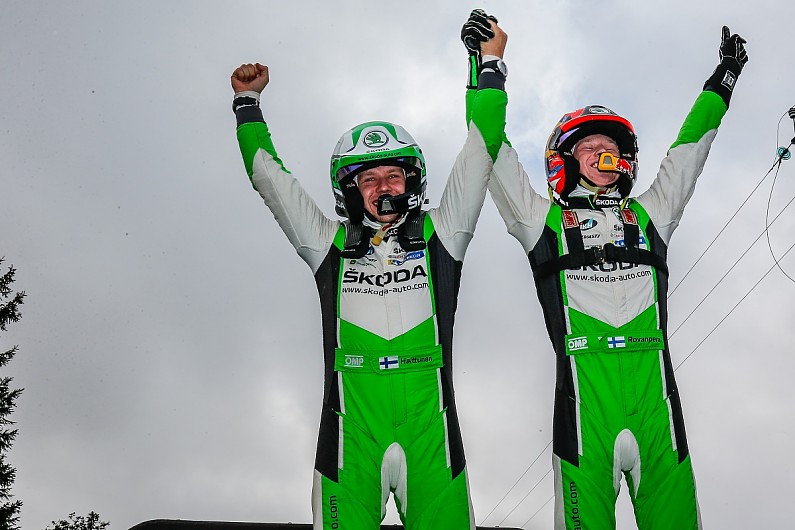 “Kalle has been driving and keeping everything cool – driving and pushing without the risks,” he said.

“He is very fast, but I’m not sure if the current place of R5 is enough anymore to keep him improving and learning.

“Maybe it could be, for him, enough to make that jump.”

Makinen denied Rovanpera had tested the Yaris WRC recently, but admitted his run in the car as a 16-year-old had been impressive enough.

“He drove the car in 2016,” said Makinen. “We made a small stage, he went and made some notes and then did a couple of runs.

“It was just in some testing, some small driving, nothing big – but he was straight away fastest.

“Even with no experience of the car, he got in it and went faster than Teemu [Suninen] and Esapekka [Lappi] and that was three years ago.”