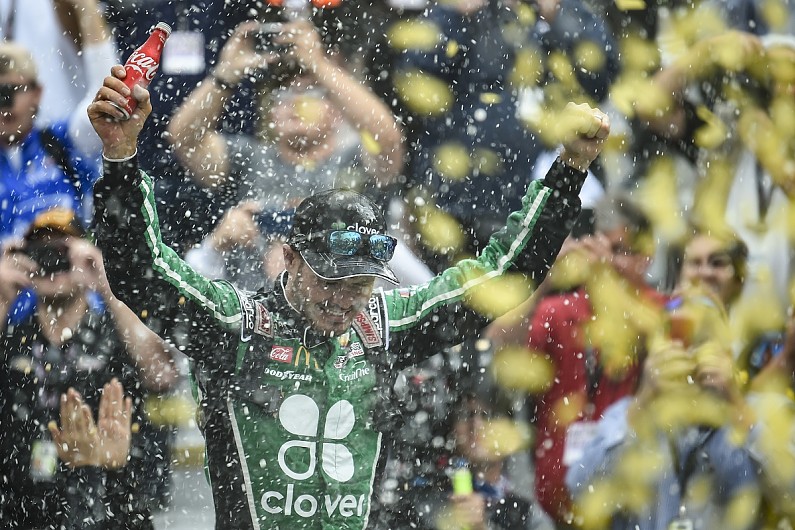 Kyle Larson is the latest example of how one win in NASCAR’s playoff system can completely change the championship fortunes of a driver.

It was just a little over two months ago that Larson was anguishing over having to “race backup cars” as he wrecked his primary car in practice sessions on two consecutive race weekends, forcing him to start races from the rear of the field.

At the same time he was in the midst of what turned out to be a 75-race winless streak in the Cup Series and trying to fight his way into the playoffs.

A string of five races with finishes of eighth or better helped propel him into the 16-driver playoff field based on points.

But on Sunday, his win at Dover International Speedway not only ended his winless streak but in an instant made Larson a plausible title contender.

That’s not only because of how strongly his #42 Chip Ganassi Racing team has performed of late, but also because of the setup of the 10-race playoff, which are paired into groups of three before the one-race shootout at Homestead Miami for the title.

Thanks to his win Sunday, Larson will advance to the semi-final round of the playoffs regardless of how he finishes this weekend at Talladega and the following week at Kansas.

“Obviously you can breathe a little bit easier going into Talladega, being we all know what Talladega is like.

“But I think we still have to try to put points on the board, whether it’s bonus points or race win points,” Larson’s crew chief, Chad Johnston said.

“There’s a lot of guys that have five, six wins and a lot of bonus points that are going to roll over to that next stage, so anything we can do to close the gap on that, obviously with Martinsville being in that last round, that’s not the greatest place for us, but we feel like Texas and Phoenix are places we can win at.” 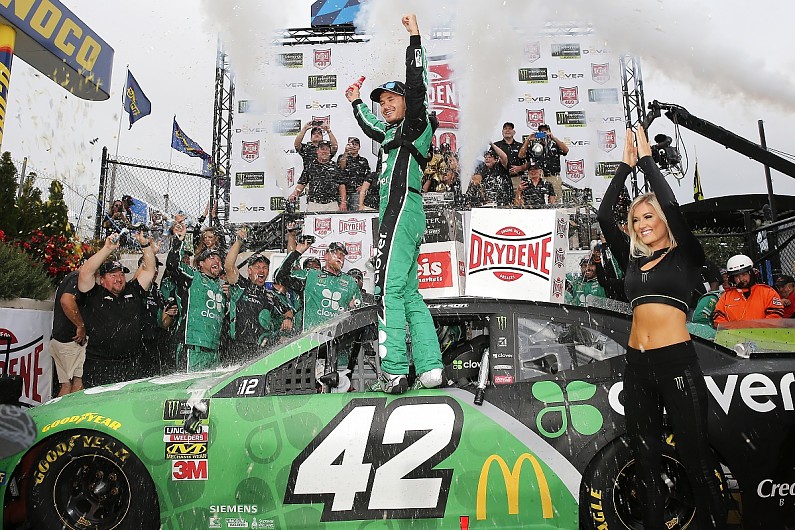 Whatever Larson is able to carry into the semi-final round, he will likely still be at a disadvantage to the likes of Kyle Busch, Martin Truex Jr, Denny Hamlin and Kevin Harvick, all of whom have amassed a lot of playoff points through multiple wins through the season.

But as Johnston pointed out, Larson is likely to be in contention for wins at Texas and Phoenix and a win at either would automatically send him into the Championship 4 at Homestead.

That’s where the fun could really begin.

While Larson has never been one of the four drivers to contend for the championship at Homestead, it’s a track where he has put in some significant performances in his career, including leading 322 of 802 laps in the last three races.

Having the opportunity to not only race on a track where he performs well but to do it with a championship on the line is something that Larson does not want to squander, especially when the title race will move to ISM Raceway near Phoenix next season.

“To move on to the next round is special, but we’re not just satisfied with being in the Round of Eight,” said Larson.

“We want to go and make it into that final round of Homestead, where it’s my best track.

“It’s the final year for the championship race to be at Homestead [Phoenix replaces it in 2020], so I’ve looked at this ever since they released next year’s schedule as this is my best opportunity to win the championship.

“I’ve got to take advantage of that.”

While others have won more this season, Larson’s timely win in the NASCAR playoffs has provided his own path forward to Homestead.

It may be a rocky one, but it’s a plausible one nonetheless.