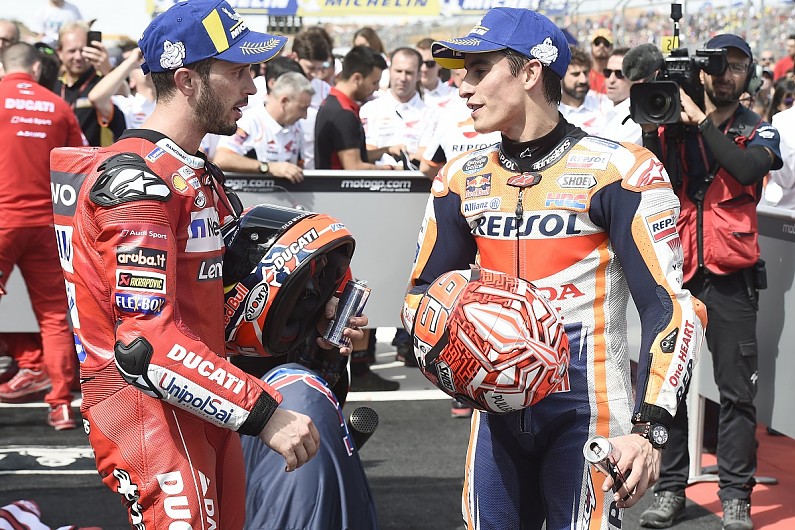 Marc Marquez’s run to the 2019 MotoGP title was “something crazy” for modern grand prix motorcycle racing, according to rival Andrea Dovizioso.

After crashing out of a commanding lead in Austin, Marquez finished first or second in the following 14 races and has clinched the title with four races to spare.

“He did an incredible season because to stay there and fight for victory in every race, and the worst result apart from Austin was second [place], it’s something crazy in the MotoGP we are now,” said Dovizioso.

Three other manufacturers besides Honda have won races in 2019, while Dovizioso, his team-mate Danilo Petrucci and Suzuki’s Alex Rins have both defeated Marquez in last-lap duels.

But Petrucci admitted it was difficult to see how Marquez can be toppled over a full season.

“For sure there are some riders that can beat him for a race – I was able to, I am one of the few this year, but his worst result is second. He deserves this title, nothing [more] to say,” said Petrucci. 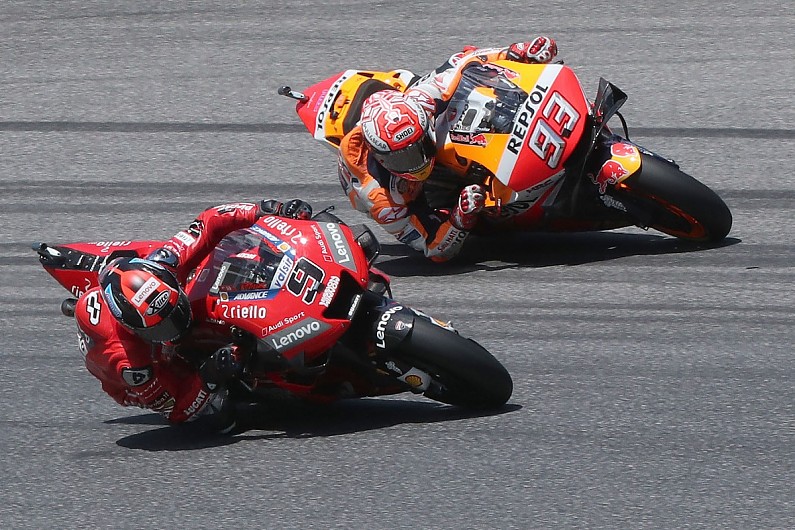 Dovizioso added: “It’s difficult to beat Marc. For everybody.

“You can see from the first year he is in MotoGP, he has been so strong, and apart from his speed, he’s so smart. Year by year, he understood his limit and became better and better.

“And I think in this season he showed a lot of improvement because he did fewer mistakes, and in the races, he was always there, where in the past [that] didn’t happen.

“So, it’s very difficult, but it’s not impossible and we are working for that.”

Dovizioso is likely to finish runner-up to Marquez for the third year running. He said his crew “has to be happy about” its result but he admitted that the 2019 defeat stung even despite Marquez’s near-perfect campaign.

“It’s even harder [to take] because in this season he created a bigger gap than in the last two seasons,” he admitted. “So, it’s even worse.

“We can just say congratulations to them [Marquez and Honda] because they did an incredible season.”