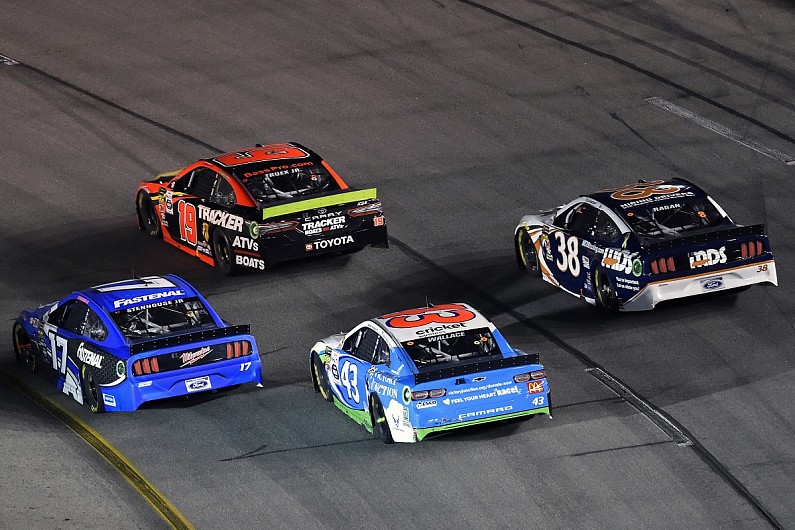 The Gen-7 NASCAR machines are expected to make their competitive debut in 2021, although parts of the new package could appear in ’20 following a successful trial during this year’s Charlotte All-Star race.

NASCAR intends for Gen-7 to lower the cost of competing in NASCAR, and the car specification has been influenced by conversations with outside manufacturers as the series seeks a fourth manufacturer for the first time since 2012.

A Gen-7 car is currently being tested at Richmond, running without any identification that would mark it as a Toyota, Chevrolet or Ford machine, and the closed test is an evaluation of components and performance.

Speaking on NBC Sports’ NASCAR America, he said: “We are very excited about where things are with this next Gen car. We are on time for a 2021 rollout. I think it’s going to be exciting to get it on track.

“We were in the windtunnel last week, and so having it at a test at Richmond is kind of a culmination of a lot of work that’s been done by the race teams, by our OEM partners, by the folks at NASCAR to put this on the race track.

“This particular car was built by Richard Childress and his folks, and it won’t have the design of the Chevy, Ford or Toyota, but it will be kind of an opportunity to shake down the car.”

Phelps had previously stated that “the importance of this [Gen-7] car can’t be overstated”.

He added: “It will allow teams to be profitable. That’s what it comes down to. I think it’s as simple as that.”

NASCAR is also evaluating a new engine that will be introduced by either the 2022 or ’23 season, and Toyota has previously mooted a lighter, more efficient engine as the best direction for the series.

Ford has also suggested that a hybrid future will be inevitable for NASCAR.

Toyota Racing Development’s David Wilson told Autosport in February that the primary focus of the new car will be “relevancy as well as cost management”.

He added: “For the greater good of the sport, we need a model that is more sustainable than we have today.”