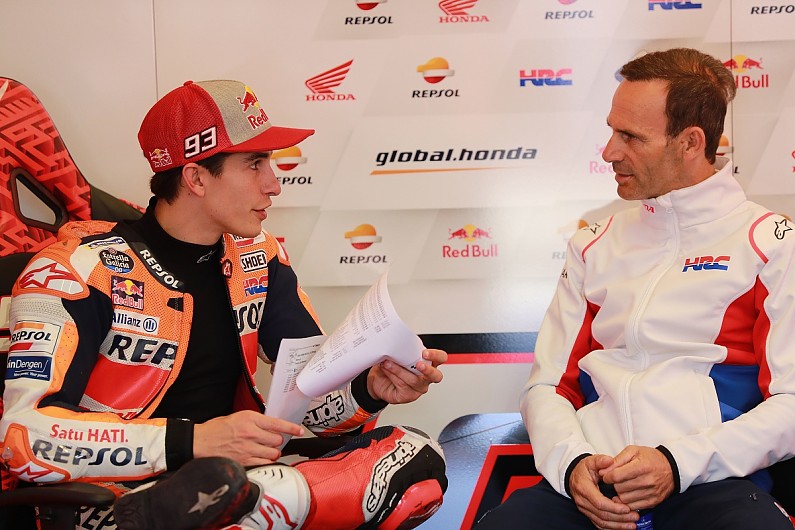 Honda and six-time MotoGP world champion Marc Marquez are already in advanced talks over a contract extension to the end of 2022.

Marquez’s current deal with Honda – where he has spent his whole MotoGP career so far – expires at the end of next year, at the same time as every other works rider’s contract is up.

Although neither Honda nor Marquez have yet publicly spoken about their 2021/22 talks, Autosport understands the meetings started a few months ago and have been positive so far.

It is believed to be almost certain that a two-year contract extension will be agreed.

“From our side, we will do everything in our power to make sure Marc feels at home with us and doesn’t think about leaving,” said Honda team manager Alberto Puig.

Puig, who replaced Livio Suppo at the head of the team in 2018, has become a key part of the Honda organisation and is considered especially valuable for rider relations.

Honda’s determination to retain its main sporting asset is absolute. Having won six titles in seven seasons with the team, Marquez is unlikely to look elsewhere on competitive grounds as he focuses on accumulating further wins and championships.

The last meeting between Honda president Yoshishige Nomura and Marquez took place during the Austrian Grand Prix in August. 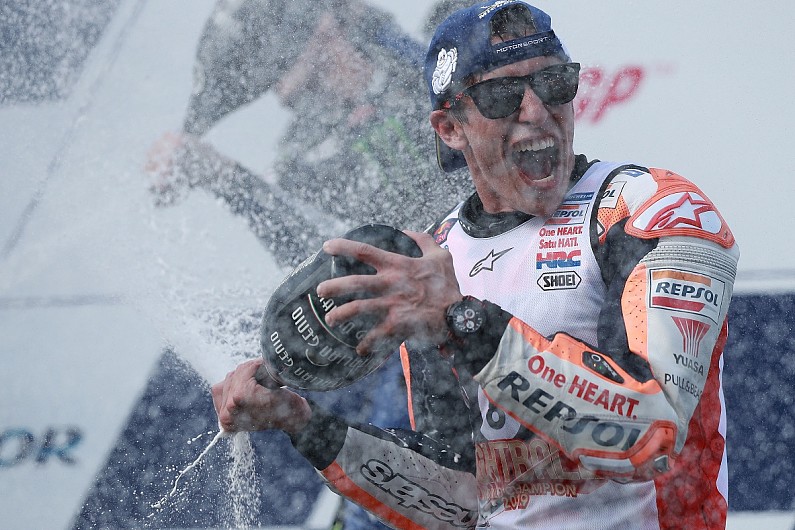 But Nomura also sent Marquez a light-hearted message last weekend urging him not to wait to clinch the 2019 championship on Honda’s home ground in Japan in a fortnight if he had to chance to seal it at the Thailand GP.

Marquez duly put the crown beyond rival Andrea Dovizioso’s reach by beating Fabio Quartararo in a thrilling battle at Buriram.

The now six-time champion has always emphasised he sees his long-term future as being at Honda, given how valued and recognised he feels in the team.

Honda is expected to make Marquez an improved pay offer.

His last agreement, for the 2018/19 seasons, was believed to be around €14million per season.

After the end of Jorge Lorenzo’s big-money Ducati deal, Marquez became the highest-paid rider on the grid and that status is likely to be further improved with his new contract.

Though Marquez could well agree his 2021/22 deal before the end of this year, it is possible Honda could postpone the announcement until next season – as it did when revealing his previous contract extension.