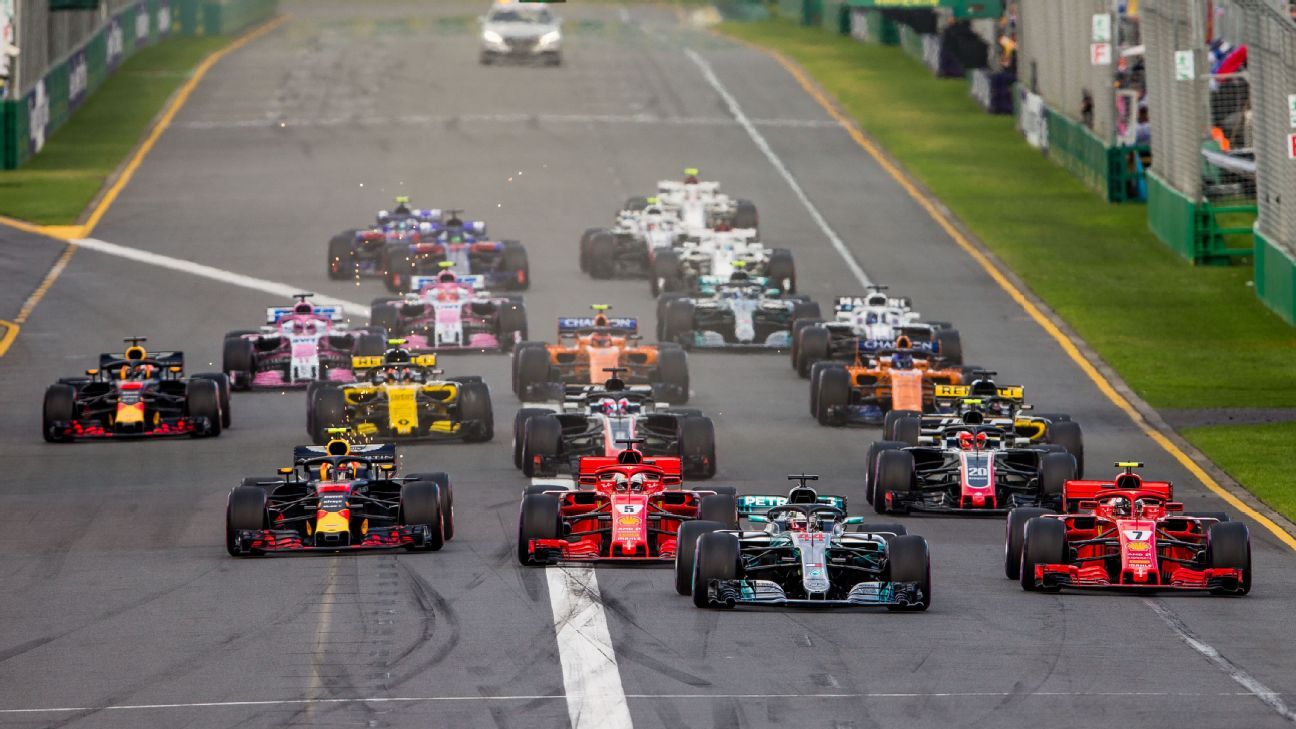 Formula One is planning big changes for the 2021 season, but one of the only tweaks planned for 2020 has split opinion in the paddock.

With the prospect of one full year — featuring a record 22 races — to come before the overhaul F1 hopes brings the sport’s playing field closer together, discussions are ongoing about whether to mix up the tried and tested weekend formula at some places.

The proposal is not a radical overhaul of qualifying, but rather an experimental approach slated for three or four races in 2020.

The idea is quite simple: on Saturday, a sprint race (much shorter than your conventional grand prix) would take place instead of the current Q1-Q2-Q3 qualifying format, with a starting grid set in reverse order of the championship standings. The result of that race would then set the grid for the grand prix on Sunday.

Some have suggested the idea would work perfectly at certain tracks over others — Paul Ricard, for example, has hosted two painfully dull French Grands Prix since rejoining the calendar last season.

Jump to: What do the drivers think? | Arguments for and against in 100 words | What our F1 team said

Ross Brawn, F1’s motor racing chief, is spearheading the ongoing negotiations around the overhaul of F1’s rules slated for 2021 and has repeatedly stated his desire to bring the playing field closer together and to make the sport more unpredictable. The 2021 rules aim to do that but are yet to be agreed upon, with the deadline of October 31 fast approaching.

As a short-term fix next season, and to trial other ideas to revamp F1’s existing format, Brawn said the sport’s 10 teams are unified behind the reverse-grid idea. Brawn has always been quick to stress that its always been intended to be a test.

“I want to emphasise the word ‘experiment’ because this is what it is about — a small sample to establish the directions for the future,” Brawn said during the Singapore GP weekend. “We are all too aware that the current qualifying format is exciting and spectacular but what is also important is to make sure that the race, the highlight of the weekend, is the best it can be.

“And since, no matter how many simulations you run, there’s no measure more accurate than the track, Formula One, the teams and the FIA are studying the possibility of a revised format for a small number of events for next season. With stable sporting and technical regulations in place for 2020 it is the perfect time for such evaluations.”

He added: “No decision has been taken yet because we are finalising all the details, but feedbacks received so far are, in the majority, positive. I understand that the purists might be concerned, but we should not be afraid to conduct an experiment otherwise we cannot progress. We don’t want change for the sake of change; we want to improve our sport, because, rather like the development of the cars, if you stand still you risk slipping backwards.“

Unanimous agreement between the teams is the first step to getting approved — it would need to be ratified by the World Motor Sport Council later this year to be brought into law.

But while the teams might be in agreement, the most vocal critics of the idea so far have been the sport’s main protagonists.

What do the drivers think?

F1’s drivers have not exactly given the idea glowing reviews. Sebastian Vettel called it “bullshit”, while Lewis Hamilton — the man who has scored more pole positions in a conventional qualifying session than anyone else — suggested the idea hinted at deeper flaws in the yet-to-be-agreed-upon 2021 rules.

He later elaborated, saying: “The fact they are trying to reverse grids and all that seems to me like an excuse for not doing a good enough job in the decision process.

“Why are they making the cars heavier? There’s no reason, it’s not safer, it’s not better for racing.

“My points are still the same. I’m still concerned. And I don’t think that’s going to change from what I’ve witnessed in the meeting [about 2021].”

It’s not just drivers in front-running cars who are opposed to the idea. While a reverse-grid qualifying race would in theory give some smaller teams a better chance to snatch big results each week, many share Hamilton’s sentiment about the overall health of the playing field.

Haas’ Romain Grosjean, the director of the Grand Prix Drivers’ Association, said reverse-grid qualifying races is an answer to a question no-one was asking.

“I think the GPDA point is that, and it’s from 100 percent of drivers, that the problem is not the way the weekends are, the problems are bigger than that,” Grosjean said. “We are not trying to address things with a small spoon when a good old pan will do the job.

He went on to reiterate the four areas the GPDA has highlighted as a priority for F1 to address with the yet-to-be-published 2021 rules: “It’s tyres; why there is such a big gap [on track] between the cars, because the tyres are just so sensitive.

“It’s money distribution, when the money is spread out like this, how can you get a close championship?

“Then it is weight of the car, which is very much related to helping the tyres, and aero sensitivity which F1 is working on.

“We believe that if those four points are sorted then the championship doesn’t need any tricks of whatever. We haven’t seen tennis change the way they do tournaments because Nadal and Federer have been winning, but at the moment [the small teams] are going with a ping pong racket to a match where Nadal has a tennis racket.”

McLaren’s Carlos Sainz echoed that opinion, saying F1 should try and bring the field closer together organically rather than relying on superficial methods.

“We might have the best F1 ever without any of those changes. So why don’t we focus on making F1 how it should be, which is closer competition, more equal money distribution and cars that are able to follow each other?

“Then all of a sudden you have a good F1 and maybe you don’t need all the other stuff.”

An argument for in 100 words

F1’s overhaul is slated for 2021, meaning next year’s rules will remain stable. In a sport now considered to be effectively ‘two-tier’, it would inject much-needed unpredictability at some circuits (such as Paul Ricard or the Sochi Autodrom) and give another reason to tune in on Sundays.

Also, with a record 22 races on next year’s calendar, having a different format at a few events will be essential to keep things fresh. It will also raise questions about where the line between risk and reward would be for drivers on Saturday afternoons, especially those involved in a championship fight.