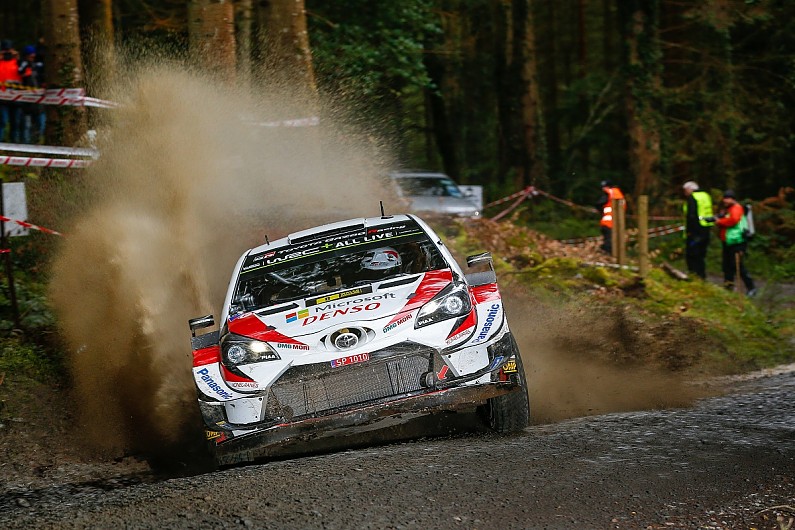 Evans had lost nearly a minute on Friday with damaged suspension after contact with a bank on Elsi but has now surged back up the leaderboard to sixth with three stage wins – though crucially Tanak was faster than Ogier on each occasion.

Ogier had looked set to claw some time back on Sweet Lamb but reported a “strange impact” that left him fearing he had broken a damper, causing him to lose concentration and drop another 1.1s to Tanak.

Hyundai’s contender for the drivers’ championship Thierry Neuville moved into third place at the expense of Tanak’s Toyota team-mate Kris Meeke, drawing level on Dyfi and then pulling away on the next two stages to build a 4.4s gap.

Meeke has nearly 20s in hand over a frenetic battle for fifth place that is currently headed by Andreas Mikkelsen, and which has been shaken up by Evans’s lightning pace and a crash for Craig Breen.

A “note that was a little too optimistic” led Breen to roll his Hyundai i20 early on Myherin, losing over five minutes and dropping from sixth to ninth.

Despite the car looking visually worse for wear, Breen reported it to be still mechanically sound – a crucial factor on a day that features only a remote tyre-fitting zone instead of a full midday service. 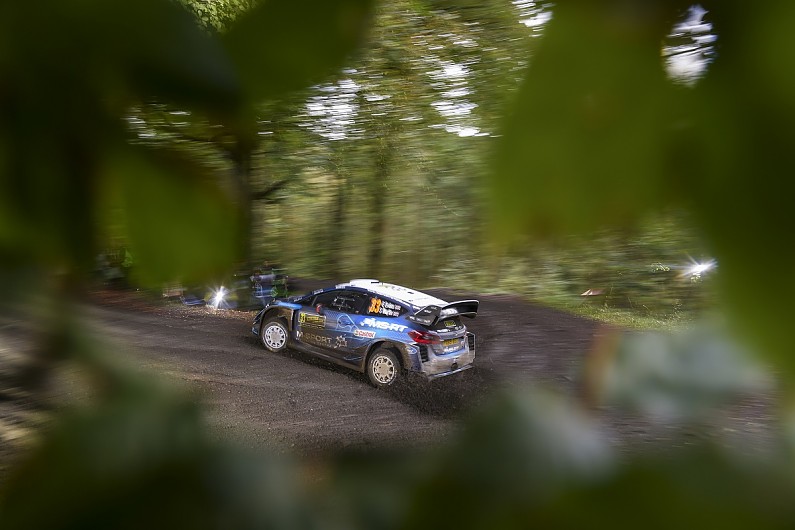 Evans picked up two places at once on Myherin, not only promoted a place by Breen’s misfortune but also passing his M-Sport team-mate Teemu Suninen to take sixth. He completed the loop only 4.6s behind Mikkelsen.

Seventh-placed Suninen slid wide on Sweet Lamb and picked up a rear-left puncture, losing him over a minute but no positions, such was his advantage over the third Ford Fiesta WRC of team-mate Pontus Tidemand.

Rovanpera passed team-mate Jan Kopecky for 10th on Dyfi as he recovered from a puncture late on Friday, only for his advantage to be extended to over two minutes when Kopecky stopped to change a puncture of his own on Myherin.

Jari-Matti Latvala did not return after his crash on Friday, as his Toyota Yaris WRC sustained rollcage damage and was not allowed to restart.