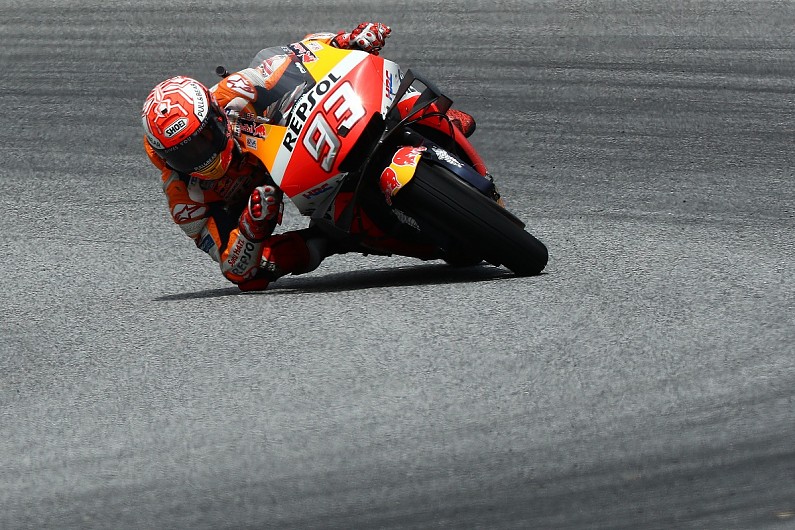 Marc Marquez knew there was a “big chance” of crashing as he braked for Turn 5 during final qualifying for MotoGP’s Thailand Grand Prix, but still opted against backing off.

The Honda rider was on a lap that was threatening to put him on pole in the dying moments of qualifying when he slid off going into Turn 5, which ultimately left him third on the grid.

Marquez’s RC213V was unsettled as he came round the corner before, which meant his brakes were not working quite as they did the previous lap, and led to him carrying more speed into Turn 5.

“[The bike was] shaking at Turn 4, and when I arrived at Turn 5 the callipers were open and I braked, but it was not braking in the same way [as the last lap] and I went into the corner with more speed,” he explained.

“I knew and I realised [I was too fast], but it was the laps and I was in the fast lap.

“So I knew [I could crash], and I tried anyway.

“I already understood when I was on the brake point there was a big chance to crash.”

It was the world champion’s second accident of the Buriram weekend, after the wild high-side that briefly sent him to hospital on Friday.

Marquez was one of three riders to crash at Turn 5 in Q2, with poleman Fabio Quartararo and Valentino Rossi also falling foul of the corner.

Yamaha rider Rossi labelled the turn as “critical, because it has a lot of bumps”.

The issue of bumps was raised in the safety commission on Friday, with several riders critical of it.

“You come in there… with the new tyre you sort of run a little bit more engine brake and when you hit the bump it overloads the front right at the worst spot.

“Fabio’s was quite late into the corner, his wasn’t really the bump, but Marc’s was clearly the bump.

“You can seem him hit it and it goes on him. Especially on the full tank, it’s definitely one of the places you’ve got to be a bit easy on the brakes.”

Marquez said he did crash on the bump, but the bump itself was not the cause of his fall.

“There is a small bump there,” he added. “But the issue was not the bump, [the crash] was my mistake.” 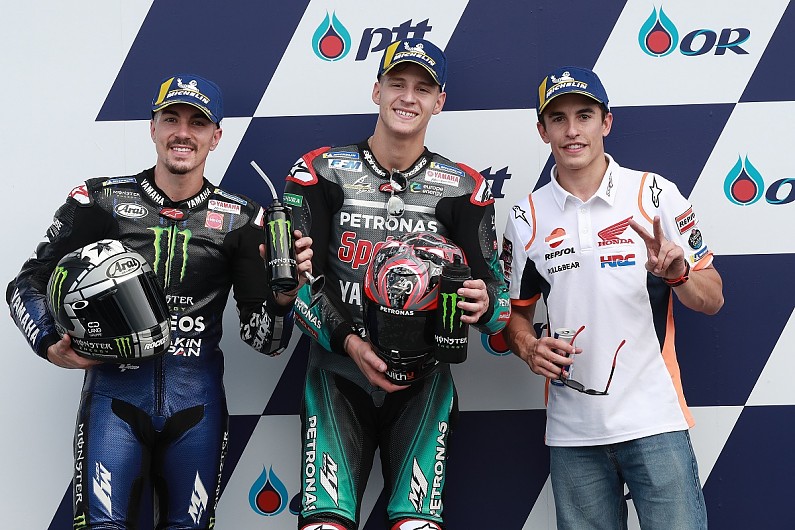 Quartararo crashed later into the corner, but he also denied that the bump caused him any problems.

“There is really small bumps, but the bumps are [the same] for everybody,” he said.

“In the end when you are riding, you adapt yourself to the corner, but for me it’s not a big issue in this corner.

“From my side I was pushing a little bit too much. We crashed at the same corner, but not in the same way.

“For me, it was just braking a little bit too much on the edge [of the tyre] and I was a little bit on the limit.”