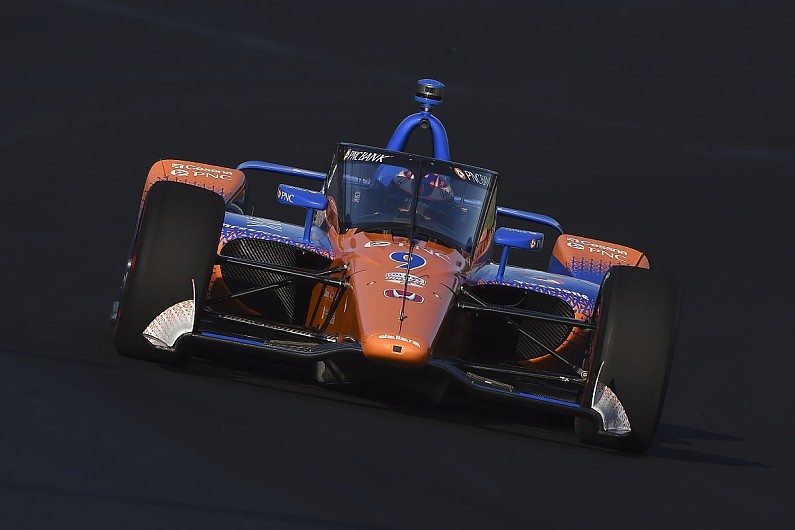 The aeroscreen IndyCar will adopt in 2020 is stronger than the halo device used in Formula 1 and other single-seater categories, according to developer Red Bull Advanced Technologies.

The device – which also features a halo-like structure – was tested on-track for the first time on Wednesday at Indianapolis, after which IndyCar drivers Will Power and Scott Dixon suggested it would be ready immediately if required.

The halo device F1 introduced for 2018 is tested with a load of 112 kilonewtons on the car, and can take a reported maximum load of 125kN in total, but the aeroscreen is thought to be capable of withstanding 25kN more than that.

“We’ve adopted it [the halo, in F1], however, the forces which this device [the aeroscreen] or the hoop will take is 150kN,” said Red Bull Advanced Technologies commercial development officer Andy Damerum (pictured below). 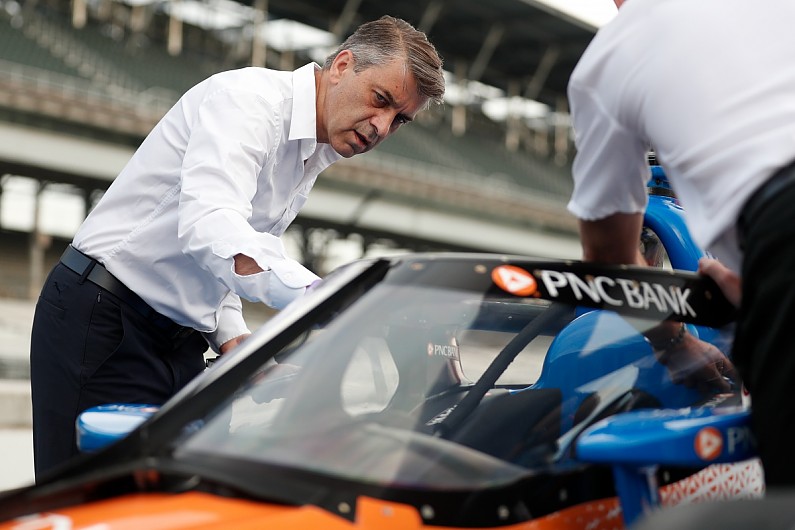 IndyCar will conduct three more aeroscreen tests before the 2020 season. Dixon and 2019 champion Josef Newgarden will run at Richmond on October 7, while James Hinchcliffe and Sebastien Bourdais will head to Sebring on November 5.

IndyCar is hoping one of the tests will be in the wet to trial how the aeroscreen will react to rain, but a number of built-in features, including wipers, left Dixon and Power unconcerned.

“They’ve got a heated screen for the fogging because I think that’s actually worse than the water on the screen,” said Power. 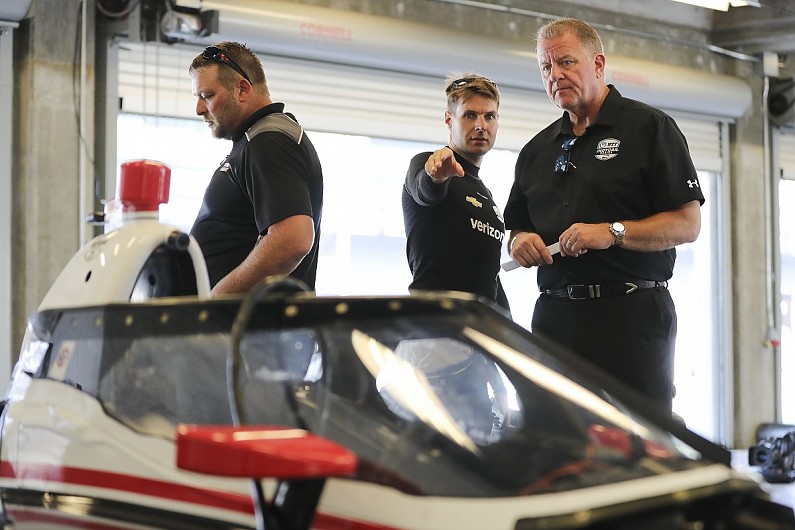 “But [products like] Rain-X or wax, there’s things you can make so it [rain] just beads off.

“That’s something they’ll have to test, but I think if it doesn’t fog, it should be not bad.”

Dixon added: “I think the hardest situation would have been like maybe Detroit race one this year where it was misty, but then they had re-ground the back straight, the concrete, so there was a lot of white dust, and when that got on the visor it was a bit annoying, but it’ll be interesting.

“We race with visors, you have tear-offs. It’s a similar kind of deal.”

Speculation had mounted as to whether the extra weight as a result of the aeroscreen’s addition will place more load on the front-right tyre.

But Power said cars could actually be easier on their Firestone tyres thanks to a weight-distribution shift.

“So it actually puts [the car] in a pretty good window in my opinion of weight distribution, and, with a few adjustments, it worked pretty well.

“I felt over the whole stint there was a pretty good balance.

“They really didn’t feel that different to what we had, it’s just a bit more forgiving now because you’ve got more weight up in front.”