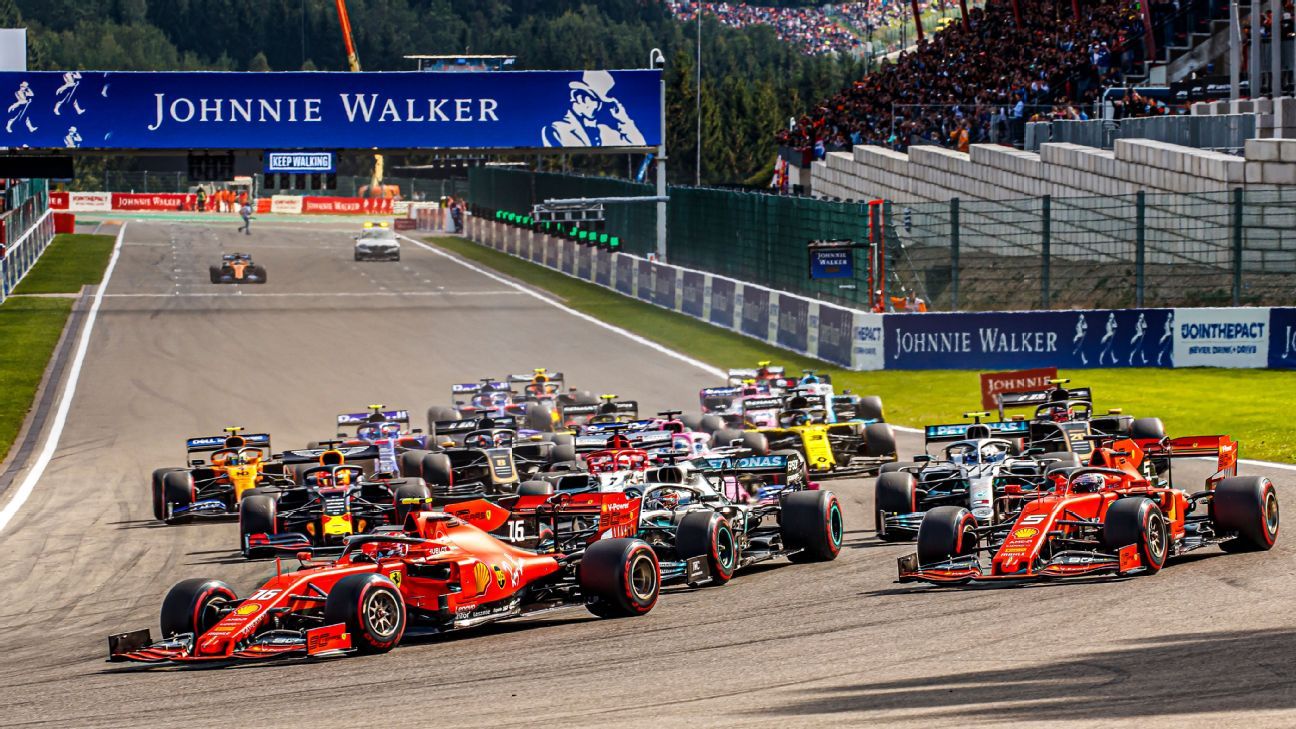 Knowing what your consumer wants and adapting your product to suit their needs is a key goal for any business. Each generation of iPhone has been adapted based on data gathered by Apple, with the aim of giving the consumer the next ground-breaking development — even if they didn’t know they needed it.

In the world of sport, knowing what fans want is equally important. For most global sports, research impacts marketing strategies and promotion, but rarely can it change the rules of the game itself. Formula One, on the other hand, is different.

That much is evident from the core objectives of the proposed 2021 regulations, which aim to improve wheel-to-wheel racing and close the gaps between teams. It’s the start of a long-term project to try to make the sport more exciting and, ultimately, grow F1’s fanbase. But the basis of the 2021 rules package was developed around a gut feeling of what fans wanted; in the future the sport plans to listen to (and monitor) its fans much more closely.

Since 2017, Formula One has rapidly expanded its research department under its global research director Matt Roberts. In that time things have moved quickly, with F1 setting up a website called FanVoice to run surveys and polls among its 85,000 subscribers. Although the results of those polls have not directly determined decisions about the future of the sport, they have been used to inform F1’s powerbrokers and it has become an increasingly useful tool to get an overnight gauge of opinion across an average sample size of 5,000.

But while FanVoice has been useful to gauge opinion on anything from grid penalties to the digital content on F1’s website, Robert’s research team is now looking for more.

Reddit has risen to a position of prominence among social media platforms used by F1 fans. F1’s sub-forum has over 500,000 members and the content they discuss varies from the technical intricacies of Ferrari’s front wing update to Lando Norris’ latest meme. Trying to make sense of all the threads would be an almighty task, but using software F1’s research department team can pick up on the key phrases being used to collate opinions on events impacting the sport and the races themselves.

“We’re using a piece of software that allows a subject to pick up the words people use and analyse the linguistics,” Roberts explains. “So it’s a really clever piece of analytics. “We started doing this this year, and next year we’re going to do it much more extensively. So we did a bit of a pilot for a few races and next year we’re going to be doing it for every race. And in the future we want to start looking at Twitter as well, and other conversations away from just Reddit.

“We appreciate that Reddit can be towards that very super avid fan group and not necessarily the main fan group. But the things that we found out really is that people mainly talk about races, which might seem obvious, but sometimes out of races you might go on Twitter or Reddit and you see people complaining about stuff. But generally people talk about races, mostly.”

Unlike FanVoice, which asks a specific question and runs the risk of ‘leading the witness’, monitoring forums like Reddit allows for data to be gathered more organically. The subjects that receive the most upvotes on F1’s subforum are zoned in on and when the research is rolled out in full it could have a direct impact on the decision-making process as well as informing how the races are broadcast on the world feed.

The next step, which is already being explored by F1, is to go beyond words on a forum and tap into the physical emotions a fan experiences while watching a race. Using a technique called Galvanic Skin Response (GSM), Robert’s research team can monitor emotional arousal and stress as a fan watches a race.

F1 has paid fans, both casual and avid, £50 to watch a race while wearing a device on their hand that monitors sweat gland activity much like a lie-detector test. The participants sit in their own living rooms to ensure they are in a natural race-watching environment and the GSM device monitors excitement levels during the race.

“We did a pilot for this back in Silverstone in 2018, and then this season we’ve done it at every race and next season we’ll be doing it at every race too,” Roberts explains. “We wanted to understand the race experience. We wanted to understand the on-track highs and lows, and then what content essentially makes a good race, what makes a bad race, and which races have been better than others.

“The reason why we did this particular methodology is because if you ask people questions, you tend to get rational responses, whereas 90% of human behaviour is driven by emotion.

“For example, this essentially tells us when people are engaged, because we know by their skin response to various incidents within the race. At the British Grand Prix last year, people were not that engaged when [Lewis] Hamilton went from sixth to third because two cars went in the pits.

“But on the survey we did alongside, where we asked people, ‘Are you happy or are you not happy?’ they all said they were really happy when he went from sixth to third. But actually in reality it wasn’t that exciting because nothing happened [on track], he just drove out of the pits went up a few positions. So that’s just an example of how people will answer a survey differently from when you’re actually trying to measure their response to something.”

Former Williams technical director Pat Symonds, who now works alongside Ross Brawn in the department shaping F1’s future on track, says it has already been a useful tool for understanding what fans want.

“Not surprisingly we find, for example, when we’ve got a close battle going on, we get a really good response,” he says. “If there are five groups of two cars battling, it doesn’t actually make any difference, it doesn’t get any better. All we need is to get two cars battling.”

But Symonds is wary of creating too much of a good thing and the risk of creating “artificial” racing.

“What you can do is try and get the performance of all the cars more equal, and then you’ve got a much higher chance of a battle happening. So that’s one thing I think that we can learn from it. We don’t want to make it artificial.

The study has been conducted with just 100 fans per race, resulting in a relatively small sample, but F1 is already focusing on the responses of the casual fans, who offer the most potential growth for the sport.

“I found that really interesting,” he added. “With the biometric study we can split up very simply the avids and the casual — and you almost get an opposite response. It’s really interesting, and to me the casuals, they’re the people we know we can grow our sport with. The avids, we can piss them off, that’s for sure, but they are reasonably resilient.

“They’re a little bit conservative, but once you do something, they say, ‘Oh, yeah, actually this is OK’. So I spend quite a lot of time looking at the casuals, and particularly in that biometric stuff. It’s very interesting.”

But Symonds is keen to point out that the fan research is just one of many tools F1 is using to shape its future. Fans are less likely to have the time or inclination to understand the complexities of the sport, and whether it is through forums or GSR studies, the data needs to be treated with care.

“It’s very difficult to think of all the unintended consequences,” Symonds adds. “We are spending our whole lives thinking about this and the fans don’t. They take everything at face value. On grid penalties [for engine changes], there are people who say, ‘Why should a driver suffer if his engine has failed?’ They don’t realise that if you take the penalty away, you’re going to be back to using 20-odd engines a year.

“When I started doing this job, one of the things I kept on about was that we must have evidence-based decision making. Now, evidence can come from this sort of work or it can come from simulations. But what we need to do is make sure we understand the unintended consequences.”