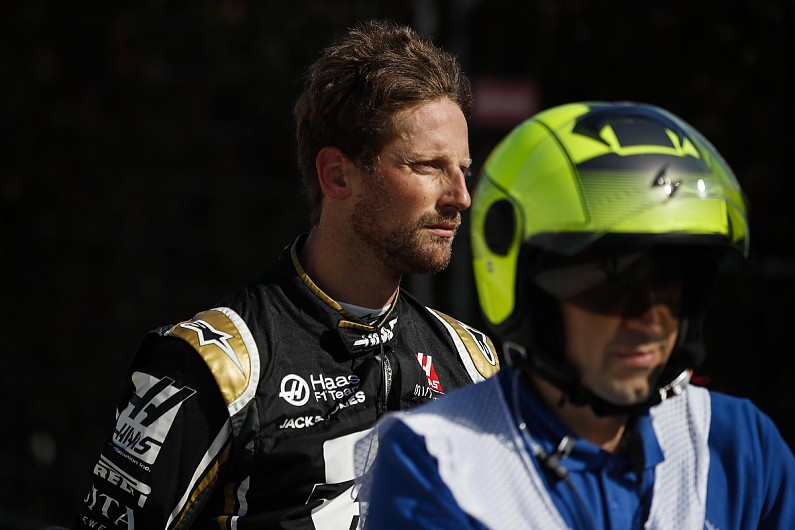 Haas Formula 1 driver Romain Grosjean has suggested his fellow drivers should be “more gentlemanly” on the first lap of races after he was pitched into the barriers in Russia.

Grosjean was hit by Antonio Giovinazzi when the Alfa Romeo driver found himself with nowhere to go and Daniel Ricciardo to his right.

Giovinazzi was able to finish the race after a pit stop, but Grosjean was out on the spot, while Ricciardo had to retire early in the race due to aero damage.

Grosjean believes that drivers should consider that they have a long race ahead of them.

“I think it was very avoidable,” he told Autosport.

“I left plenty of room on the right hand side. Three in that corner was never going to work. Who’s fault was it? I’ll let you judge from the two on the right.

“You break your balls all weekend long to get a good car and work really hard, you’re taken off in Turn 4 of a 53-lap race by a very aggressive move, so I’m not very happy.

“The decision, racing incident, it’s lap one of the race, why not?

“But I felt like the last few first laps have been quite aggressive in general. Maybe we should be a bit more gentlemanly between us, and think that there’s a long race ahead.”

Regarding the rarity of penalties for first lap incidents he said: “I got a penalty in Austin last year for lap one! I don’t care, racing is good at the moment, and the FIA is doing a good job.

“Obviously when you’re taken off you’re pissed off, especially in our situation, when we don’t know when is the next time we’ll have a competitive car, so it puts a lot of pressure on us.

“Kevin [Magnussen] did a good race, and showed we were good this weekend, so that’s good for the team.

“But it’s hard to digest when you know you have a shot at something good.

“I’m not blaming anyone, I just think it was very avoidable and maybe a bit too aggressive from some.” 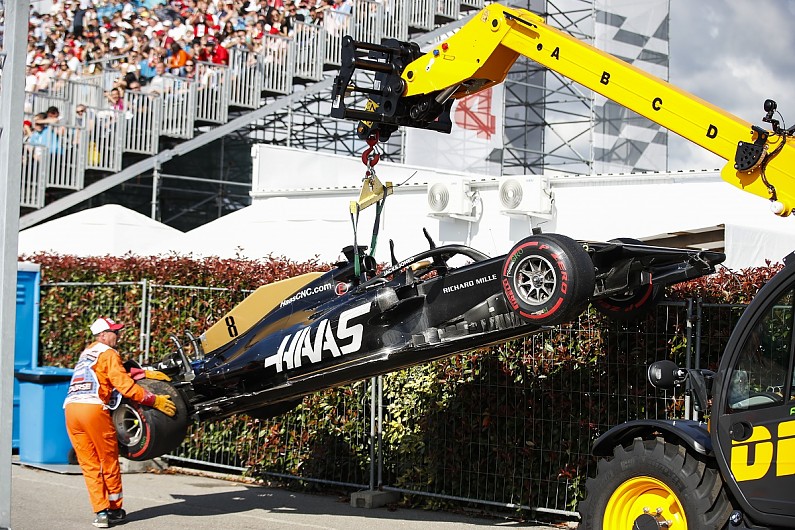 Giovinazzi insisted that there was nothing he could do to avoid contact.

“I was like ham in a sandwich to be honest,” he said.

“I tried to lift off when I was in the middle, but it was just too late, and then I think nobody from right or left knew there was another car on the corner. So nothing to do.

“We did a pit stop for a new front wing, but after that we need to check also what happened on the floor and the suspension because was quite a big touch with two cars.”