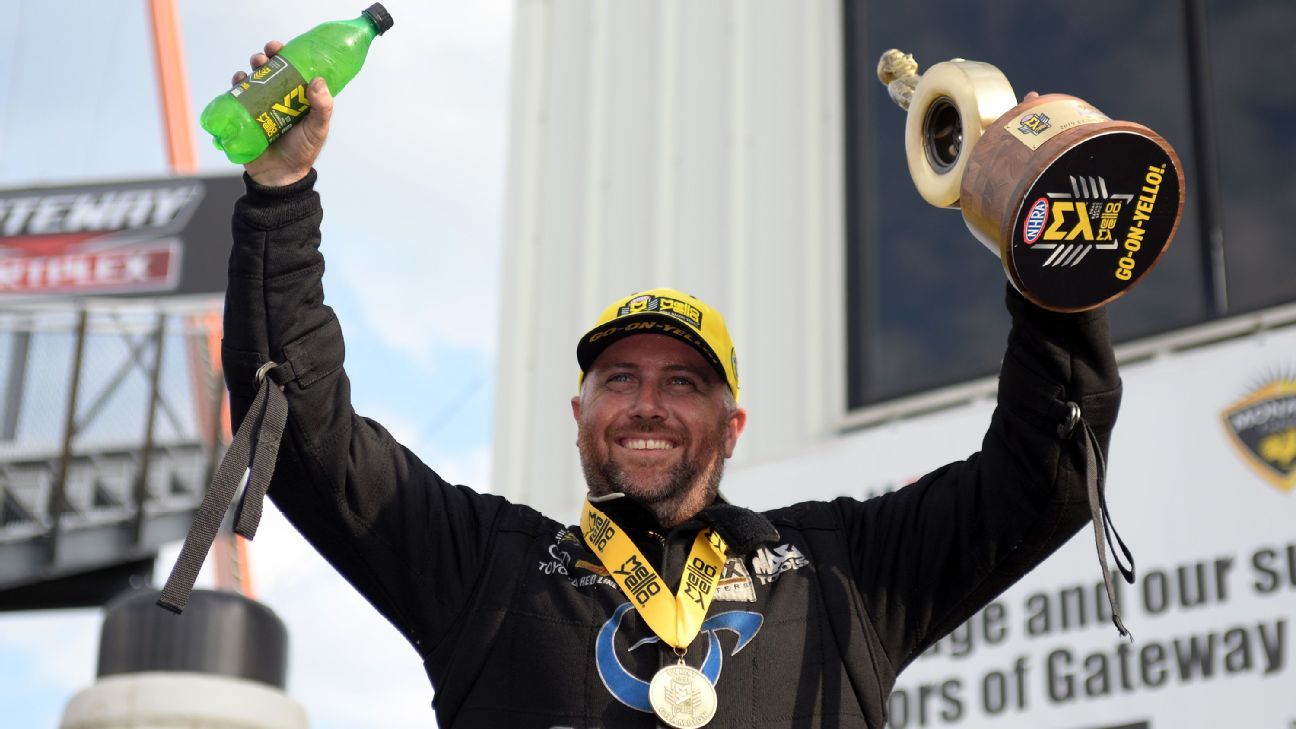 Langdon, a former Top Fuel season champion, is the second driver in NHRA history to win in both nitro classes at the St. Louis-area track. He topped Todd with a 4.068-second run at 310.41 mph in a Toyota Camry for his second career Funny Car win and 16th overall victory.

“What an incredible day,” Langdon said. “Going through qualifying, we had a consistent car. We’ve got such a great group of guys and it was a pretty good day. Anytime you can get a win in this class, it builds momentum. We had to make some big changes coming into St. Louis and the car was flawless for me to drive.”

Billy Torrence won in Top Fuel at the second of six races in the NHRA Mello Yello Countdown to the Championship playoffs. Torrence had a 3.835 at 319.67 to beat son Steve for his third victory of the season and fourth in his career.

Enders edged Matt Hartford with a 6.598 at 208.36 in a Chevrolet Camaro. She won for the first time this year and 24th overall.

Stoffer picked up her first win in four years and ninth overall, beating Andrew Hines with a 6.89 at 197.74 on a Suzuki.