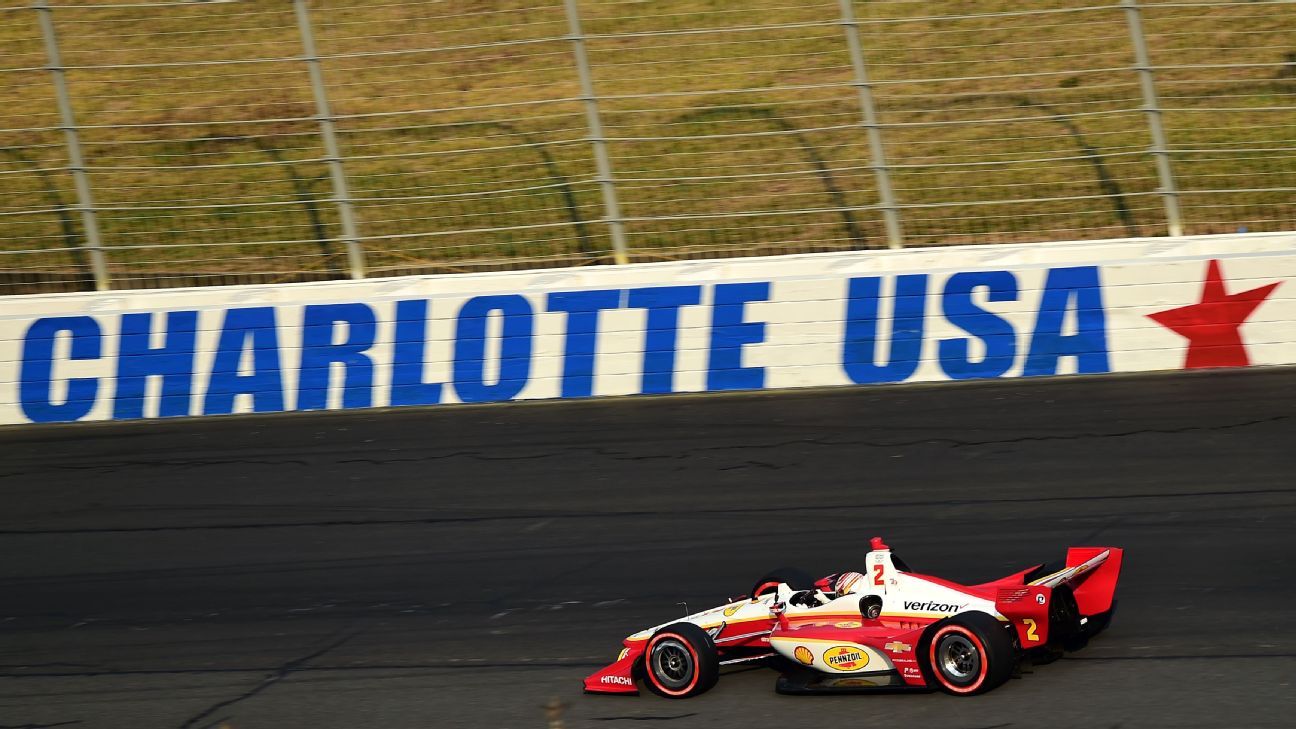 CONCORD, N.C. — IndyCar champion Josef Newgarden turned exhibition laps Friday at Charlotte Motor Speedway in the first appearance of an open-wheel car at the track since three spectators were killed 20 years ago.

His exhibition took place roughly 30 minutes after William Byron won the pole for the NASCAR race at 103.198 mph. Newgarden’s car was not wired for public timing, but a stopwatch clocked his laps.

“Honestly, it felt pretty good,” Newgarden said. “We’re a different series, so we have a different tire make, and normally on back-to-back weekends, or a single weekend with different series running together, you’d have to clean the track up every time your series goes out, so I was kind of cleaning the track myself.

The exhibition was put in motion by Shell Pennzoil, a Team Penske sponsor for both Newgarden and reigning NASCAR champion Joey Logano. Newgarden called it the highlight of his championship week celebration, which took him to a Yankees game in New York, where he held Babe Ruth’s bat, multiple national appearances and finally his acceptance of the championship trophy at Thursday night’s season-ending awards ceremony in Indianapolis.

Then he was off to North Carolina for his first look — and first laps — on the Roval race course.

“It was a little bit of a treat for me after the championship. This was like my gift,” he said.

IndyCar ran three times on the oval at Charlotte Motor Speedway from 1997 until 1999, but former track president Humpy Wheeler vowed never to have the series back after a tire and wheel assembly flew into the grandstand following a crash in the 1999 race. Three spectators were killed when they were hit by the debris.

Wheeler did not resume the race, which had not reached the halfway point and is recorded as a canceled event in the record books.

But there’s renewed interest in IndyCar, and Speedway Motorsports CEO Marcus Smith has said he’s open to hosting a doubleheader with NASCAR and the open-wheel series at one of SMI’s properties. Although the Roval would be a strong fit, its place on the NASCAR schedule currently comes after IndyCar’s season finale.

“There really aren’t any hurdles, necessarily. It’s really just schedules, timing, how that all works. Obviously, our season ended last week,” IndyCar president Jay Frye said. “Obviously there’s been talk about a doubleheader; we are open to that. Today was obviously a thing Shell and Pennzoil put together and it was really cool to see the fans’ perspective and the teams’ perspective — the Cup teams were all watching.”

Newgarden was met in victory lane by Team Penske teammates Logano and Ryan Blaney, who immediately wanted a debrief from the new champion. Logano at one point marveled to Newgarden, “You were hitting another gear where we brake.”

Newgarden said the interest in moving toward unifying racing has him excited for the future.

“There just seems to be a lot more movement to racing fans being racing fans again,” Newgarden said. “I love that because I’m a huge NASCAR fan myself. It doesn’t matter that I grew up racing open-wheel cars. I still appreciate top-level racing, and these guys are the best at what they do. They feel the same way about us.

“This whole discussion that’s emerging about trying to promote racing as a whole is a really great thing. I love it. I’m so interested in what they do all year, and I think it’s the same from their side, so the more we can do together in the future the better.”