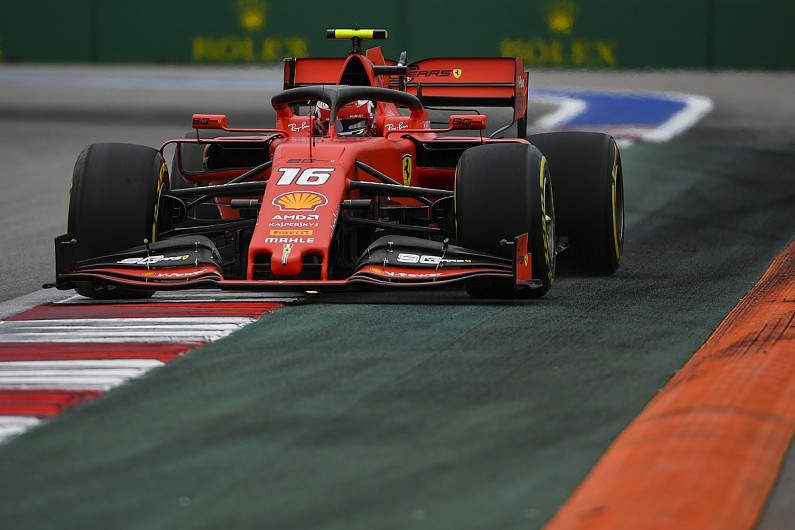 Ferrari believes its encouraging Russian Grand Prix practice pace has validated the performance of its latest Formula 1 aerodynamic package, and will not introduce any more major updates this season.

The Italian team claimed a shock pole position and victory in Singapore last weekend having struggled at high-downforce tracks all season.

After that result Ferrari team principal Mattia Binotto said that the major upgrade package the team introduced in Singapore could not explain the entirety of its performance step.

However, after Charles Leclerc lapped second quickest in Friday practice at Sochi, 0.3s slower than Red Bull’s Max Verstappen and the same distance clear of the lead Mercedes, Binotto was left encouraged.

“We were competitive and that was important for us,” he said.

“We did a fantastic qualifying [performance] in Singapore with the new aero package.

“It was important to confirm how good was the package coming here, different types of tracks and set-ups.

“We’ve been fast, and competitive on the high-fuel runs, so in general I am quite happy.”

Binotto and Ferrari’s sporting director Laurent Mekies both said on Friday in Russia that the team’s biggest development work for this season has now been completed.

“I would say that we are really now focused mainly on next year’s car, back at the factory,” said Binotto.

“And if any there are updates this season, will not be as major as the one we had in Singapore.”

The ultra-smooth Sochi circuit was expected to favour Mercedes more but the championship-leading team appeared to struggle to extract performance from the softest-compound Pirellis on Friday. 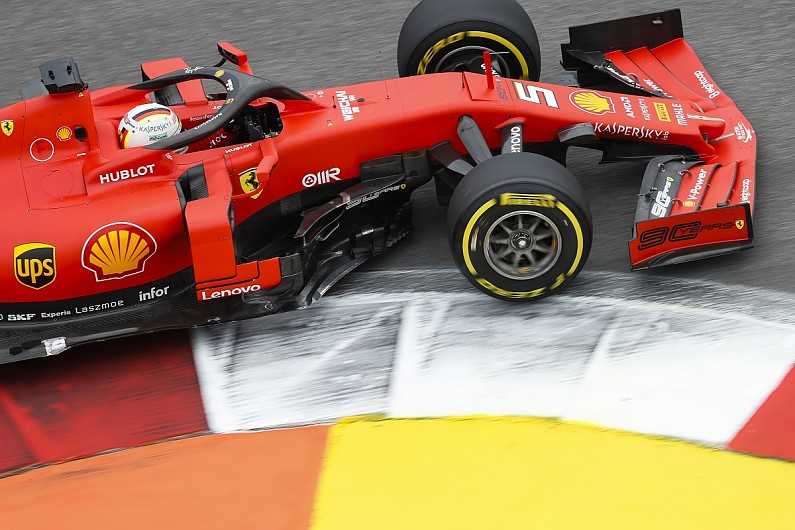 That has opened the door for Ferrari to eye a fourth straight victory, as Verstappen carries a five-place grid penalty into Saturday’s qualifying session courtesy of a Honda engine change.

Leclerc described his Friday as a “pretty positive day”, having been particularly encouraged by what he felt was “probably our strongest race pace we’ve had in FP2 since the beginning of the season”.

“I think Red Bull are quite strong, but we focused on ourselves,” he said.

“I think there’s still quite a lot of laptime to be gained on our side, the balance was not exactly how I wanted it to be, especially in the qualy runs.

“It’s a track where the rears are struggling a little bit in the last sector, so you need to maybe compromise a little bit more the first sector to be better in the third sector.

“We are trying to find the balance in that.”

Team-mate Vettel was seven tenths down on Leclerc’s pace, but said it was “nothing to worry [about]”.

“We tried some stuff, some runs were good and some were not, so obviously we need to make sure we understand exactly why and decide the right things,” he explained.

“But I’m quite happy. The car was good at some stage today, so I’m pretty confident it will be tomorrow.”