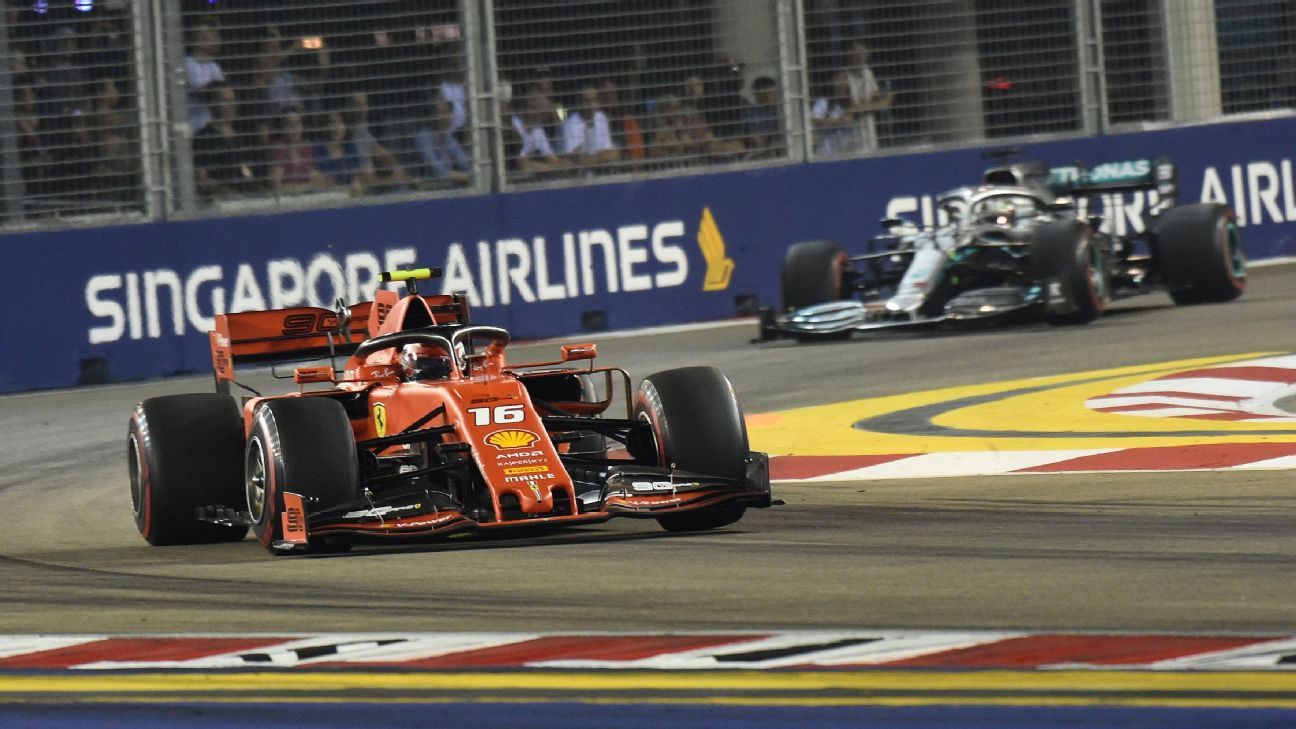 Mercedes shares Lewis Hamilton’s opinion that the reigning world champion would have easily won the Singapore Grand Prix with a different strategy.

Hamilton finished fourth at Marina Bay but had looked like a contender for the victory early on. The result hinged on Ferrari’s decision to pit Sebastian Vettel earlier than expected and before the cars in front — known in F1 as ‘the undercut’ — which allowed him to jump both Hamilton and his own Ferrari teammate Charles Leclerc.

Like Hamilton, Leclerc was left baffled at his team’s choice to not pit earlier. While Ferrari pitted Leclerc soon afterwards, Mercedes was forced to stretch out Hamilton’s opening stint in the hope of a Safety Car.

That failed to materialise and by the time the championship leader made his own stop he was well out of contention for victory.

“We missed an open goal today by not taking the undercut on lap 19,” Mercedes’ head of trackside engineering Andrew Shovlin said after the race. “We had talked about it but didn’t really react quickly enough to how fast Charles’ tyres were dropping.

“We decided to call Valtteri to do the opposite to Verstappen on the lap that mattered but obviously we should have made that call with Lewis, and made it late enough that they would not be able to react. That was our opportunity to win and it’s upsetting when you let something like that slip through your fingers.”

Mercedes boss Toto Wolff did not shy away from admitting that his team had simply made the wrong call.

“The mood that we all feel, and we all felt coming together, is just annoyance, that we just lost too many opportunities. There is nobody in the team that hasn’t got that feeling.”

Explaining why Hamilton was kept out for as long as he was, Wolff explained that the feeling was third place was still up for grabs.

“At that stage we lost P1 and P2, it was about protecting P3 against Max, we felt that the tyre had more, it was our only chance to overcut and there was this big gaggle around Lance [Stroll] and [Antonio] Giovinazzi, and the Ferraris were catching up quickly, so we would have hoped that it would have stopped the Ferrari train. But as a matter of fact then Lewis’ times dropped below the Giovinazzi times, out of nowhere, and this is when it was game over for us.”