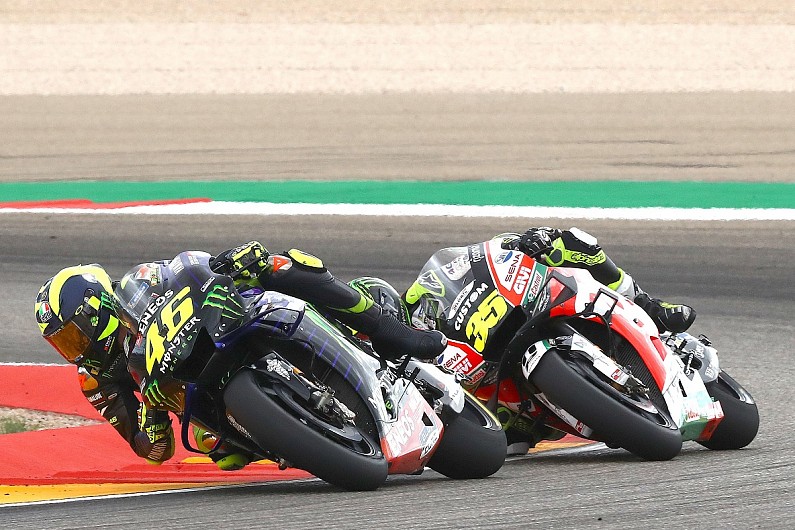 Valentino Rossi does not understand his “bad” pace in MotoGP’s Aragon Grand Prix, which left him 23.6 seconds from the win in eighth place.

While they finished fourth and fifth – with Vinales a podium contender all race – Rossi says he suffered a “big, big drop” in rear grip after only a handful of laps, which led to a sharp pace fall-off.

Rossi is at a loss to explain why this happened more to him than either Vinales and Quartararo, but believes this is a Yamaha problem rather than a tyre issue, and notes that he has “always” battled this in 2019.

“I know that my pace was not fantastic, really not enough to fight for the podium,” Rossi began.

“But I hoped and I expected to be stronger. The race was very difficult because we started with the hard like the other Yamahas.

“Quartararo and Maverick also have some problems at the end, but I already had a big, big drop from the rear tyre after five, six laps.

“So, unfortunately I had to slow down and my pace was quite bad, but it’s not a problem of the tyre: more a problem with us [Yamaha], our settings, because in the second half of the season we modified [the bike] and I was more competitive in general.

“But we always have this problem with rear grip, and we suffer more than Quartararo and Vinales.”

Rossi was left even more baffled by the fact he felt better on the same tyre combination during race runs in Friday’s practice sessions, which made his struggles “difficult to predict”. 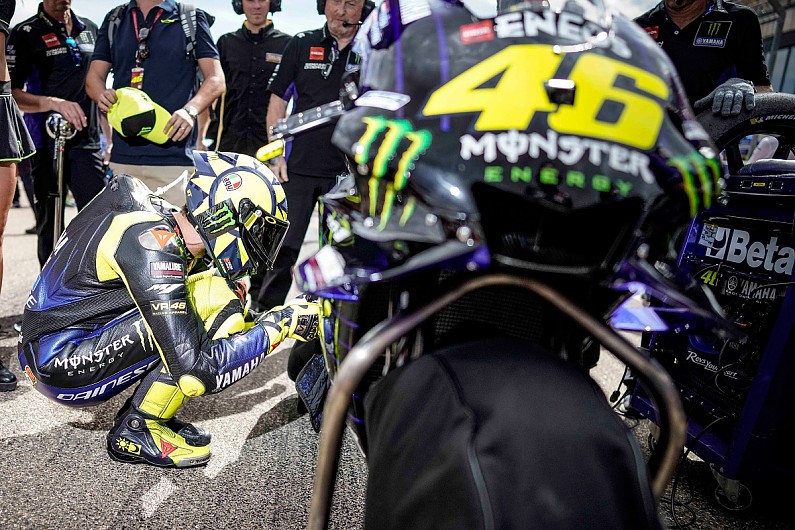 “Unfortunately, here the grip is very bad – as bad as Misano, maybe worse,” he explained.

“But, for some reason on Friday I was not so bad. But afterwards on Saturday I had some problems, and today was the worst day.

“It’s also difficult to predict because with the same bike and same tyre on Friday, I was not so bad.

“But today I suffered more. Sincerely, we don’t understand why.”

Rossi was asked if the new exhaust and carbon swingarm package he has used since the Misano test had a hand in his tyre woes, as team-mate Vinales opted against using the exhaust because it made setting up the bike more “critical”.

But Rossi does not believe this is a factor, adding: “I had this lack of grip already in Austria and Silverstone, and I had the old stuff there.

“So, for me, it’s something else, because I have a lack of rear grip, especially on the edge [of the tyre].

“I slide a lot, and when you slide the edge at speed you damage the tyre.”