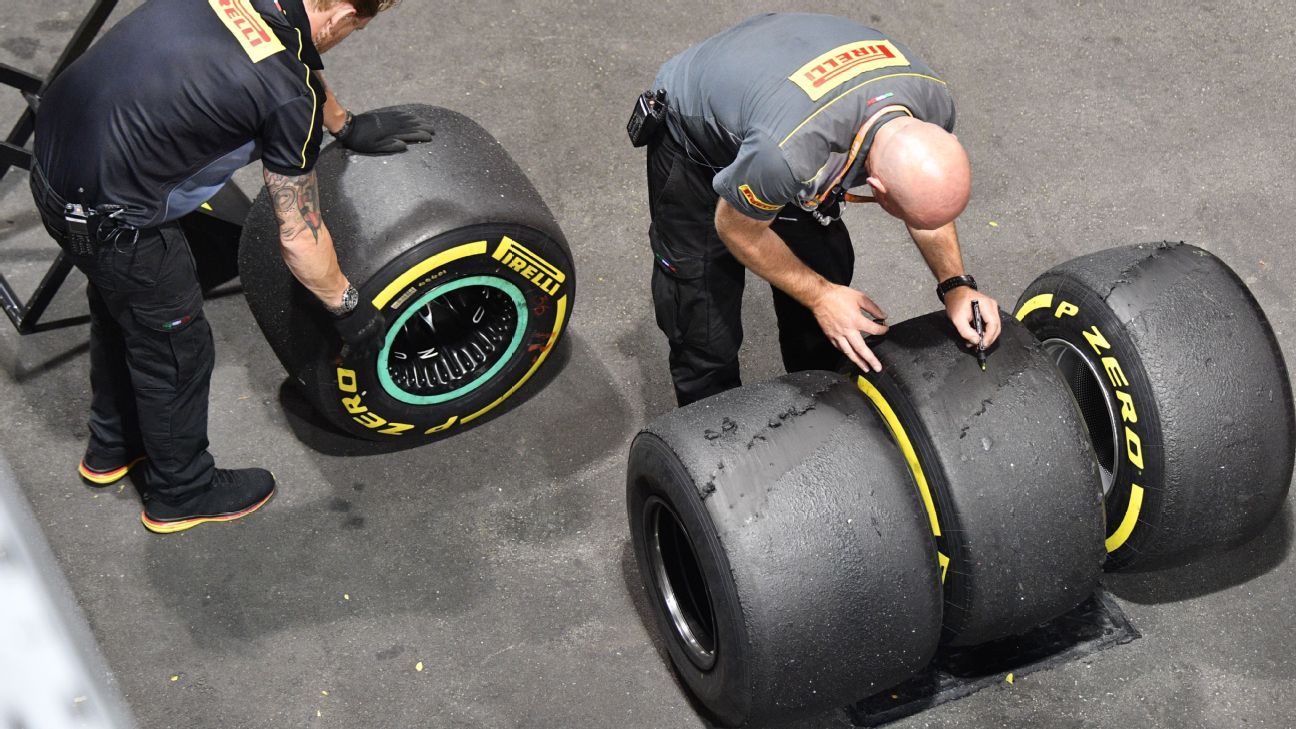 SINGAPORE — Under normal circumstances the Singapore Grand Prix would be a one-stop race, but there should be opportunities to use tyre strategy to make up positions.

The performance of the soft tyre is good for about 10 laps, but will drop off rapidly once degradation takes hold. That means drivers willing to make a pit stop before their rivals could benefit from the extra performance of a fresh set of mediums, rather than ageing softs. This is known as the undercut and any driver with a gap behind him is likely to try this strategy to come out on fresh tyres and in fresh air to try and make up the difference.

Charles Leclerc, who starts from pole on soft tyres, could be vulnerable to the undercut given the performance advantage of Mercedes in race spec. Lewis Hamilton starts behind him on softs as well and will likely try to push Leclerc hard early in the race so that the Ferrari hits a drop off in degradation. Leclerc, meanwhile, will be trying to preserve his softs and control the pace as much as possible to keep his tyres alive and Hamilton at bay.

Expect to see the earliest pit stops around lap 11 to 12, with those looking to go longer on softs potentially stretching the life of the rubber as late as lap 18 or 19. Drivers are expected to switch to mediums from the softs, but hard tyres could also be an option if degradation levels are higher than expected (and if an opportunity to pit under a Safety Car occurs early in the pit window).

The response to the undercut is to try and stay out longer in the hope that a Safety Car comes out, offering a relatively “cheap” pit stop in terms of time. There has been a Safety Car at every Singapore Grand Prix since the inaugural race in 2008 and a driver that pits under Safety Car conditions stands to save 11 seconds over a pit stop at normal racing speeds (16 seconds vs. 27 seconds).

Those with a free choice of tyres for the start of the race (Antonio Giovinazzi backwards) may choose to start on the mediums as that allows greater flexibility for strategy. Starting on medium tyres will extend the pit window to somewhere between lap 40 to 48 to switch to softs, but also opens up the possibility to switch to hards earlier if a Safety Car comes out and a cheap pit stop is on offer.