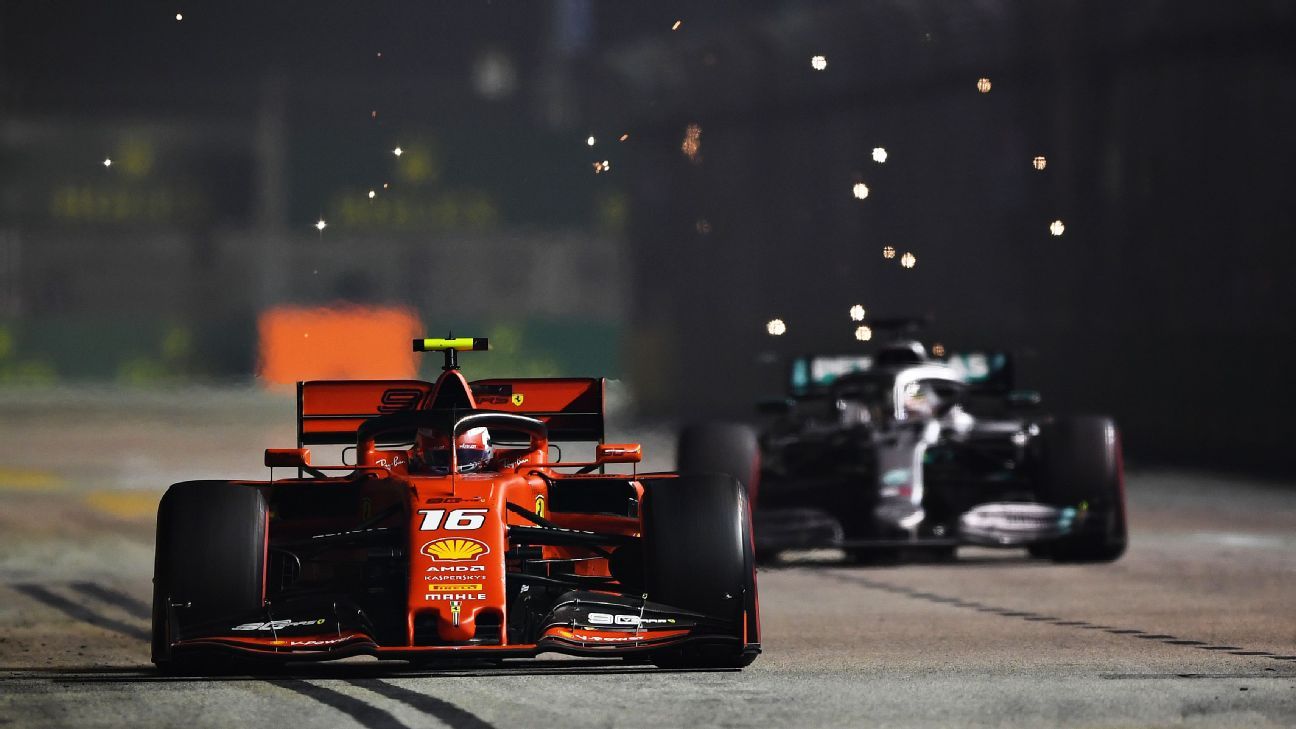 Lewis Hamilton was left scratching his head at the Mercedes strategy call which saw him go from challenging for victory at the Singapore Grand Prix to finishing off the podium.

In the opening stages Hamilton was pushing Charles Leclerc for the lead as the lead drivers waited to pull the trigger on the opening round of pit-stops. However, it was third-placed Sebastian Vettel who did so for Ferrari — that decision ultimately propelled him ahead of both Hamilton and his own teammate, Charles Leclerc, for a lead he converted into victory.

Hamilton was forced to extend his first stint on the soft tyre in the hope of a Safety Car period — that did not happen in time, leaving him in fourth position by the time he had made his own stop. He would fail to get past Max Verstappen for the final podium spot in the closing stages of the race.

The reigning world champion, who still holds a healthy 65-point lead over Valtteri Bottas, felt he would have been celebrating victory had Mercedes reacted first.

“I knew that we should have undercut,” Hamilton said after the race. I knew it this morning as well in the [strategy] briefing, I was like I should take the risk, but they didn’t.

“But we win and lose together as a team so we will take this on our chin. It’s painful for us because we could have easily won today but it just didn’t work out.”

Leclerc was also frustrated with Ferrari’s strategy, questioning why he wasn’t given the first stop when he had been the lead car.

Ferrari has now recorded three straight victories — Hamilton claimed eight of his own before the summer break. Despite the recent form Hamilton is convinced Mercedes is still the better team but keeps tripping over itself.

“It feels like they are hungrier than us. We’ve just got to step it up.

“We’ve got the ability and we’ve got the team, we’re still the best team. We’ve just got to stop dragging our feet and get on. We’ll debrief or re-huddle, get back in the scrum and come back fighting at the next race.”